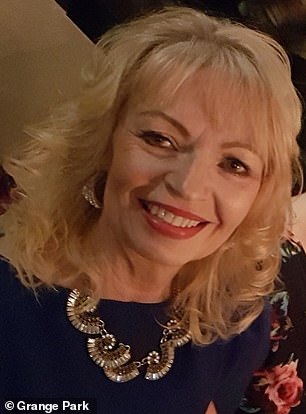 Pauline Wood, from Grange Park in Sunderland, is under investigation for the comments she made on a BBC radio station

A primary school headteacher has been suspended for claiming some staff were ‘sat at home doing nothing during’ lockdown.

Pauline Wood, from Grange Park in Sunderland, is under investigation for the comments she made on a local BBC radio station.

Mrs Wood, who spearheaded the school’s ascent up the Ofsted grading system from ‘inadequate’ to ‘outstanding, blasted some teachers for not pulling their weight while others came up with ‘imaginative things’ during their time off.

She told BBC Radio Newcastle: ‘Some teachers are coming up with the most imaginative, amazing things and other people do sit at home doing nothing. I won’t defend those people.’

She later added: ‘Some teachers have been in [schools], but many have not been in at any time. Safety is paramount, but don’t make out teachers have all been working flat out.’

She said it included people from her school, adding: ‘I think it’s time we talked about the elephant in the room.’

The BBC interviewer praised Mrs Wood for ‘her honesty’ which he described as ‘very refreshing’.

Some staff had reportedly refused to work on site for three days a week – instead of two – citing problems getting childcare cover. 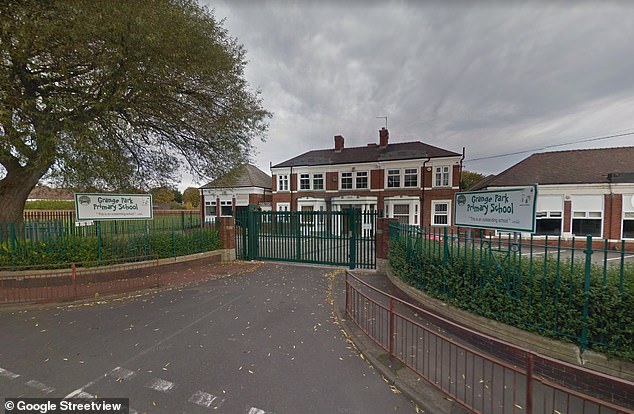 The head teacher has been at Grange Park for 15 years and has been praised for her ‘relentless’ pursuit of ‘excellence’ in recent Ofsted reports.

She was credited with overseeing an extremely positive impact on pupils’ outcomes’ and saw the school shortlisted for a prestigious TES award in 2012.

It came as primary schools tentatively allowed pupils in reception, year one and year six back to class from June 1.

Mrs Wood was suspended by governors who told her the saga had ‘raised serious concerns about your professional conduct and judgement… which potentially brings the school into disrepute’.

But the academic – who was due to leave the school in September – hit back, telling Schools Week she was concerned her ‘truthful answer’ got her suspended and found it ‘disheartening’.