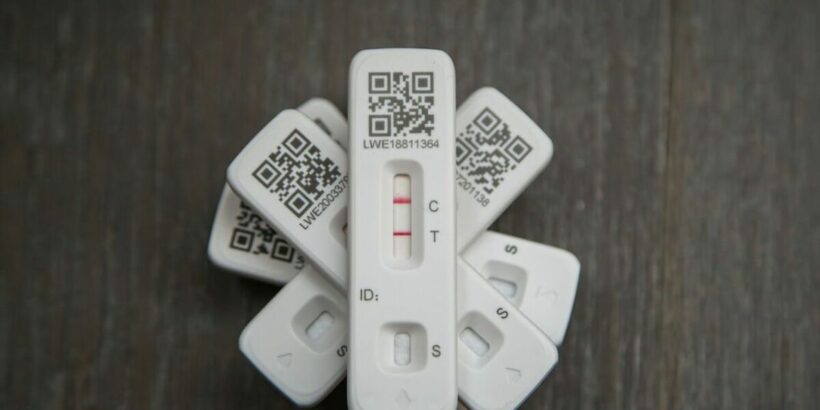 ITV 'should be ashamed of themselves' says Covid victim's family

Covid strains have started spreading as a “variant soup”, with cases accelerating across Europe, Australia and China. Health experts have warned Omicron’s “grandchildren” are now filling the gaps where the previous variant was once rampant. A health specialist raised the fears as the UK sees Covid cases rise in late 2022.

Speaking to morning show Sunrise, he warned people to take their updated vaccines as a series of new variants surge across the planet.

He named several variants he was “watching closely”, including emerging strains XBB and BQ.

Dr Griffin explained those two are among Omicron’s “most concerning” offspring in circulation.

He said: “Some have described it as a ‘variant soup’, because there are so many new ones at the moment.

“Perhaps the two most concerning are BQ which is an offshoot of BA.5, which has been detected mainly in Europe and the US, and around 10 per cent of cases globally.

“And the other is XBB which has been causing problems in Singapore and India.”

The World Health Organisation (WHO) has identified more than 300 Covid “sublineages”, 95 percent of which come from the variant.

Other variants include BQ.1 and BQ.1.1, which have largely replaced Omicron since summer 2022.

The two have evolved resistance to immune system defences that make them harder for the body to recognise and neutralise.

Evidence from areas with high incidence of both variants suggests they aren’t as dangerous as their ancestor.

The UK is yet to see any significant fallout from the new variants, with cases currently falling.