Hsu Animal Sanctuary co-founder Hsu Wen-Liang was led to the poor dog which was trapped in the hardened tar in the ground. 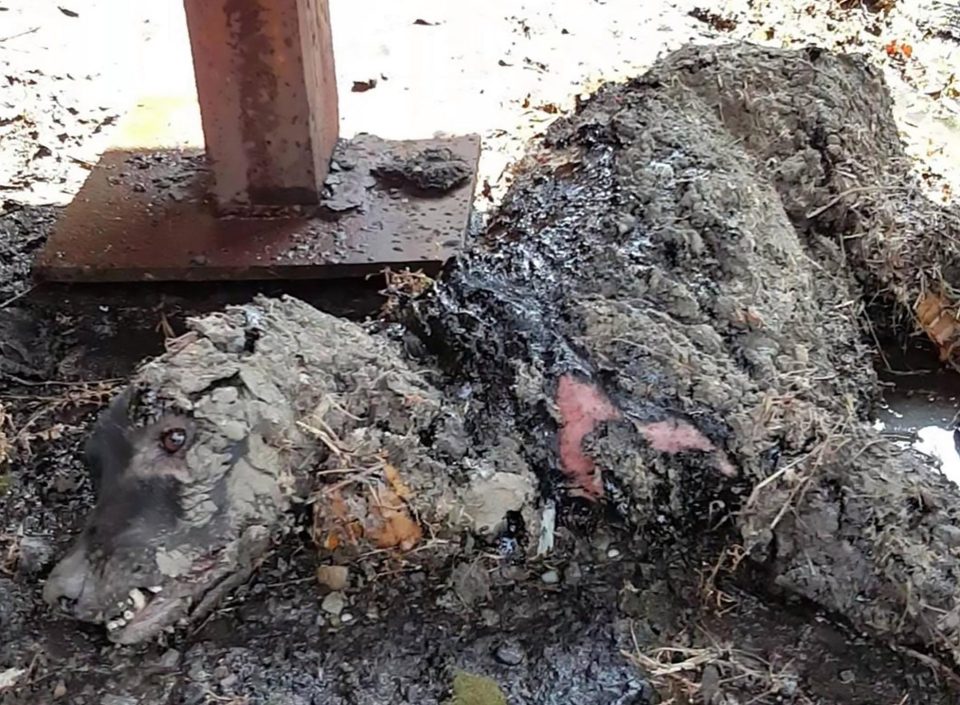 The pooch, a male, was spotted by a worker in Tainan City in south-west Taiwan, who then contacted the animal sanctuary for their assistance.

Hsu Animal Sanctuary is known for rescuing stray dogs in the region.

Video of Hsu's heartbreaking encounter shows him picking up the dying stray with a blanket and trying to feed it some water using a syringe.

The animal is defensive at first but later accepts the help. 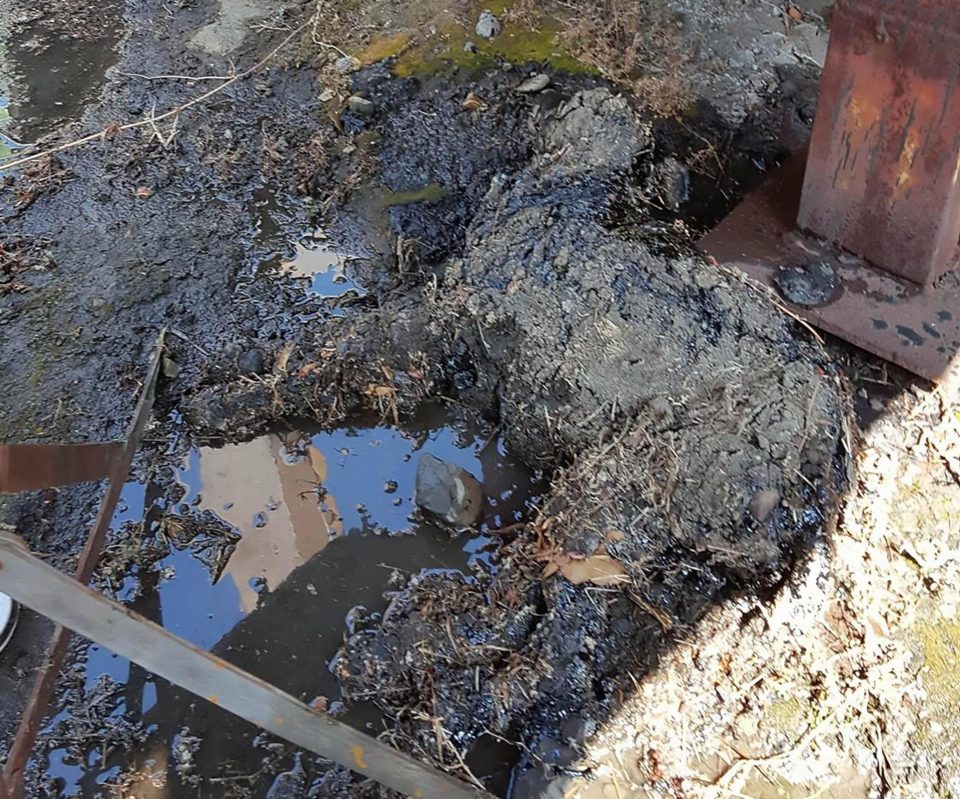 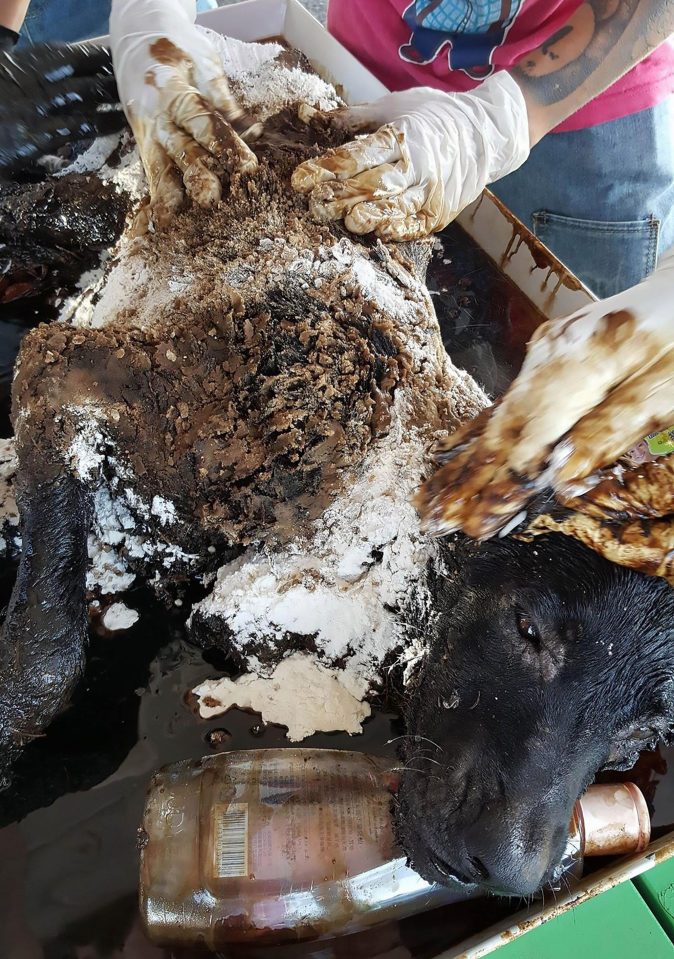 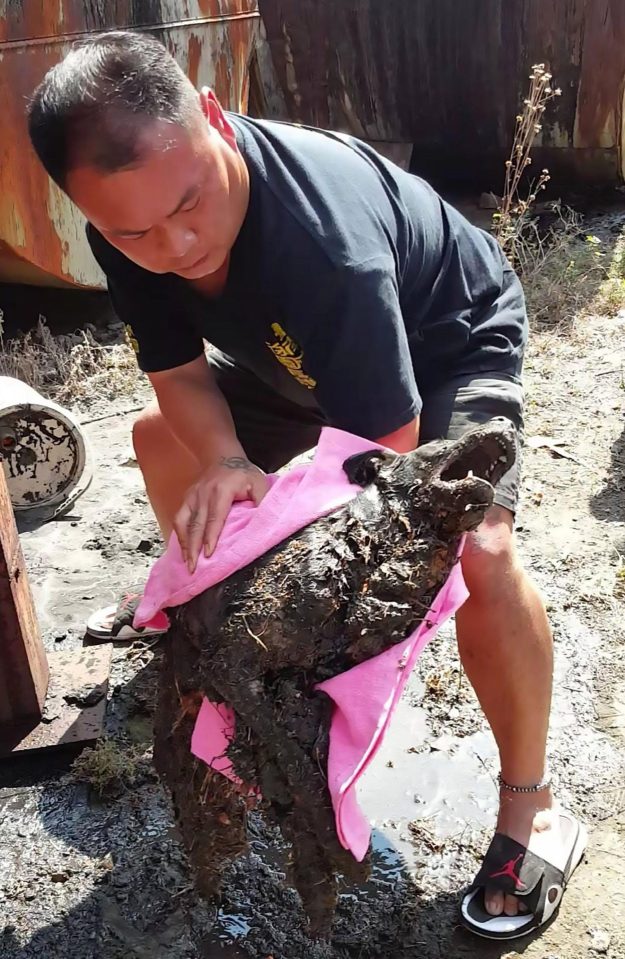 The pooch, which the volunteers named 'Shan Fu', was cleaned for hours using
vegetable oil and flour.

The dog's asphalt-encased body meant it was unable to move to find food or water.

In the video, Hsu and the other volunteers said they planned to continue cleaning the dog for days to come.

With Shan Fu appearing to regain some of his strength, the volunteers plan to eventually shave the dog's fur to help it grew a new coat. 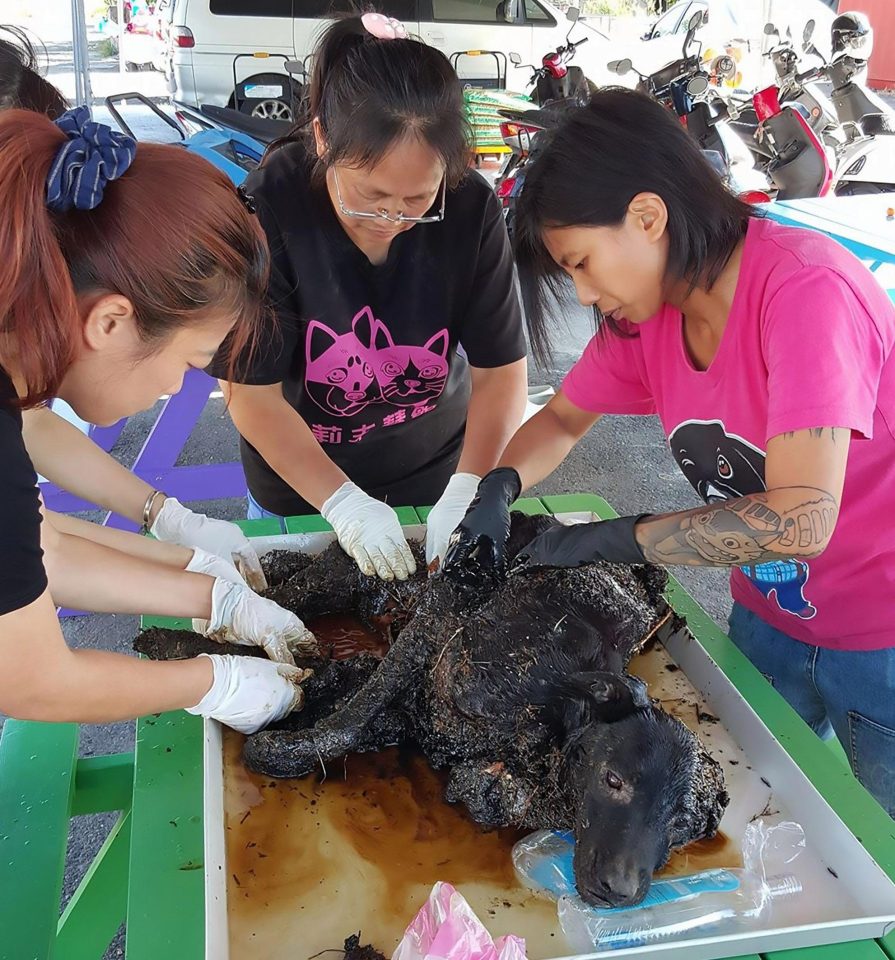 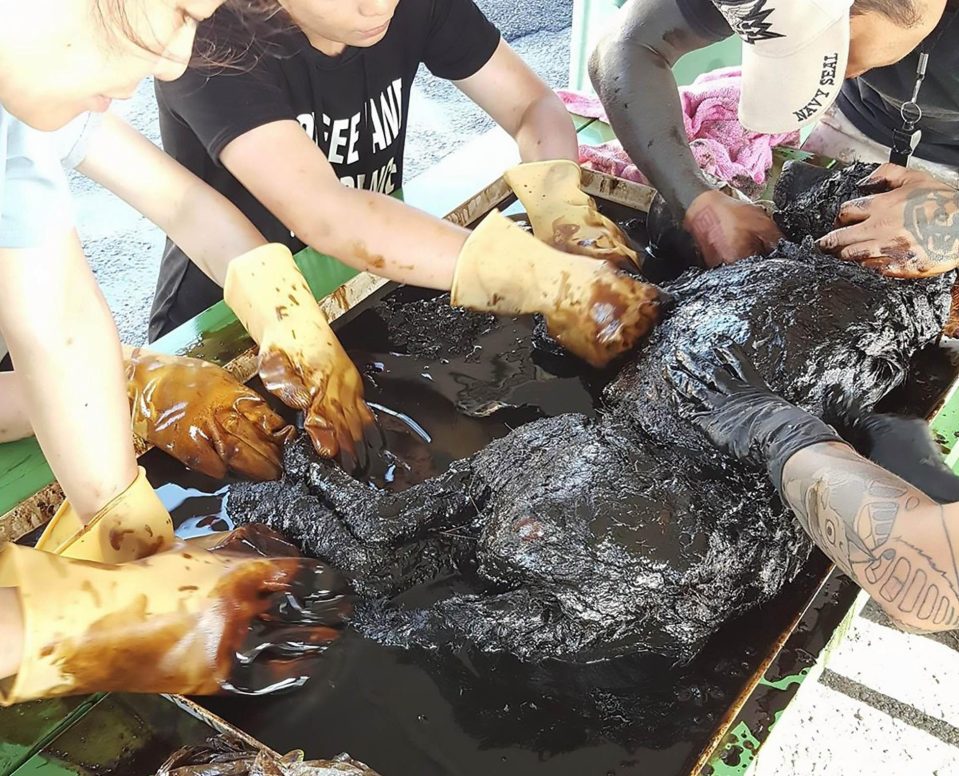 The Tainan City Animal Protection Office said they were treating the incident as an accident, believing the animal trapped itself in asphalt at the bitumen plant.

However they also said that if any evidence of animal abuse should arise, the office would punish the culprit with fines and possibly jail time.

The Hsu Animal Sanctuary was founded by Hsu's sister, Hsu Wen-Hui, who is known for saving dogs "from death row" at government-owned pounds. 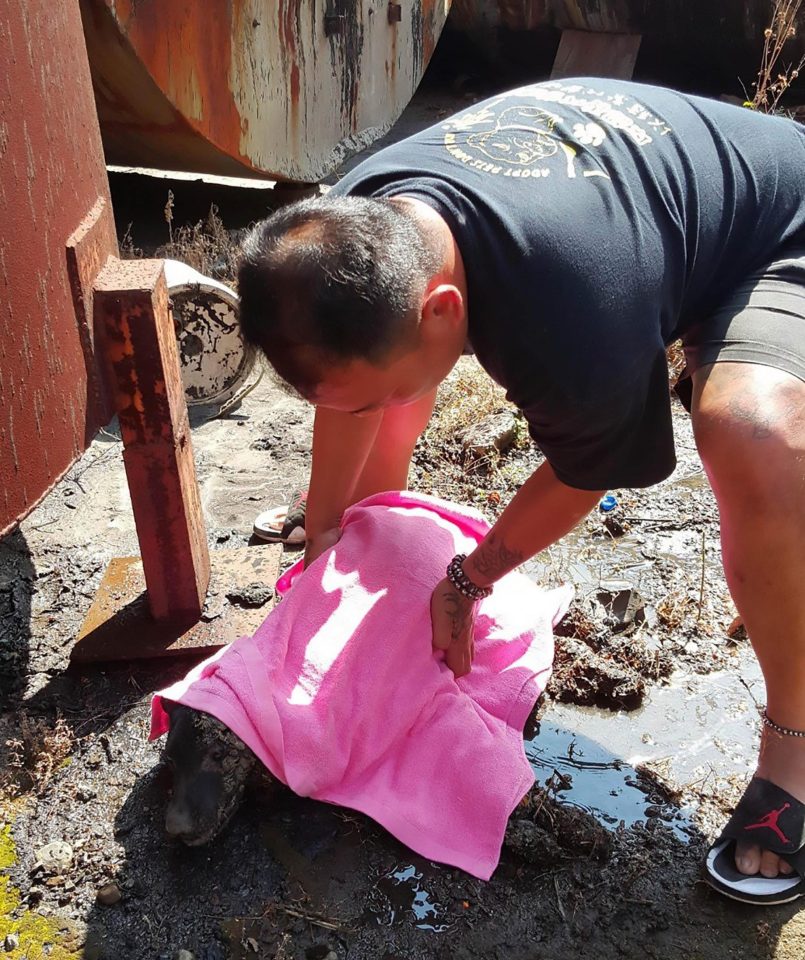