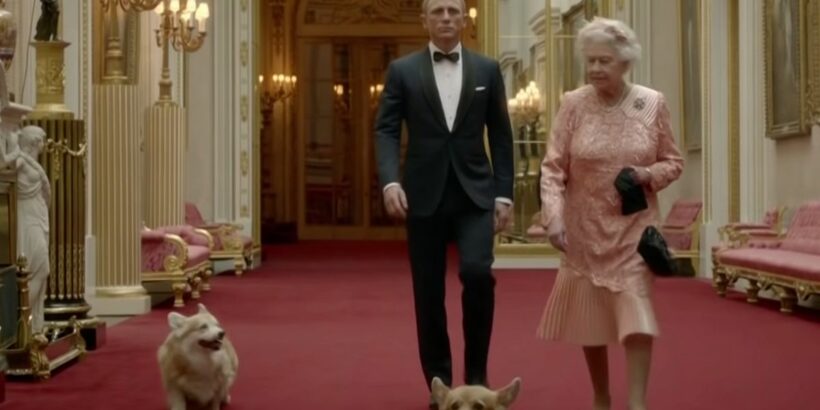 The Queen's corgis are a beloved symbol of Her Majesty's home life, and the loveable pooches have become synonymous with Buckingham Palace and the Royal Family.

Since ascending the throne in 1952, the Queen has relished the company of more than 30 corgi pets and her affection for the short and stout dogs led her to mate them with sausage dogs, creating the so-called 'dorgi' crossbreed.

As a young princess, she fell in love with the corgis, naming her first one Dookie and going on to say "my corgis are my family".

READ MORE: Prince Charles and William travelling to Balmoral to be with Queen over health concerns

Yet it was reported that a decade ago, the monarch stopped breeding Pembrokeshire Welsh Corgis because she did not want to leave any behind when she dies.

Despite his encouragement for further breeding in 2012, Monty told Vanity Fair: "But she didn't want to have any more young dogs. She didn't want to leave any young dog behind. She wanted to put an end to it."

The pooches have occasionally caused a nuisance, not least with the visit of singer Max Bygraves who once revealed how a flatulent corgi left him red-faced over dinner with the monarch.

He told her: “I hope you don’t think that was me.”

As well as being the scourge of servants – not their fault as corgis are "heelers" and trained to nip at the heels of the cattle they drove and guarded – Whisky, a grandson of Susan, was even said to have taken a bite out of the seat of a Guards officer’s trousers.

The Queen herself once needed stitches after she was bitten on the hand while trying to break up a fight between six of her corgis and two of the Queen Mother’s at Windsor.

She helped introduce Dorgis as a popular breed when her Corgi Tiny was mated with a Dachshund called Pipkin, owned by her sister Princess Margaret.

The Queen looked after her pets whenever her schedule permitted, mixing their feed with a spoon and fork, from ingredients brought on a tray by a footman.

It was said that if the Queen came in wearing a tiara, the corgis would lie glumly on the carpet but if she was in a headscarf, they knew it was time for a walk.

In 2012, one of the Queen’s corgis, Monty, had a starring role in the James Bond sketch that the Queen recorded for the London Olympics opening ceremony.

Monty and two other pets, Willow and Holly, greeted the secret agent, played by Daniel Craig, as he arrived at the Palace to accept a mission from the Queen.

The dogs ran down the stairs, performed tummy rolls and then stood as a helicopter took off for the Olympic stadium, carrying Bond and a stunt double of the Queen.

There are two corgi breeds – the Pembroke favoured by the Royal Family, and the slightly larger Cardigan.

The Kennel Club says the Cardigan is thought to be the older breed.

The word corgi is thought to be rooted in the Celtic "cor" meaning dwarf and "gi" – dog. They were bred for driving cattle – hence the ankle-nipping – where their short legs worked well on the Welsh hillsides.