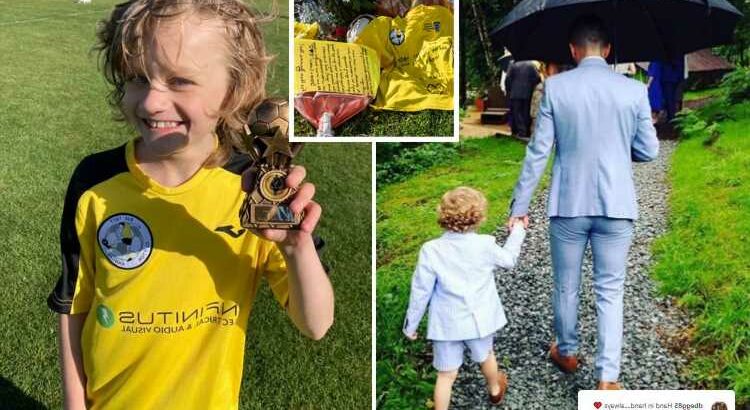 THE heartbroken stepdad of a nine-year-old boy who was killed by lightning while playing football has posted a picture of them holding hands.

Jordan Banks, was taking part in a one-on-one session on a playing field in Blackpool when the horror unfolded last night. 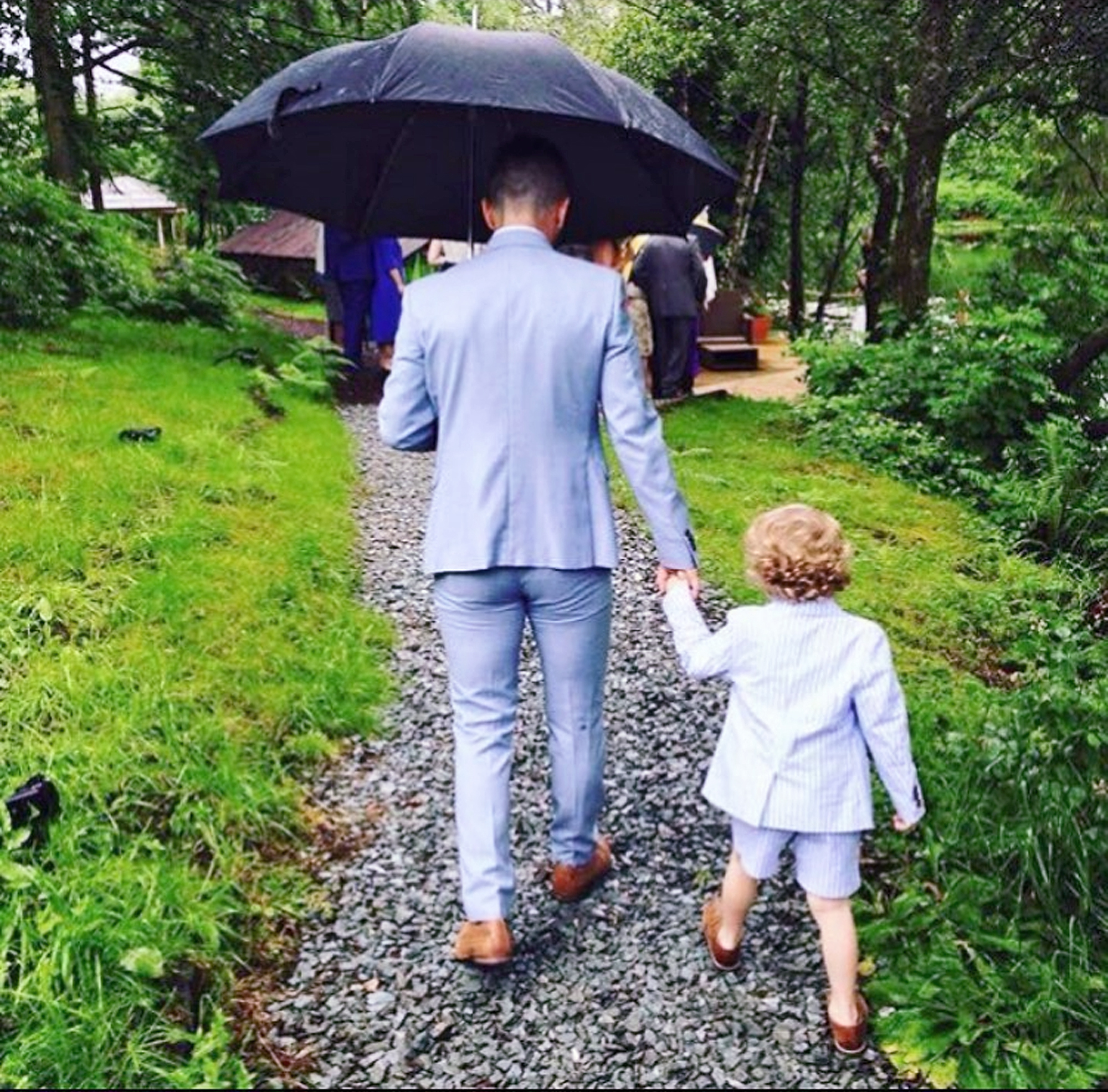 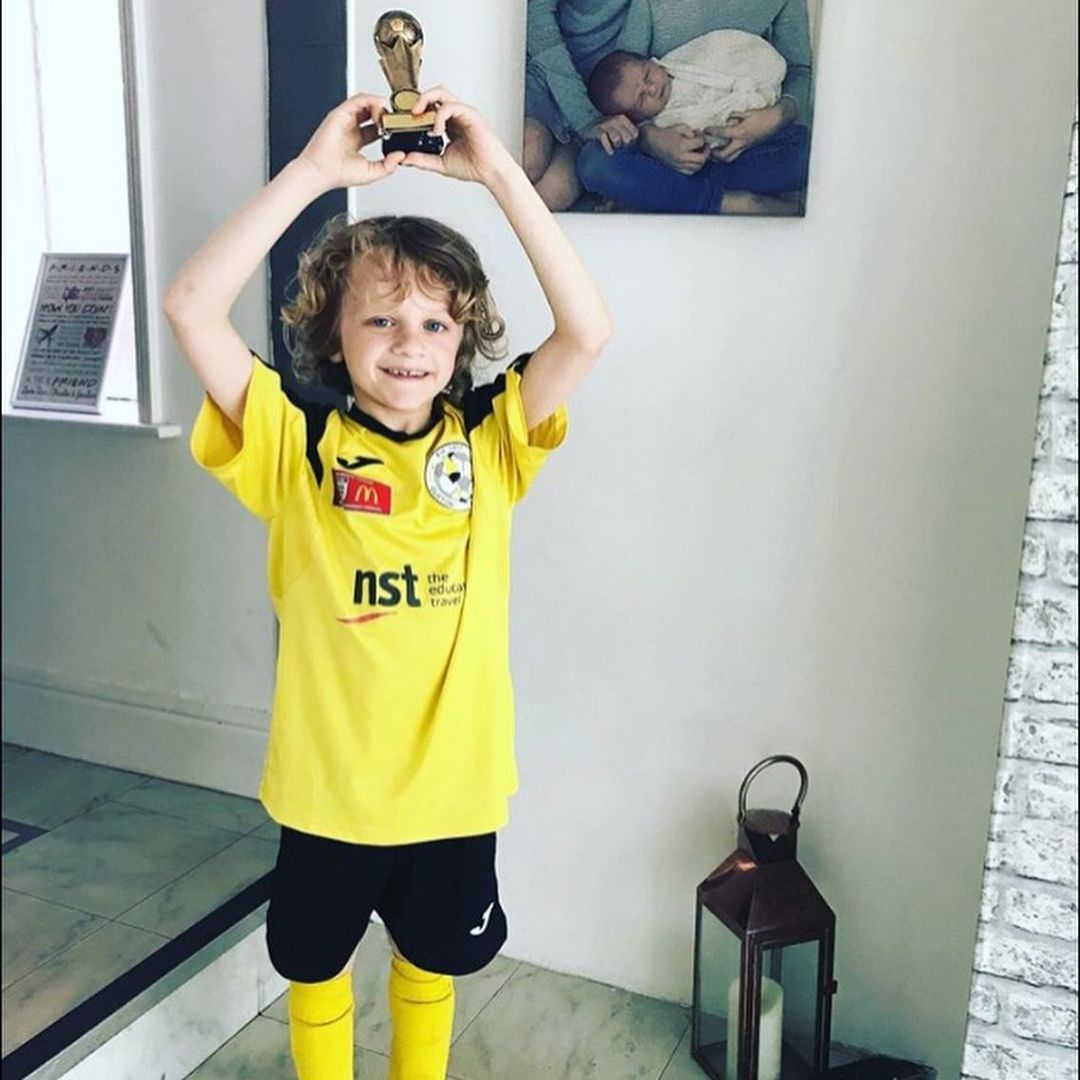 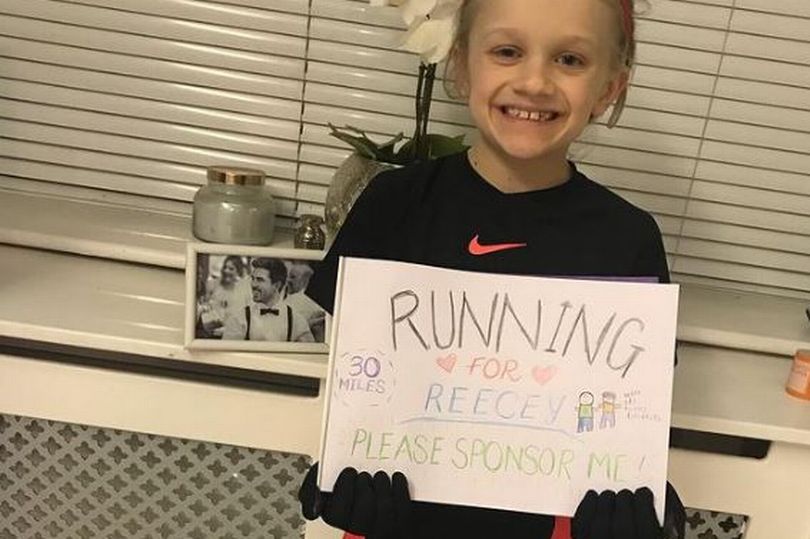 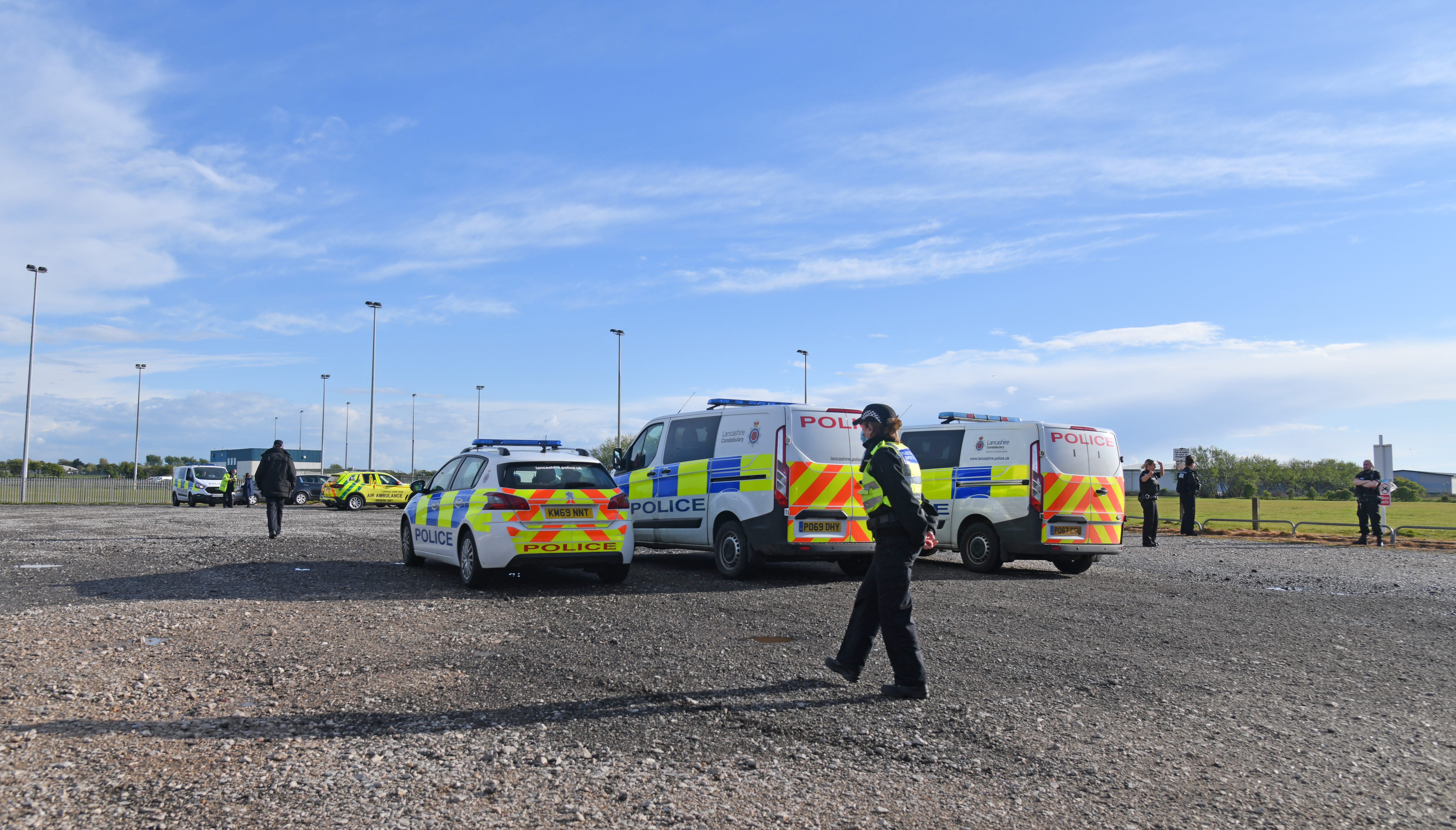 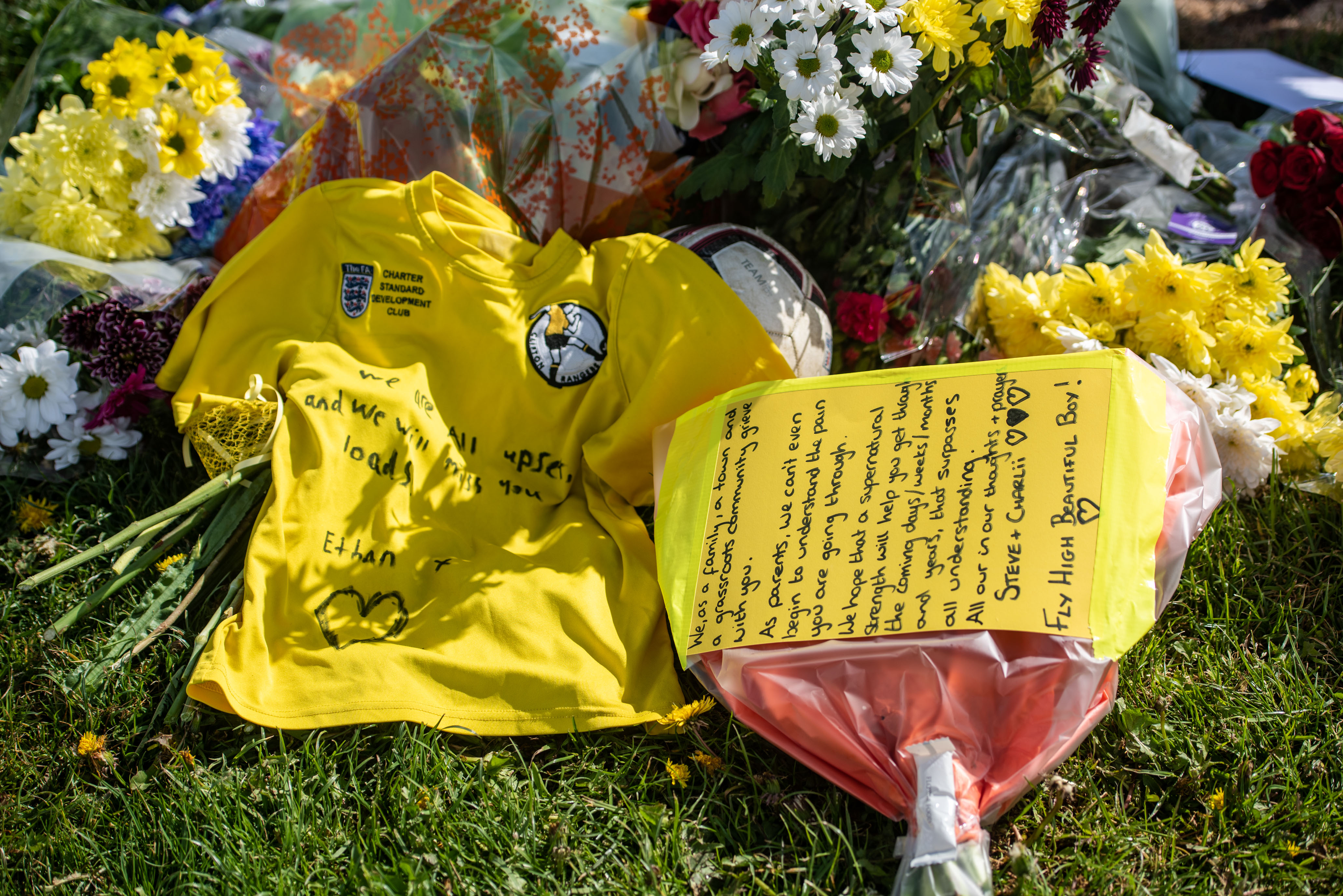 He was rushed to hospital but sadly couldn't be saved and died shortly after.

Mr Begg was just feet away sitting in a car when the tragedy unfolded, a friend said.

He posted a picture of himself holding hands with Jordan, with the caption: "Hand in hand….always" alongside three heart emojis.

The dad of a close friend of Jordan, Chris Campbell, said: “Jordan was having a one-to-one coaching session.

“His step-dad was in the car at the time. It is awful.

“He was having a coaching session at the time to help improve his game.

“I feel so sorry for his family and what they are going through.”

Mr Campbell's son CJ, nine, paid tribute to his pal by leaving a football and flowers. He was travelling home from the Lake District when he heard.

He said: “I am very sad about what happened.

“Jordan was my best friend and I’m going to miss him. I’ve known him since reception class.

“We played football against each other.

“He was very funny and caring and had raised money for charity.

“He was in my class at school.”

Tributes have flooded in Jordan from his football team, the Clifton Rangers Junior FC.

They said: "Jordan of our U9 Bees, tragically passed away yesterday evening doing what he loved.

"Jordan was a Shining Light and an inspiration to everyone that he met. A strong, determined and courageous young man, who will be missed by everyone.

"The world has truly lost an extraordinary young man, who had done so much good in his community. 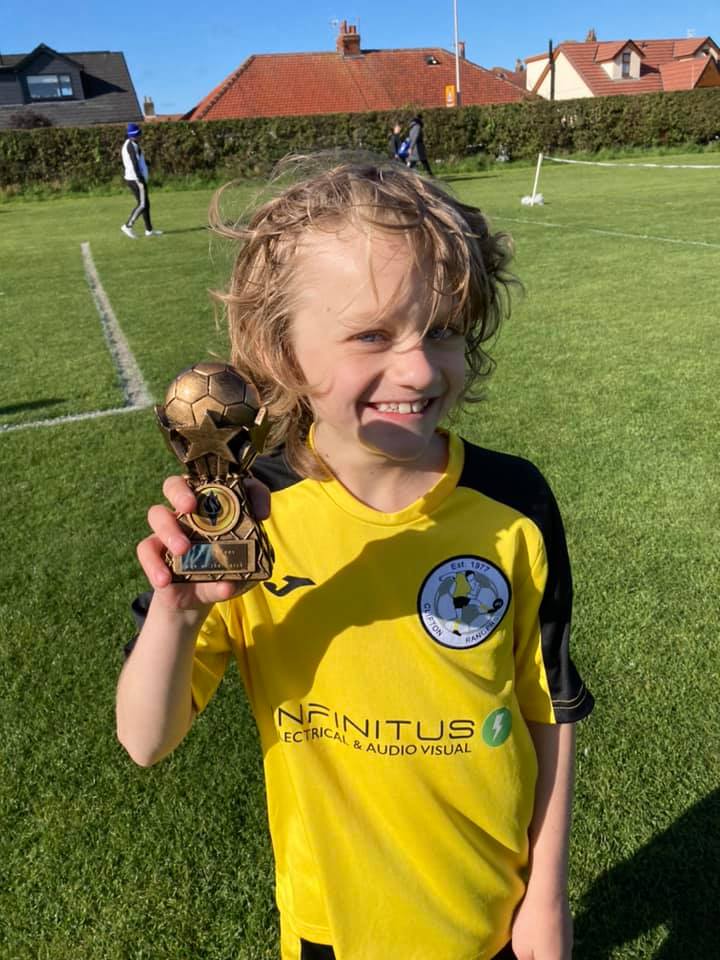 "We cannot begin to imagine the grief of the family. Our thoughts, prayers, love and hugs go out to them all and to his teammates, friends and coaches who are devastated by the loss."

The club said they will be working with the Football Association to "support the family and anyone else touched by this tragedy".

Jordan was a keen footballer and was praised earlier this year by Liverpool star James Milner for his "incredible" charity work.

The youngster raised £2,500 by running 30 miles for a local mental health charity in honour of his Uncle Reece, who took his own life in 2018.

Flowers have been left at the scene for the "little superstar" with a local church to hold services later. 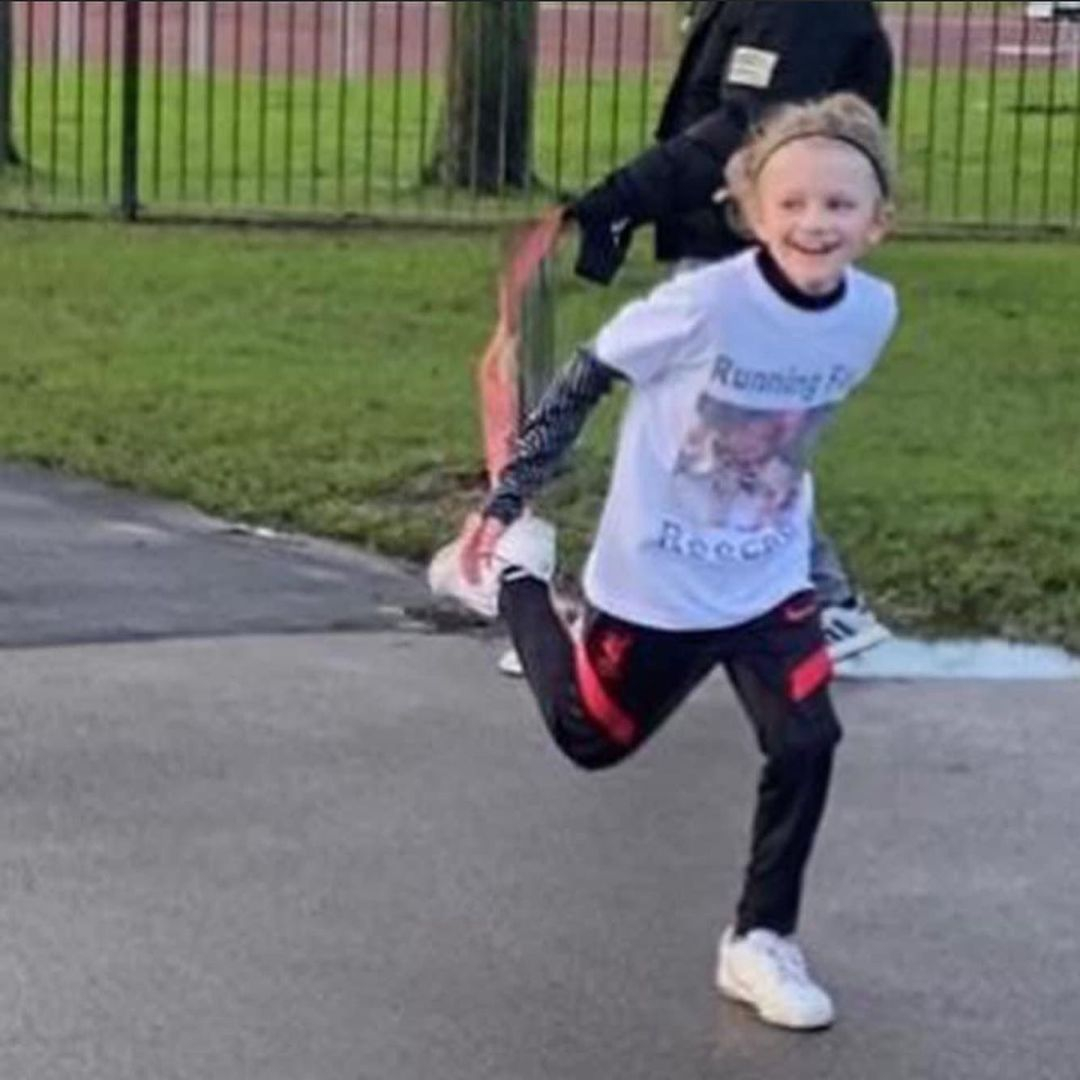 Spirit of Youth Junior FC, who use the playing field, paid tribute to Jordan.

They said: “It is with deepest regret that we have to report the news that the young boy who was struck by lightning earlier this evening has sadly passed away.

“The tragic incident happened on our home ground at Common Edge playing fields but it was not during a club training session.

“As a club, we are heartbroken and we offer our deepest condolences to the boy’s family. 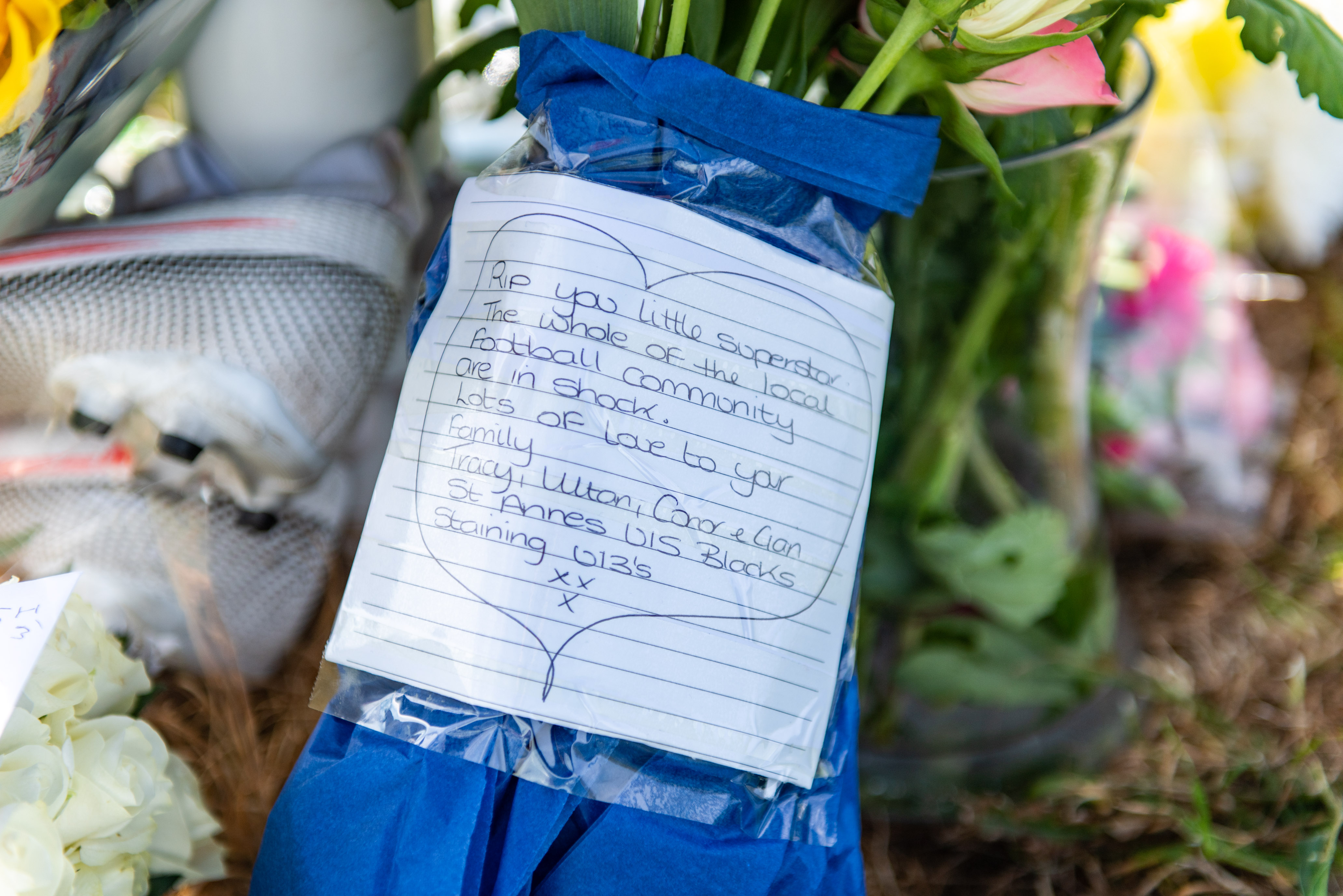 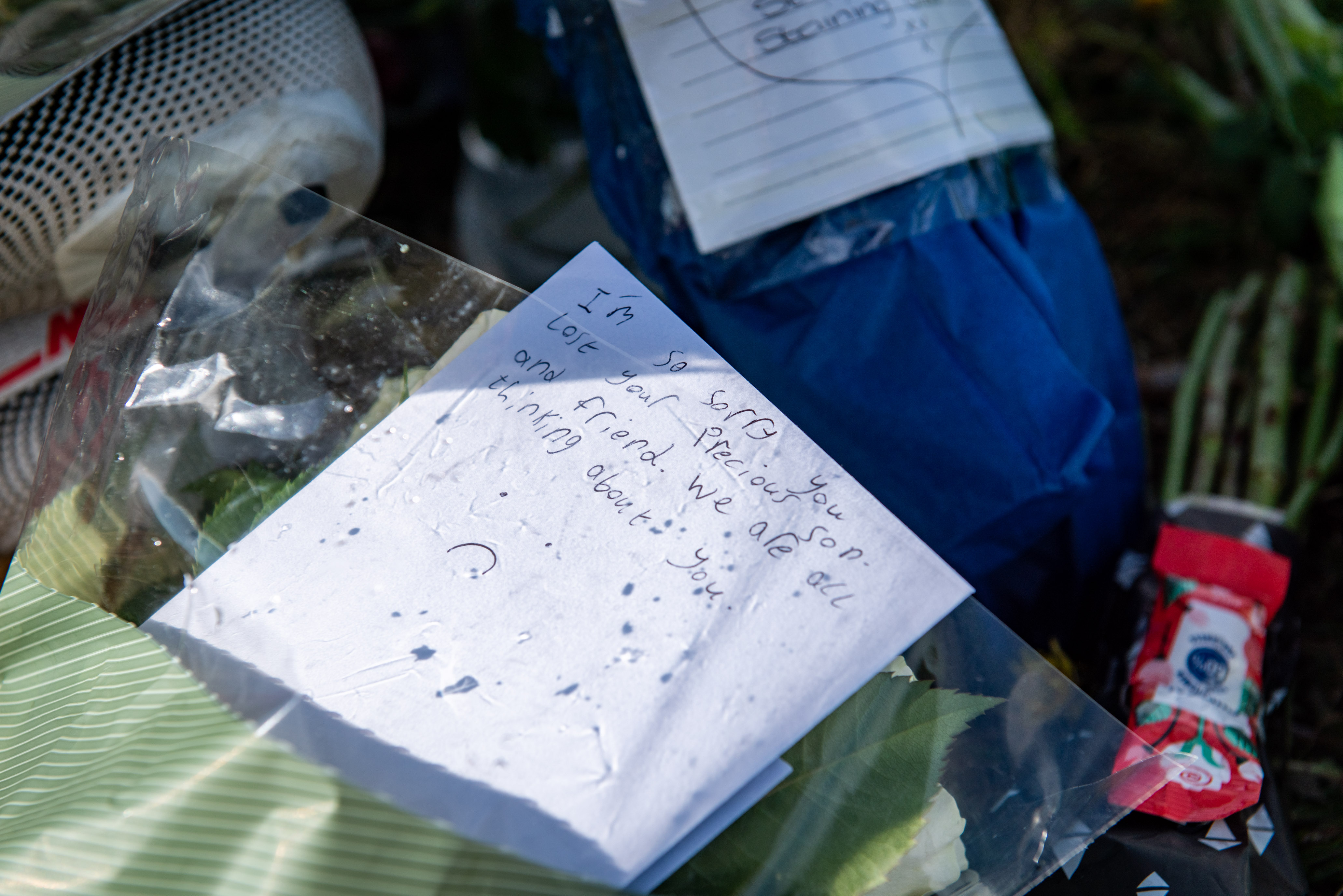 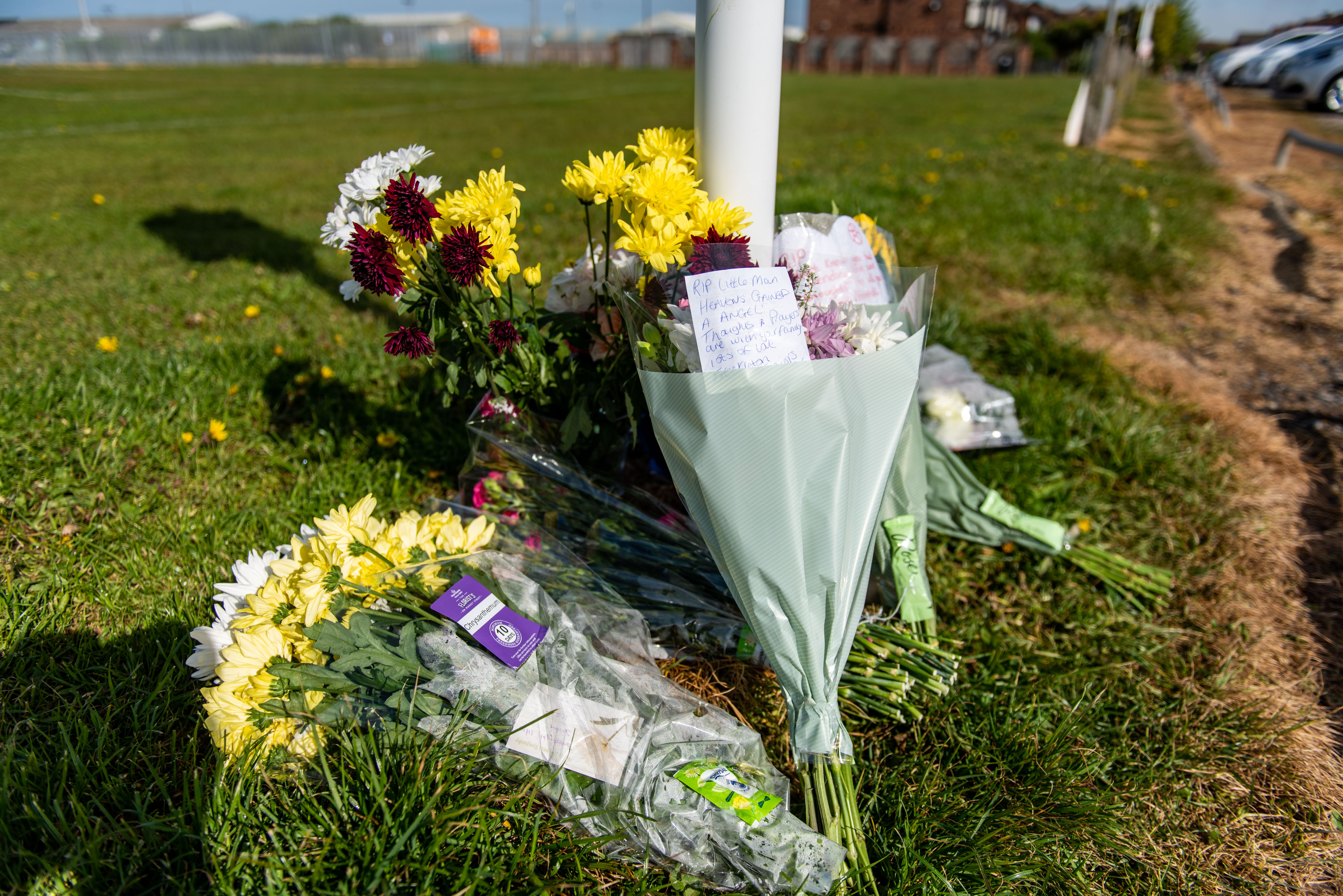 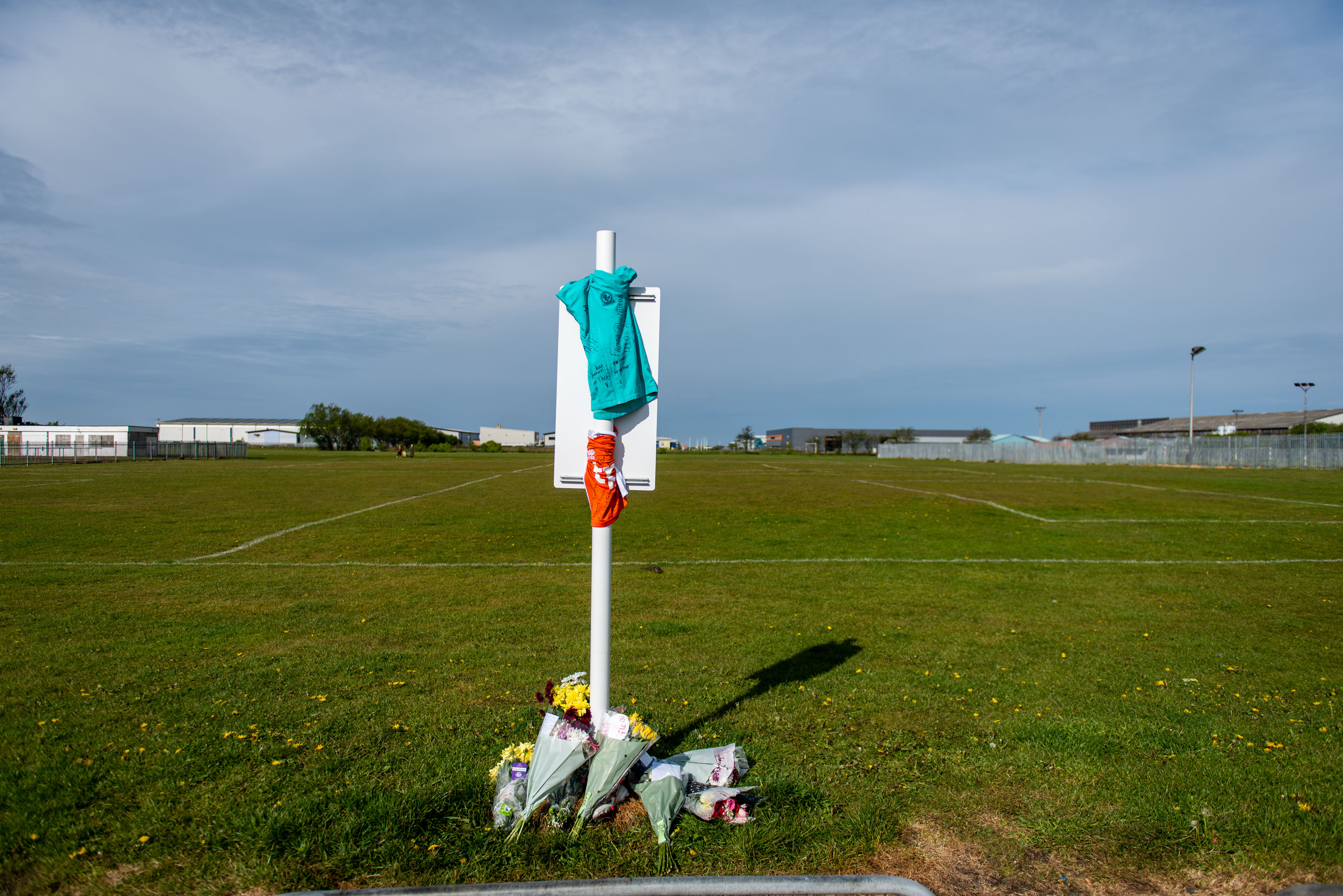 “Spirit of Youth is a family and we are entrenched in the local community, and we will give whatever support is required to both the family and to those that were with him at the time.

“We would ask that people respect the privacy of the family at this most tragic of times. Rest In Peace young man."

"I'm sure I speak for the whole community when I say that everybody in Blackpool will be thinking of the boy's family and friends at this sad time," he said. 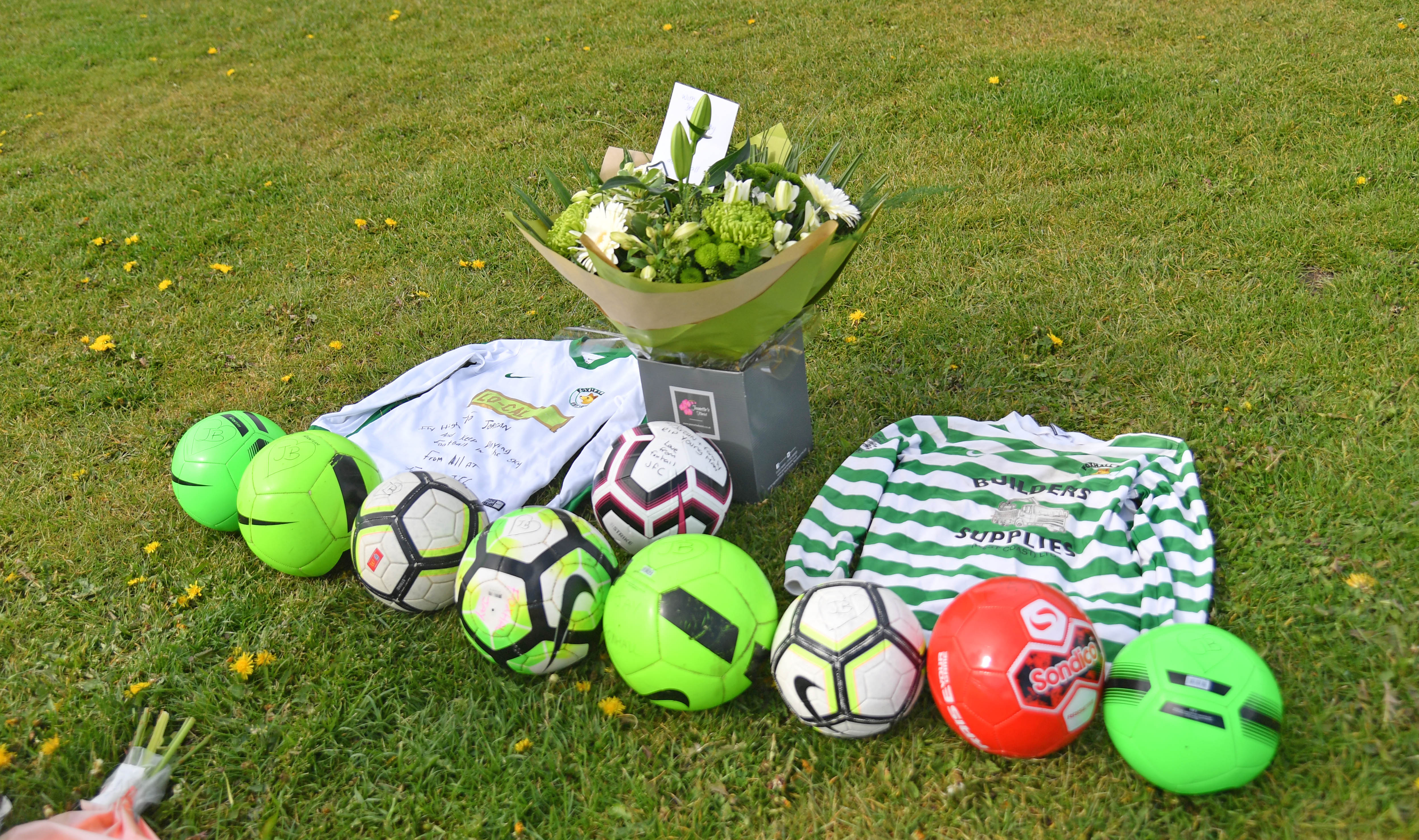 Witnesses have now told how the boy was struck as he trained in the storm.

One said: "It was a one-on-one football session. My sister saw him at school playing with his friends he was friends with my little nephew next minute we find out this so so sad.

"It's definitely hit hard as we knew his family personally you just wouldn't ever think something like that would happen it's so heartbreaking I mean what are the chances."

Officers were called to the sports field on School Road, Blackpool, shortly after 5pm yesterday to reports that a child had been injured.

Police say that although enquiries are still ongoing, at this time they "believe the boy had been struck by lightning."

Emergency services attended and he was taken to hospital, but sadly died a short time later.

Det Supt Nick Connaughton of Lancashire Police said: "This is a truly devastating incident and our thoughts are wholeheartedly with the family and friends of the young boy, who has passed away, at this very sad and distressing time."

Road closures in place following the incident have now been lifted.

Anybody with information about the incident, or who witnessed it and has not yet spoken to police is asked to get in touch on 101, quoting log 1169 of May 11. 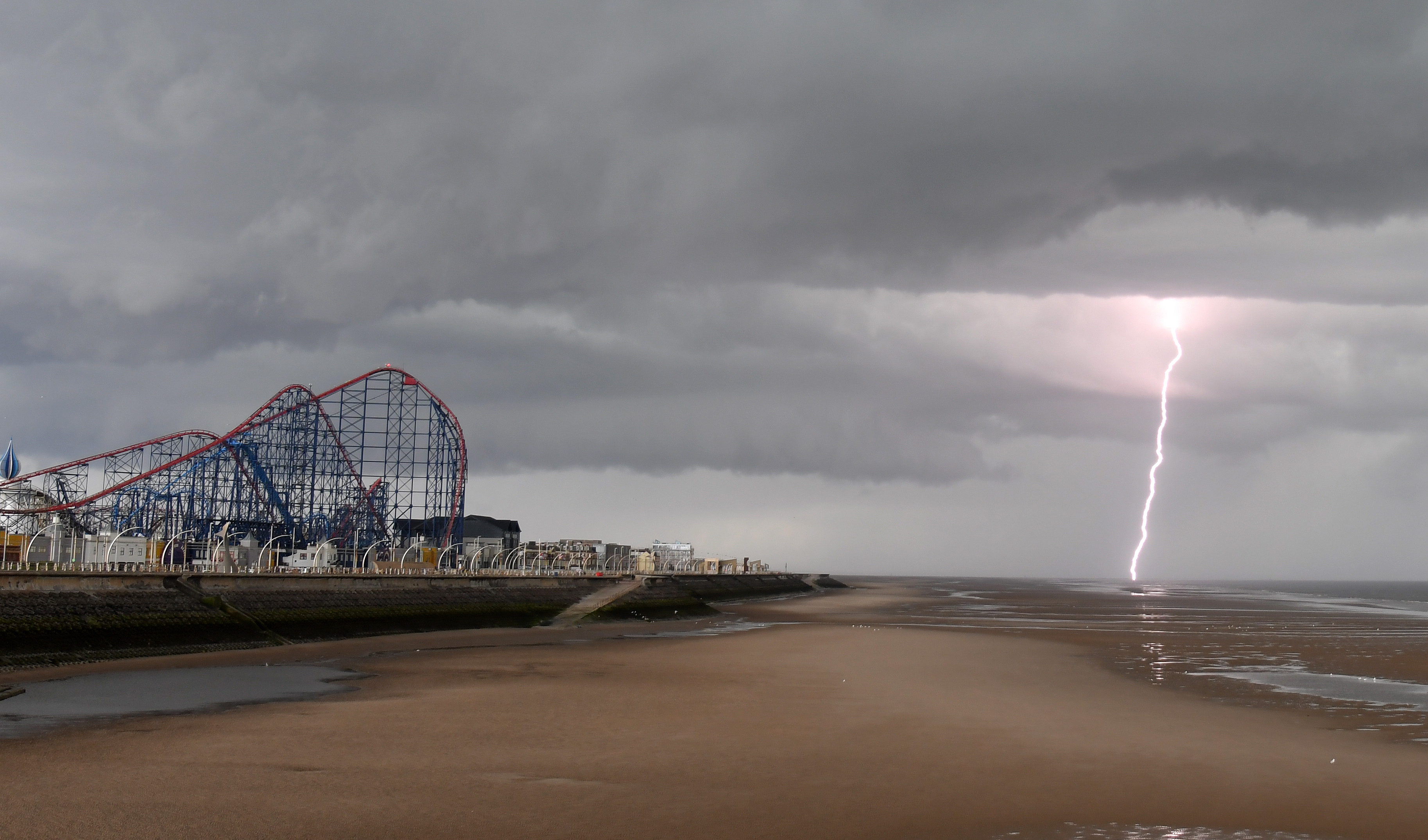