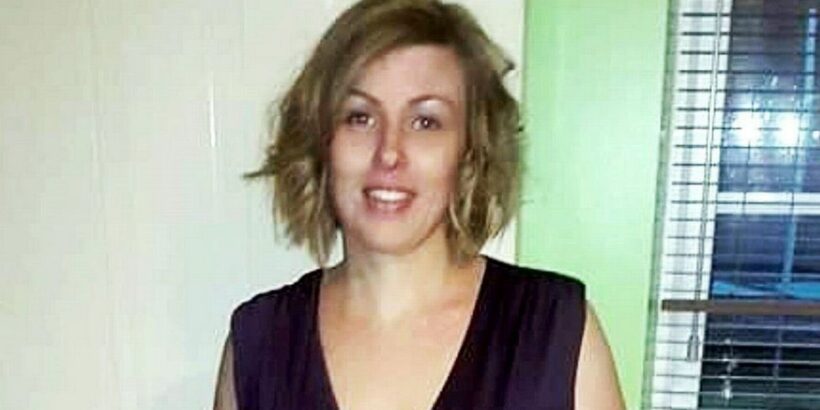 A woman who died of her allergies after she ate a wrap contaminated with milk was stepped over by shoppers as she suffered the reaction, an inquest has found.

On December 27, 2017, Celia Marsh, 42, had been eating a Pret a Manger super-veg rainbow flatbread from the chain's store in Bath, Somerset, when she had an allergic reaction.

But as she suffered her allergic reaction, other shoppers were seen stepping over the mum of five as she lay dying in the street.

The wrap had a coconut yoghurt dressing from Australian brand CoYo, which at the time was licenced for manufacture in the UK to Planet Coconut, a British firm.

According to the coroner, the mother’s reaction, anaphylaxis, was caused by milk protein found in the wrap.

She ate the whole wrap and the anaphylaxis was bought on within 15 minutes, with one of the paramedics at the inquest saying that people had stepped over her as she had the reaction.

Mrs Marsh had been shopping two days after Christmas when she popped into the Pret a Manger to grab a bite.

In a statement, her husband Andy Marsh said she began to “feel a bit funny” after eating the wrap.

According to theMirror, he said: "We started walking down the narrow side street by the Gap store and Celia had her asthma inhaler out. She used it a couple of times and I asked her if she was OK.

"She said she was struggling to breathe but it may be because of the cold air. We then moved to a small side street on the left and I pulled her to one side."

He added: "She had her Epipen in her hand and I said to her that if she thought there was any chance she was having a reaction that she should just do it and use the pen as it doesn't matter," he said. "She then said to me 'You need to phone an ambulance'".

The coroner added that the yoghurt had been made in a factory where dairy products were also manufactured and so could have contained traces of milk, despite it being labelled as dairy free.

Senior coroner Maria Voisin said: "Celia Marsh was allergic to milk. She died when she suffered anaphylaxis caused by the consumption of a wrap contaminated with milk protein.

"The manufacturer of the dairy-free yoghurt had in its possession documentation that flagged this risk but this risk was not passed on to its customers."

In a statement, Pano Christou, CEO, Pret A Manger said: “As a father and husband, I can only imagine how distressing this has been for Celia’s children and family. Our deepest sympathies remain with everyone who knew and loved Celia.

“We fully support the Coroner’s findings. As the Coroner made clear, Planet Coconut had information which should have alerted them that their CoYo yoghurt may have contained milk and this information was not passed on to Pret. It goes without saying that if Pret had ever known that the CoYo yoghurt may have contained milk, we would have never used the ingredient.

“On Pret’s part, we have taken significant steps forward with our suppliers and labelling policies since 2017. Through the Pret Allergy Plan, we made a clear commitment to lead the industry in developing new policies for people with food allergies. We will continue to do everything we can to help every customer get the information they need to make the right choice for them.”