Drivers could face forking out £15 if they use their cars to get to Heathrow before flying off on holiday.

The airport may impose the congestion charge in a move to meet emissions targets, affecting 82 miles of surrounding road.

It would be part of a bid to encourage motorists to leave their vehicles at home and Whitehall sources say transport secretary Christ Grayling thinks the charge is the only way to meet the targets. 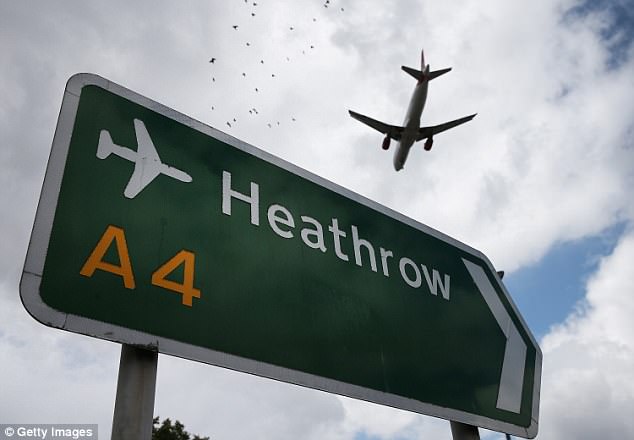 The airport is considering a ‘low emissions zone’, The Telegraph reports, but considers it a ‘last resort’.

Heathrow’s third runway will make room for 740,000 flights a year, which is about  50 per cent more than its current capacity.

And annual passenger numbers are expected to almost double to 130million by 2050.

The increased traffic that will result as drivers make their way to and from the airport is perceived as the biggest threat to meeting targets.

Levels of pollution on the M4 – which sits north of Heathrow – is currently two thirds above the legal cap.

Ministers believe increased public transport routs – including a link from Reading and another to Waterloo – will help keep within targets.

The Crossrail line across the capital will also open a station to the airport as bus routes are extended and electric vehicles as well as car shares for staff are promoted.

A station for London’s east-west Crossrail line will also be opened, bus routes will be extended and more electric vehicles and car sharing clubs for airport staff will be promoted. 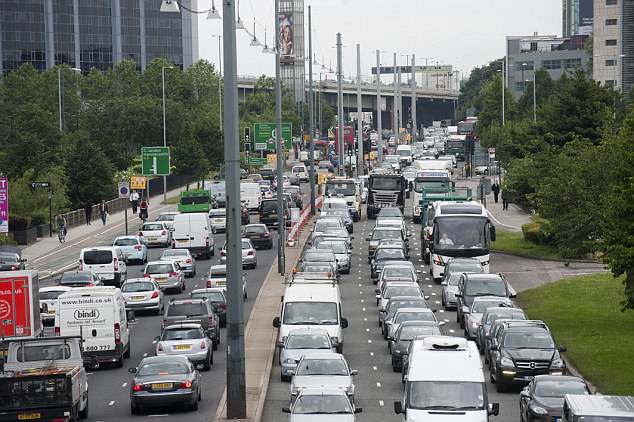 ‘We would be worried that this would be the thin end of the wedge and it could expand elsewhere,’ he said. ‘In effect the price of getting to the airport and parking might overtake the price of fares. It’s a crazy situation, particularly for families on low incomes.’

Airlines UK executive Tim Alderslade said the congestion charge would be unfair on passengers who ‘have no other realistic way of travelling to the airport’.

He called for investment in surface access and called on the government to set out which road and rail schemes it plans to support and to give clarity on funding.

A Heathrow Airport spokesman said: ‘We have an ambitious plan to treble our rail capacity by 2040 and enable 30 million more passengers to use public transport.’

He added a congestion charge was another potential way to support the sustainable transport plan.