A HERMES driver was caught launching parcels into a van "as hard as he could" by a shocked dad.

Wayne Millin watched as the courier hurled the packages into his vehicle outside a Co-op – with them smashing into the side of the van. 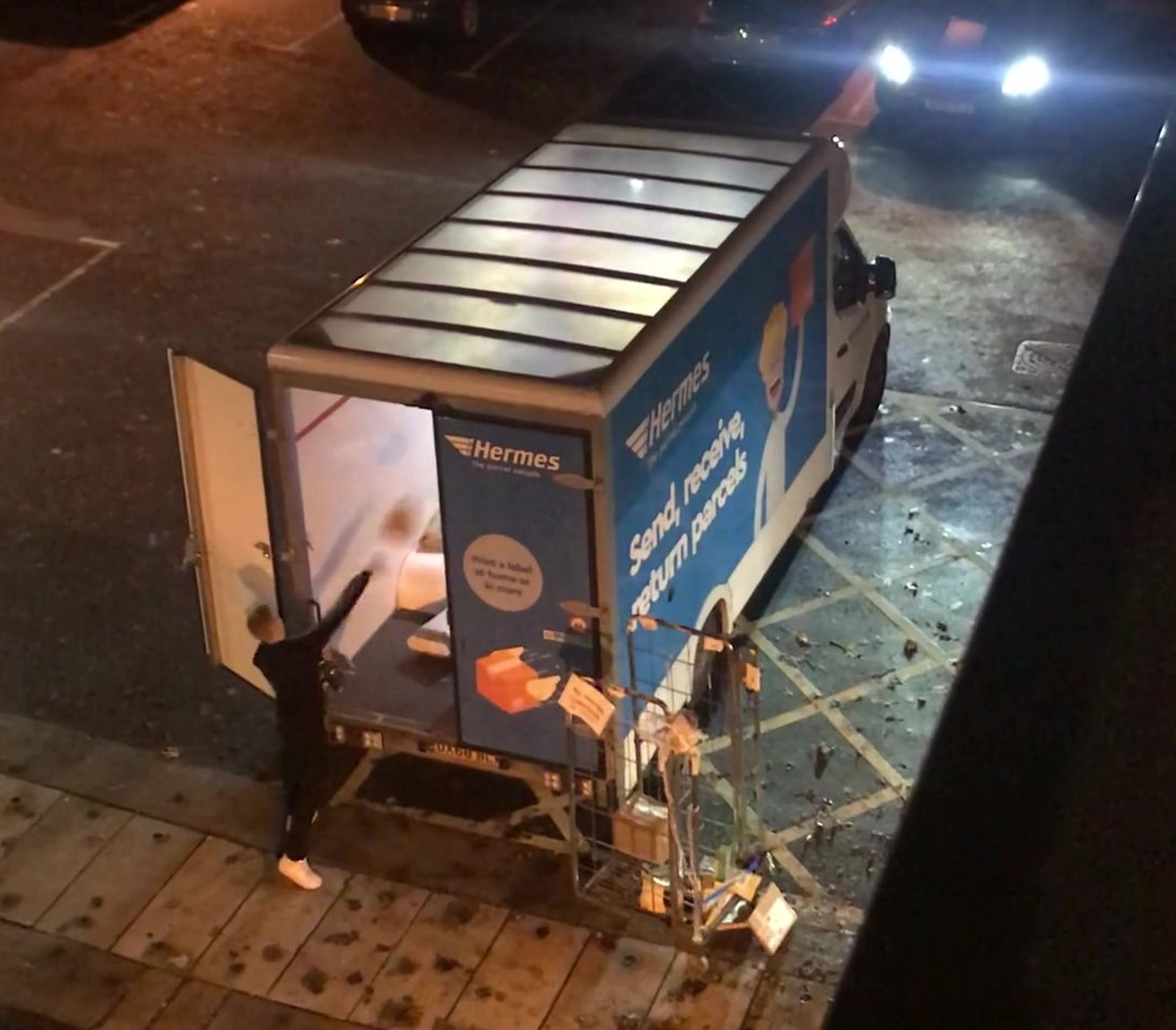 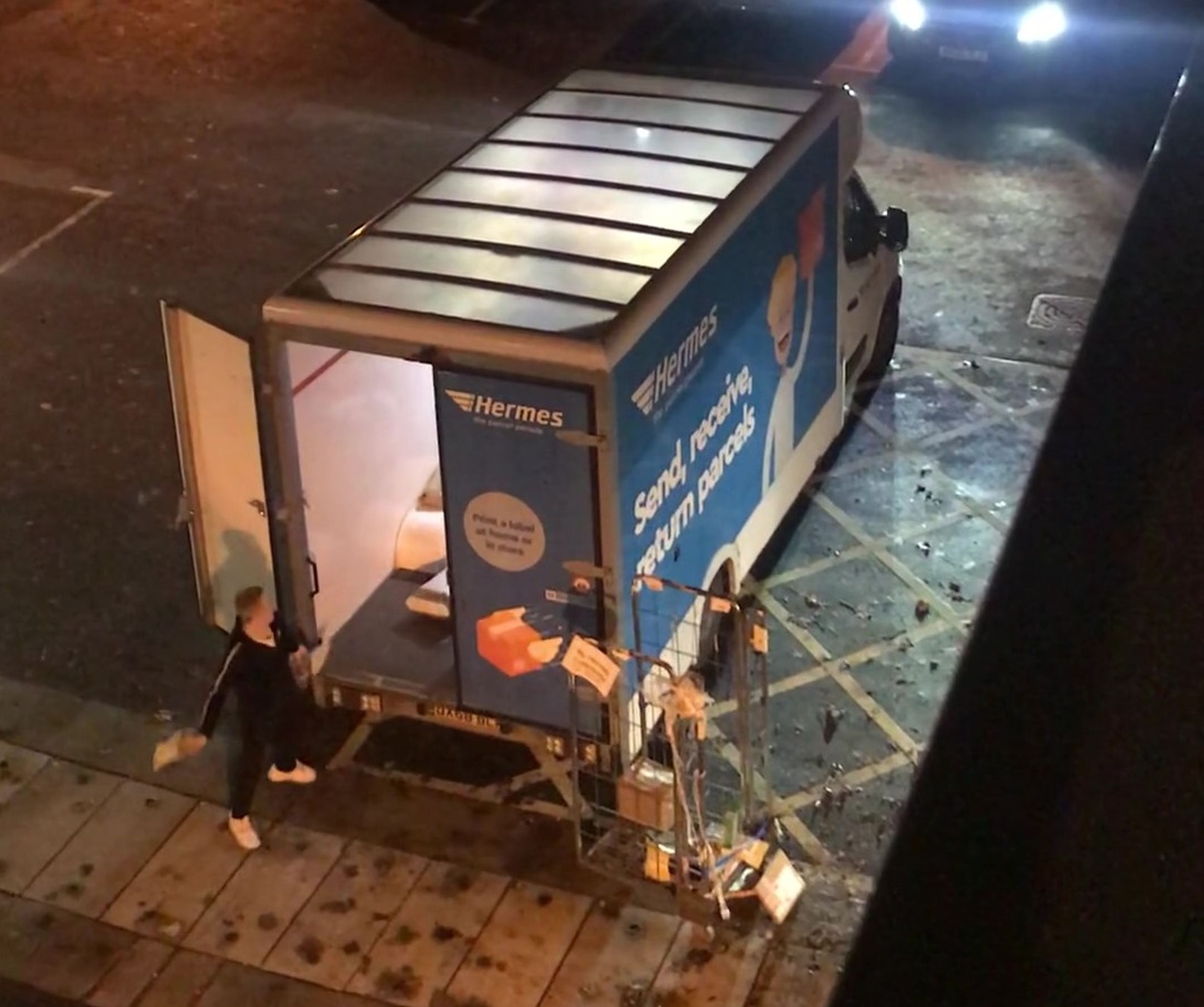 He recorded the man's antics from his girlfriend's flat above the shop in Barnwood, Gloucester, where Hermes collect parcels for their UK-wide service.

The 47-year-old's clip shows the worker flinging items about without checking if they are fragile.

A Hermes spokesperson said the man was an agency driver who was "removed from the business".

Wayne, from Coney Hill, Gloucester, said: "I heard some banging, looked out the window and thought, gosh, he's launching them around.

"If you look at the video closely, you can see some of the parcels hit the back of the van and nearly fall back out. It just seemed like he was full of anger.

"It seemed like he didn't really give a s**t about his job or care about anyone's parcels.

"Obviously with lockdown and Christmas coming up, everybody's ordering online now. When I buy my kids presents, they're fragile.

"So who knows whether the presents people order are going to be damaged.

"If they're getting thrown around like that, people are going to be opening presents with broken bits of plastic or glass in them and I think that's disgusting."

Wayne said the driver was throwing the parcels in the van for around 35-40 minutes.

People on social media responded in horror after he posted the video online.

Nina Evans said: "Oh my god. He did not even see if any of them were breakable. This man needs sacking."

Sarah Anana Long added: "OMFG this is surely a wind-up ain't it?"

A Hermes spokesperson said: “We can confirm that this video shows an agency driver who was removed from the business last week.

"We would like to reassure people that this behaviour is not acceptable or representative of our standards and values.

"Our local teams are working hard to ensure a good service during these challenging times and we thank people for their ongoing support and understanding.” 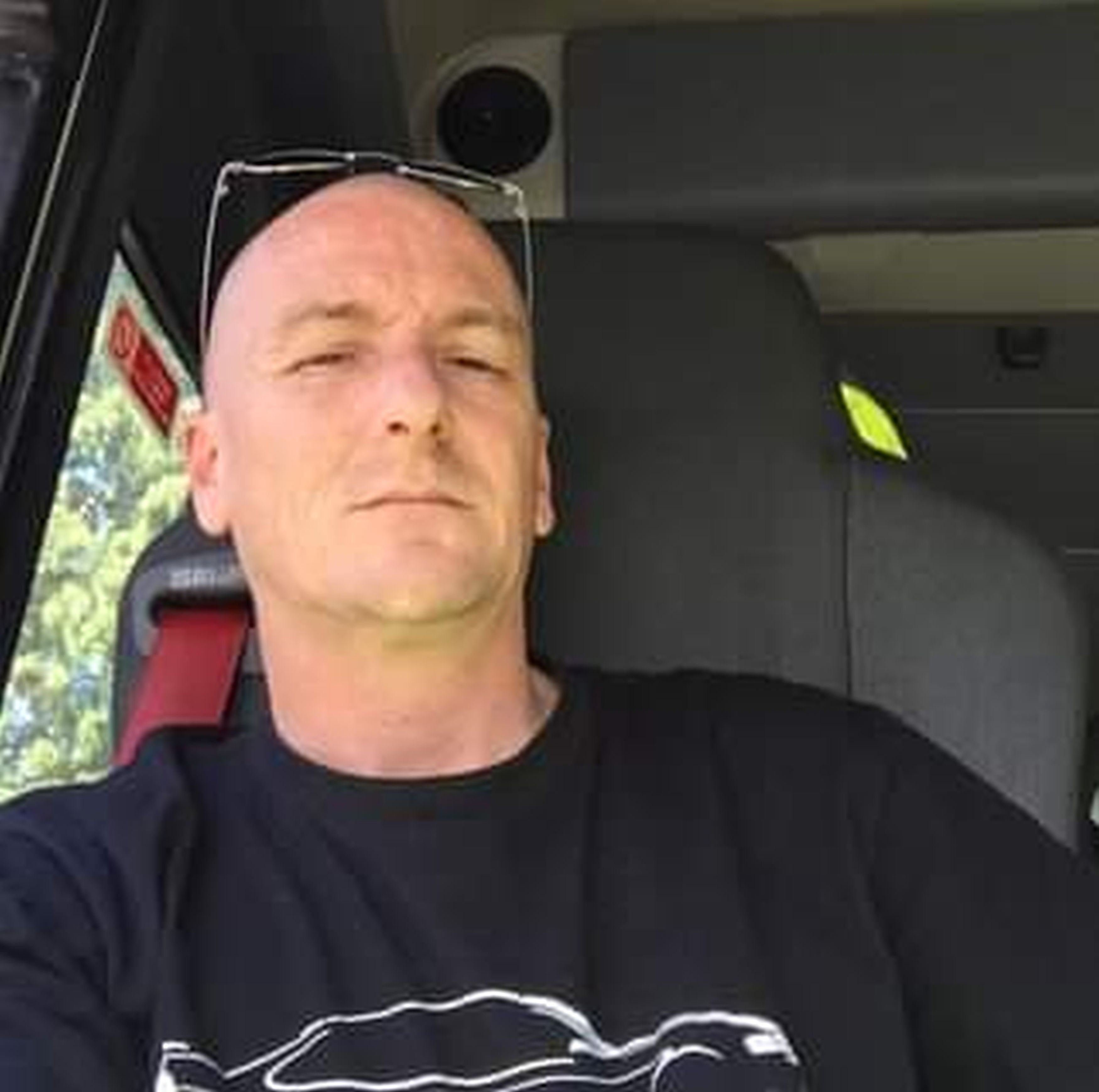 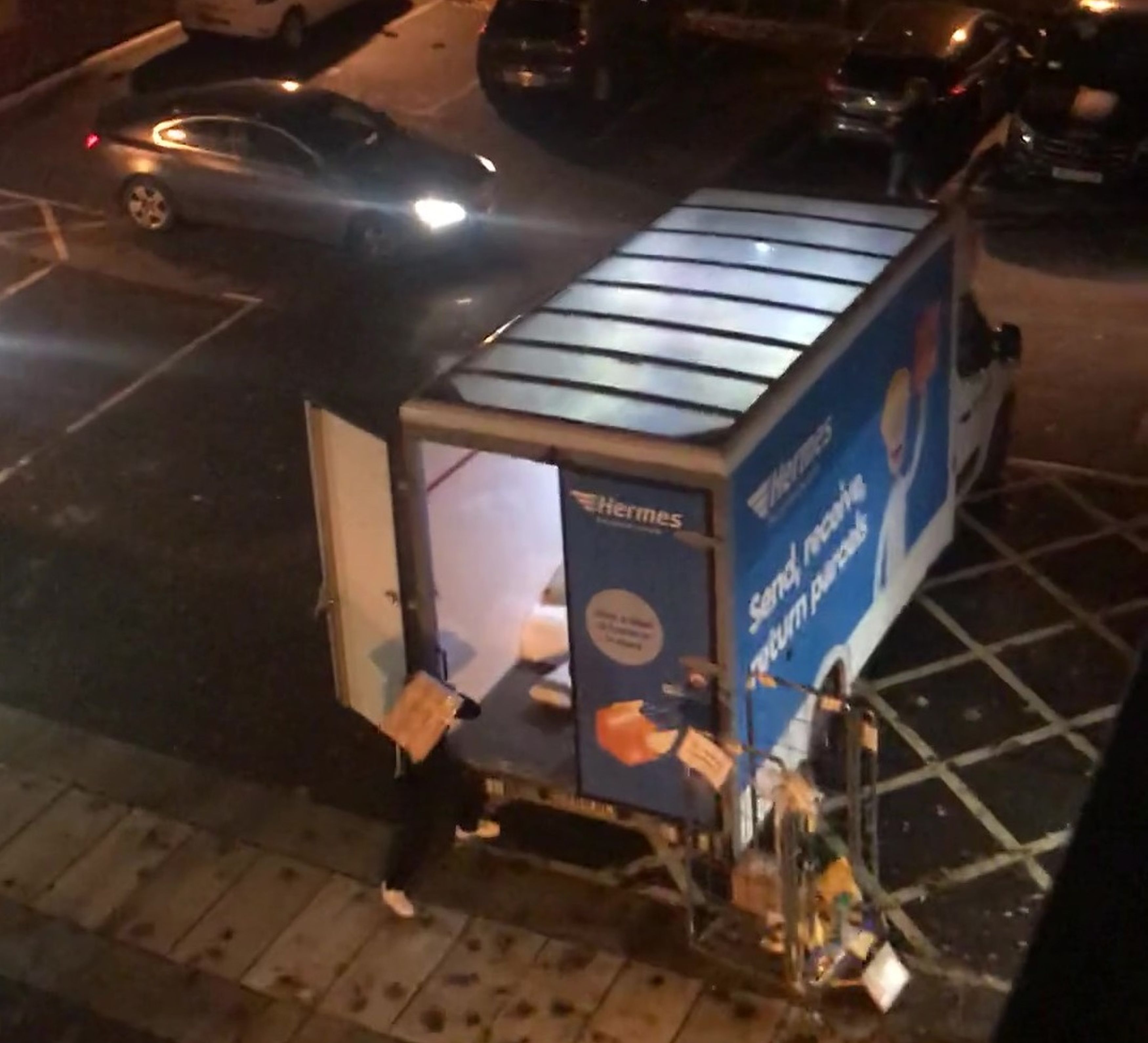