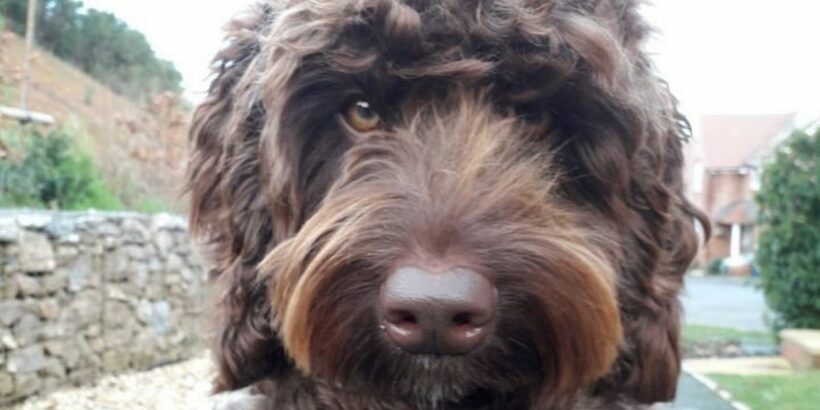 An Australian Labradoodle has been hailed a hero after he helped save a young woman who was considering suicide, firefighters have said.

Three-year-old Digby works as a diffusion dog with the Devon and Somerset Fire and Rescue Service and, on June 15, he was called to work at a motorway bridge where a woman was deemed to be at risk, reports TeamDogs.

The adorable chocolate brown pooch has gone viral on social media after Devon and Somerset Fire and Rescue shared the story on Twitter and Facebook of how Digby helped to encourage her back from the railings.

Sharing a photo of the K9 therapy hero, the service wrote: “This is Digby. Today he did something amazing and helped save a young woman who was thinking of taking her own life on a bridge over the M5 near Exeter. “We were at the incident as part of a multi-agency response. Police negotiators were speaking with the woman but the situation was becoming increasingly worrying.

“One of the fire crews had the idea to bring along Digby, our ‘defusing’ dog. Digby helps crews who have been exposed to trauma during talking therapy ‘diffusing’ sessions.

“When Digby arrived, the young woman immediately swung her head round to look, and smiled. This got a conversation started about Digby and his role at the fire service.

“She was asked if she would like to come and meet Digby if she came back over the railings, which we are pleased to say she did.

“We wish the woman involved all the best in her recovery. If you need someone to talk to, contact Samaritans on 116 123 or visit http://orlo.uk/bZpAR.”

Digby’s job within the fire service is to assist crews who have returned from a traumatic incident by joining in sessions where they can talk about what happened and how it made them feel.

When Digby was introduced to the force at four months old in 2018, Matt said: “The crews immediately responded to Digby when he arrived at the fire station, which provided a positive focus both before and during the defusing session.

"The use of therapy dogs has been scientifically proven to help people who have been exposed to traumatic situations or who are dealing with very challenging situations in their lives, such as ill health or learning ability."

Australian Labradoodles are specifically bred for their hypoallergenic coat which is very soft and less likely to cause an allergic reaction.