This nail-biting footage shows a quick-thinking diver saving his friend’s life after his oxygen tank failed at 100ft underwater.

The friends were finishing up their 30-minute fishing dive when they realized they were in deep trouble – Matt’s gear was inexplicably failing and he was losing oxygen fast from a busted tank. 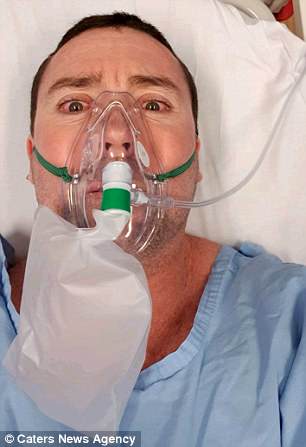 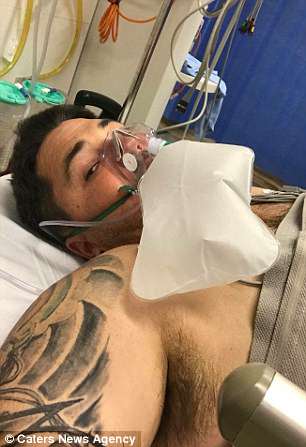 Dad-of-two Nick’s instincts kicked in when his pulled out his spare oxygen mask and propelled Matt to the surface in a potentially-deadly emergency ascent.

The pair suffered symptoms of ‘the bends’, which can be fatal, and were rushed to hospital where they spent five hours recovering in a decompression chamber.

Perth mining manager Nick, who has been diving for one year, said: ‘As soon as I saw Matt rip his mask off, I knew we were in trouble.

‘The air was coming out of his pressure gauge fast.

‘There’s not a lot of room for error at those depths. I was fearing for both of our lives.

‘My instincts kicked in. I gave him my spare oxygen regulator then rocketed him to the surface.

‘This is pretty dangerous because of decompression sickness.’

Army veteran Matt, who has eight years diving experience, has survived tours of Afghanistan and Iraq but said he feared for his life during the underwater drama.

The operations manager and dad-of-one, who is also from Perth, added: ‘When I started taking in water I was blacking out. I thought: ‘this is it, I’m going to die’.

‘I ripped off my mask to get the emergency regulator. 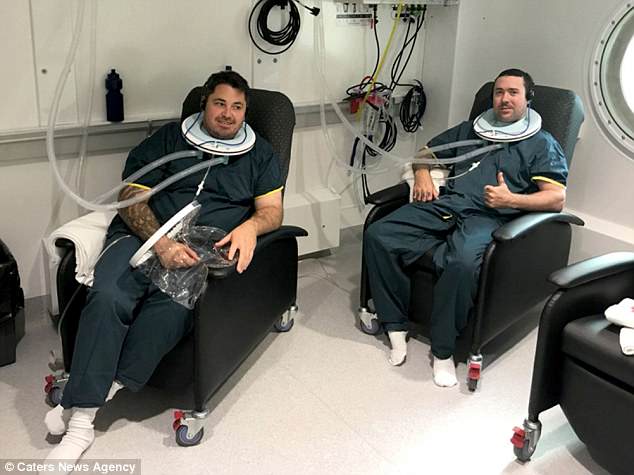 The divers were rushed to hospital after they suffered the fatal symptoms of ‘the bends’ which includes disorientation, loss of balance and severe joint pain 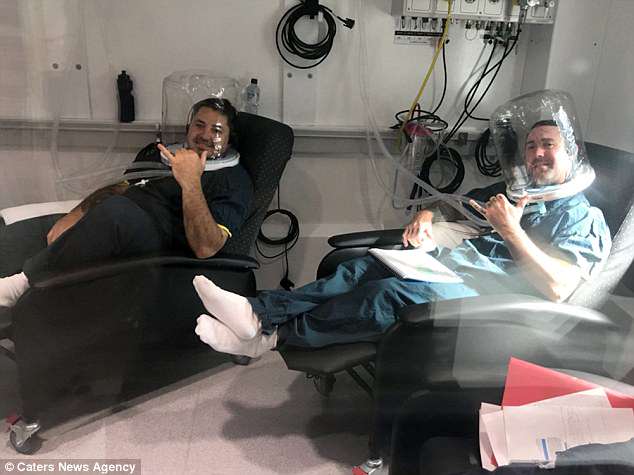 The divers were placed in a decompression chamber for five hours for recovery and the following day the pair spent another three hours in the hospital to shrink the gas bubbles that were formed in the body tissues.

‘I remember seeing shooting stars on the way up, But I don’t remember much after that.

‘I wouldn’t be here today if it wasn’t for Nick’s quick thinking.’

Nick said a safe ascent would have taken approximately 10 minutes, but the divers were forced to rise in less than one.

Miraculously, Matt’s equipment failed when he was close to Nick in the low-visibility waters.

Just moments before the emergency, the friends were swimming separately – meaning Matt narrowly avoided being left without his friend’s life-saving oxygen. 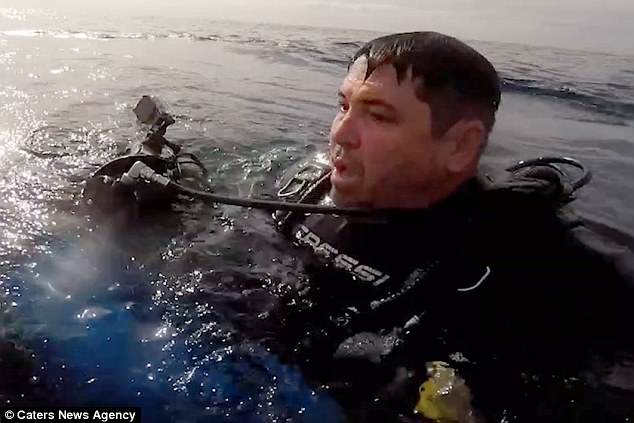 A safe ascent for the divers would have taken ten minutes, but they both were forced to rise in less than one. (Pictured) Matt Henderson after the emergency ordeal.

Both pals suffered symptoms of decompression sickness – also known as ‘the bends’ – which includes disorientation, loss of balance and severe joint pain.

As well as spending five hours in a decompression chamber the day of the accident, they spent another three hours there the following day to shrink the gas bubbles which had formed in their bodies’ tissues.

But after both making a full recovery, Nick now wants to promote an important safety message.

He said: ‘The adrenaline was pumping when we came up, I was pretty out of it.

‘I was very confused and fell over a few times in the boat. By the time I got to hospital I was pretty ill. 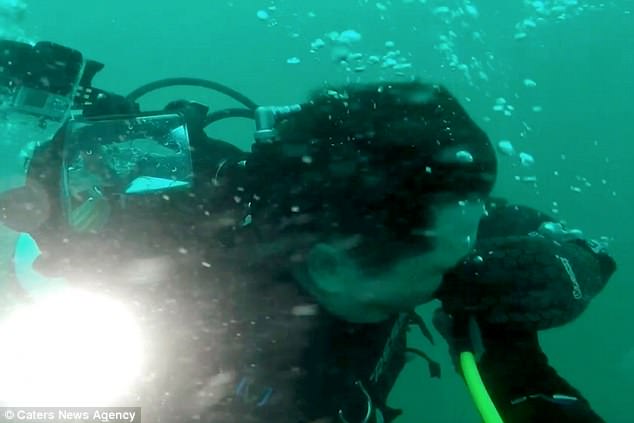 Mr Burke quickly pulled out his spare breathing regulator and rocketed his friend to the surface. The ordeal was dangerous as it causes decompression sickness

‘I think it’s important to remember you need to stick close to your partner.

‘When you’re diving, it’s easy to get carried away with how unbelievable everything is.

‘But there was low visibility down there, and if this happened a minute earlier when we were pulled apart, Matt wouldn’t have made it.’

‘I’ve had a lot of near death situations, but nothing came close to being as scary as this.’