Inches from catastrophe: The moment a truck driver narrowly misses car driving the WRONG WAY down the M5

This is the terrifying moment an HGV driver narrowly misses a hatchback that was travelling in the wrong direction down the motorway.

Dash cam video captured on May 14 on the M5 motorway between junctions four and three shows the heart-stopping moment the HGV driver realises what is happening.

The driver said: ‘Nothing quite prepared me for this level of stupidity. 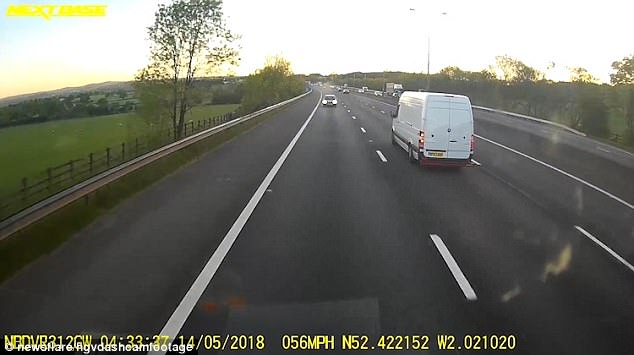 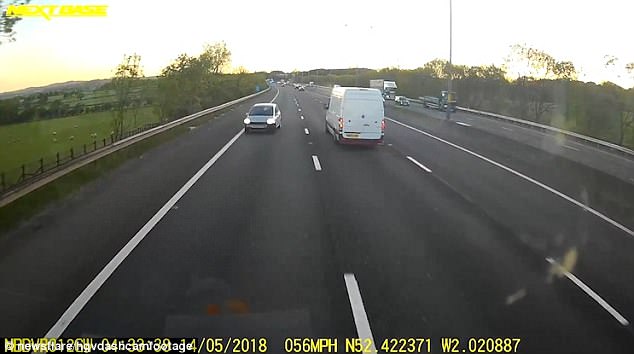 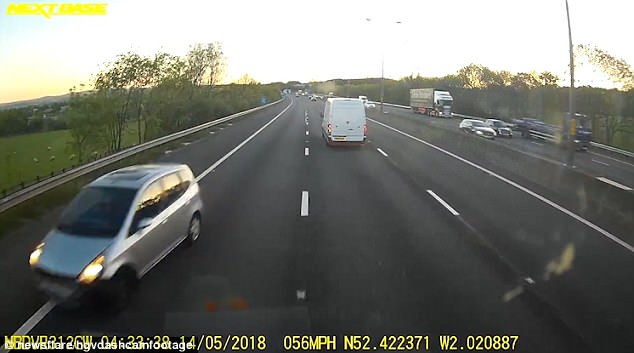 ‘Even still, I’m not sure whether or not this was a mistake on the driver’s behalf or it was a deliberate act of dangerous driving.

‘If I’d have blinked at the wrong time or wasn’t able to move into lane two, it could have been a lot worse!’

The HGV driver spoke to West Midlands police and was told no action is being taken against the offending driver. 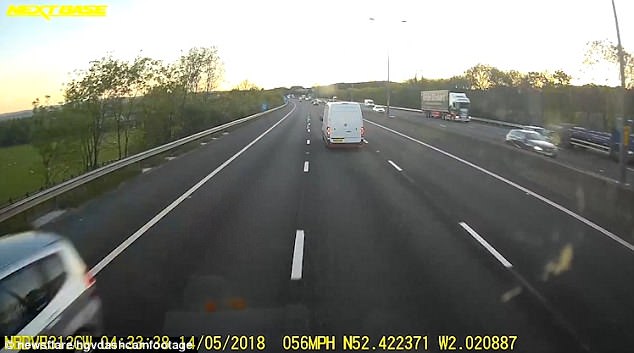