Mirror, mirror on the wall, who is the ugliest of them all? Hi-tech device that tells you your flaws ‘should come with mental health warning’ say campaigners

A voice-controlled mirror that analyses every wrinkle, fine line and flaw in a person’s face has been labelled as ‘dangerous’ by mental health campaigners.

The HiMirror Mini, priced at £239 and available in the UK from September, takes a photograph of the user’s face and assesses its health, clarity, firmness, texture, and brightness.

Each of these is then rated on a scale of 0 to 100, with 100 representing perfect skin. 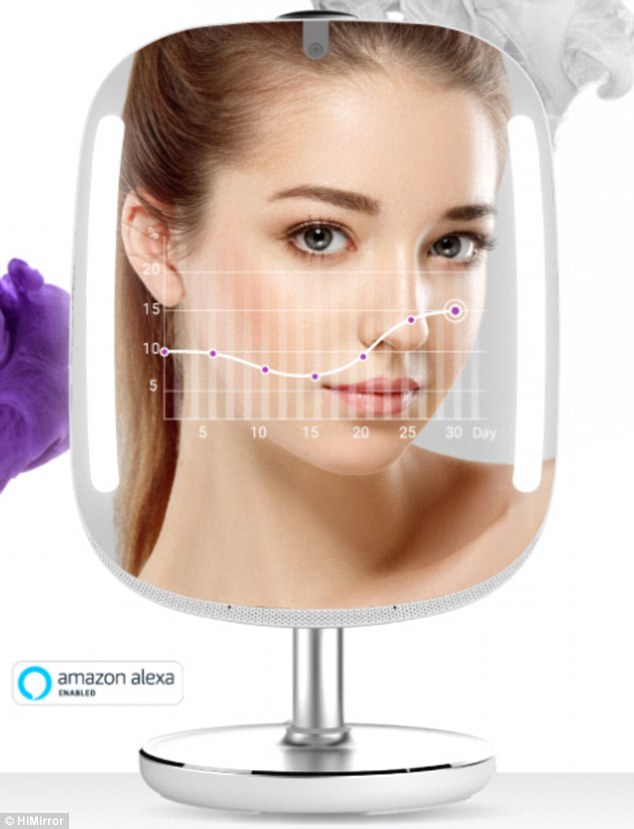 The voice-controlled HiMirror Mini, priced at £239, will be available in the UK from September

The device can also suggest a skincare regime to help tackle these issues and claims to offer results similar to a clinical skin analysis, without the hassle or cost of an appointment.

But the Body Dysmorphic Disorder (BDD) Foundation and the YMCA’s Be Real Campaign have both expressed concerns such a mirror could negatively affect people who are vulnerable or experiencing low self-esteem and other mental health issues.

Dr Amita Jassi, consultant clinical psychologist at Maudsley Hospital in South London, told The Sunday Telegraph: ‘Such a product that feeds into the idea that appearance is the most important aspect of a person, and especially highlighting flaws, is dangerous.’

Meanwhile Liam Preston, head of Be Real said: ‘Not since Snow White has a mirror been more damaging to young women’s lives.’ 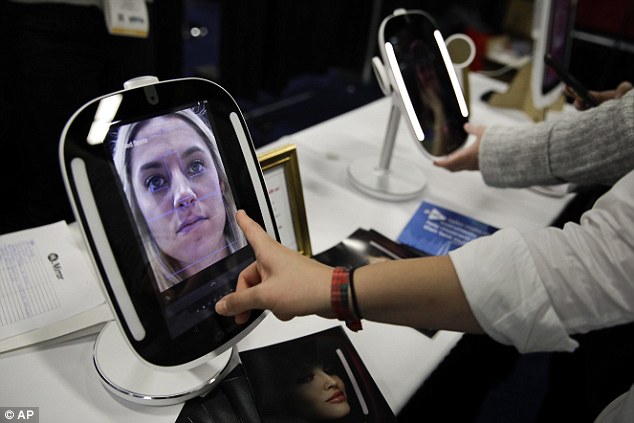 A spokesman for HiMirror said the product helps users ‘make informed decisions’ and added: ‘Technology like ours gives people the insight and understanding they need to do so.’

It added that only users aged over 13 can create a HiMirror account to track their data.

A larger version of the HiMirror Mini is already available in the UK for £349. The latest product in the range offers a more compact 13″ version of the device. 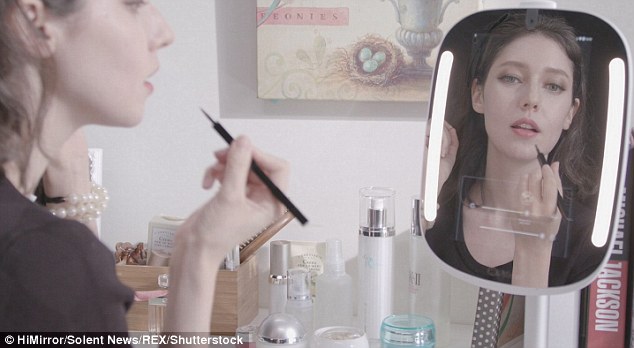 Aside from analysing your skin, the device includes tutorials that teach you how to contour and shape your eyebrows to best suit your face shape.

Body dysmorphia is a mental health condition where a person obsessively worries about flaws in their physical appearance.

Sufferers develop compulsive behaviours and routines, such as excessive use of mirrors or avoiding them completely.

These obsessions and behaviours cause emotional distress and have a significant impact on people’s ability to carry on with their day-to-day life.

In this way, the condition is closely related to obsessive-compulsive disorder (OCD).

BDD can vary in severity from person-to-person and from day-to-day.

For some people, concerns around appearance may make it difficult for them to go out in public or see other people.

For others, they need to uphold what they perceive as a perfect look.

BDD may also cause other problems such as feelings of shame, guilt and loneliness.

People with the condition may isolate themselves to avoid situations where their appearance may cause them anxiety or awkwardness.

As many as 1 in 50 people in the UK are thought to have BDD, a condition that causes a person to obsess over their apperanace, but many are undiagnosed.

Sufferers develop compulsive behaviours and routines, such as excessive use of mirrors or avoiding them completely.

People with the condition may isolate themselves to avoid situations where their appearance may cause them anxiety or awkwardness.

BDD can seriously affect a person’s daily life, including their work, social life and relationships and can lead to depression, self-harm and even suicidal thoughts.