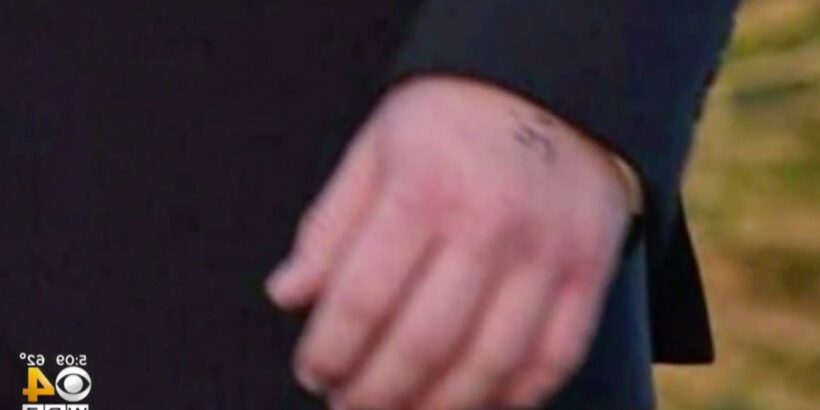 Why America should help the world get vaxxed

New Hampshire high school students were marked with sharpies based on their vaccination status for their senior prom, outraging some parents and a local lawmaker who said the move was akin to a scarlet letter.

Exeter High School, about 30 miles east of Manchester, hosted its senior prom during the first weekend of June and marked any student who didn’t have a vaccination card with a black sharpie while those who had gotten the jab were given a red mark, NBC Boston reported.

“If they were on the dance floor they had to raise their hands after every three songs so their numbers could be recorded by other underclass students for contact tracing purposes. There’s even more to the story, but this alone is surprising to us,” a concerned constituent told Rep. Melissa Litchfield (R-New Hampshire), according to a June 8 Facebook post.

One constituent likened the marking to a “scarlet letter” and asked Litchfield to go to the school board about it.

The elected official, who’s been an outspoken voice when it comes to vaccine privacy, wrote on Facebook “we are slowly robbing our children of the freedoms, that we have taken for granted for so long.”

“If the vaccination is effective, and at this point anyone within the state can have access to it (those vulnerable or not), what does it matter if the rest of the population is vaccinated? Aren’t those who have had the vaccine protected?” Litchfield questioned in the post.

In response, the school district told NBC Boston the markings were done for the purpose of contact tracing, which allowed all kids to attend the prom, regardless of their vaccination status.

“Our student and parent feedback has been extremely positive regarding the prom experience. We are aware that some concerns have been expressed that students were singled out or had their privacy violated. We made every effort possible – while adhering to contact tracing guidelines – to ensure that this did not happen,” Principal Mike Monahan told the outlet in a statement.

“We hope the community will understand that while no model is perfect, this model let the students enjoy a close to normal and highly desired experience to cap off their senior year. That’s the memory we want to leave them with.”

The district added that when students signed up for prom, they were told about the contact tracing system but Litchfield claimed the parents had no idea.