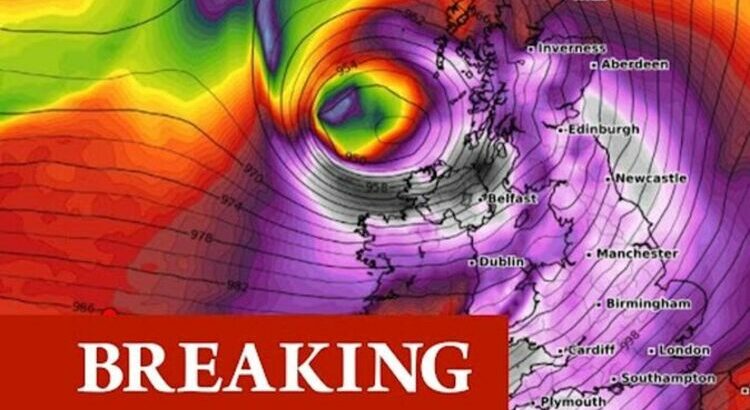 The Met Office has recorded gust speeds of up to 122 mph at the Needles, on the Isle of Wight, on Friday morning. This surpasses the strongest winds reported in 1987, in what was dubbed the ‘Great Storm’.

During this storm, wind speeds on the night of October 15 peaked at 115mph.

This speed was recorded in Shoreham-by-Sea, West Sussex.

The Met Office issued two red weather warnings for wind ahead of the storm battering the UK on Friday.

This most severe level of warning includes potential loss of life due to flying debris.

A red weather warning was issued for wind conditions in Devon, Cornwall, Somerset and south Wales, beginning at 7 am on Friday morning.

A second red warning has been put in place for southeast England, east England and London from 10 am on Friday.

BBC Weather had previously warned Storm Eunice “could well be one of the worst storms in three decades”.