A cat seemed to be on a weight loss mission when he used his owner’s vibrating fitness plate.

Asami Niwa discovered her cat Cyacya lying down on the vibration plate of the machine in Tokyo, Japan, having turned it on himself.

Hilarious footage shows the cat rolling around as he is rocked up and down repeatedly. 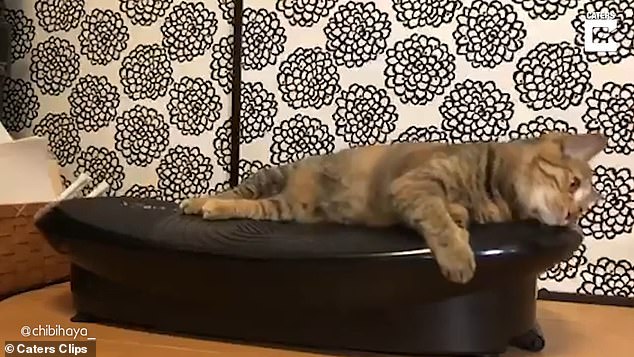 Cyacya the cat seems to be on a weight loss mission when he used his owner Asami Niwa’s vibrating fitness plate in Tokyo, Japan 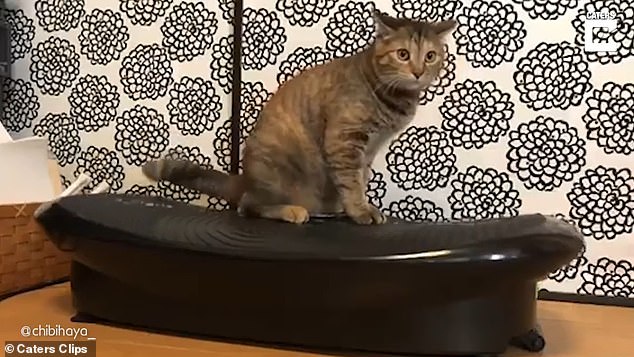 In the video, the cat lies on the vibration plate of the machine looking at Asami as she films.

Cyacya holds his neck upright before closing his eyes and dropping his head onto the plate, with a paw extended over the machine’s edge.

He grooms himself while still bouncing up and down, clearly enjoying the massaging effect of the machine.

Later on, he sits upright before rolling onto his other side to make sure his whole body is relaxed. 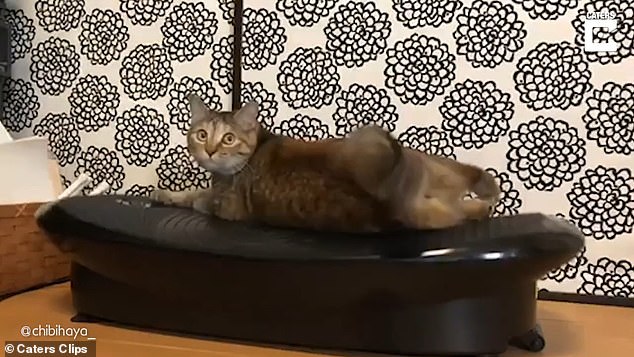 Asami also owns rabbits and hedgehogs and Tweeted a video of Cyacya on the weight loss machine on June 29.

She wrote: ‘Good evening, my child also puts it on and off by himself!’

Social media users joked the cat was using the machine for weight loss, with one writing: ‘Is it [on] a diet?’

Whole body vibrating machines aim to aid weight loss by forcing peoples’ muscle fibres to contract for balance while they stand on them.