The hotel in Liverpool received a total eight reviews on TripAdvisor since work was finished on the building on Sunday. 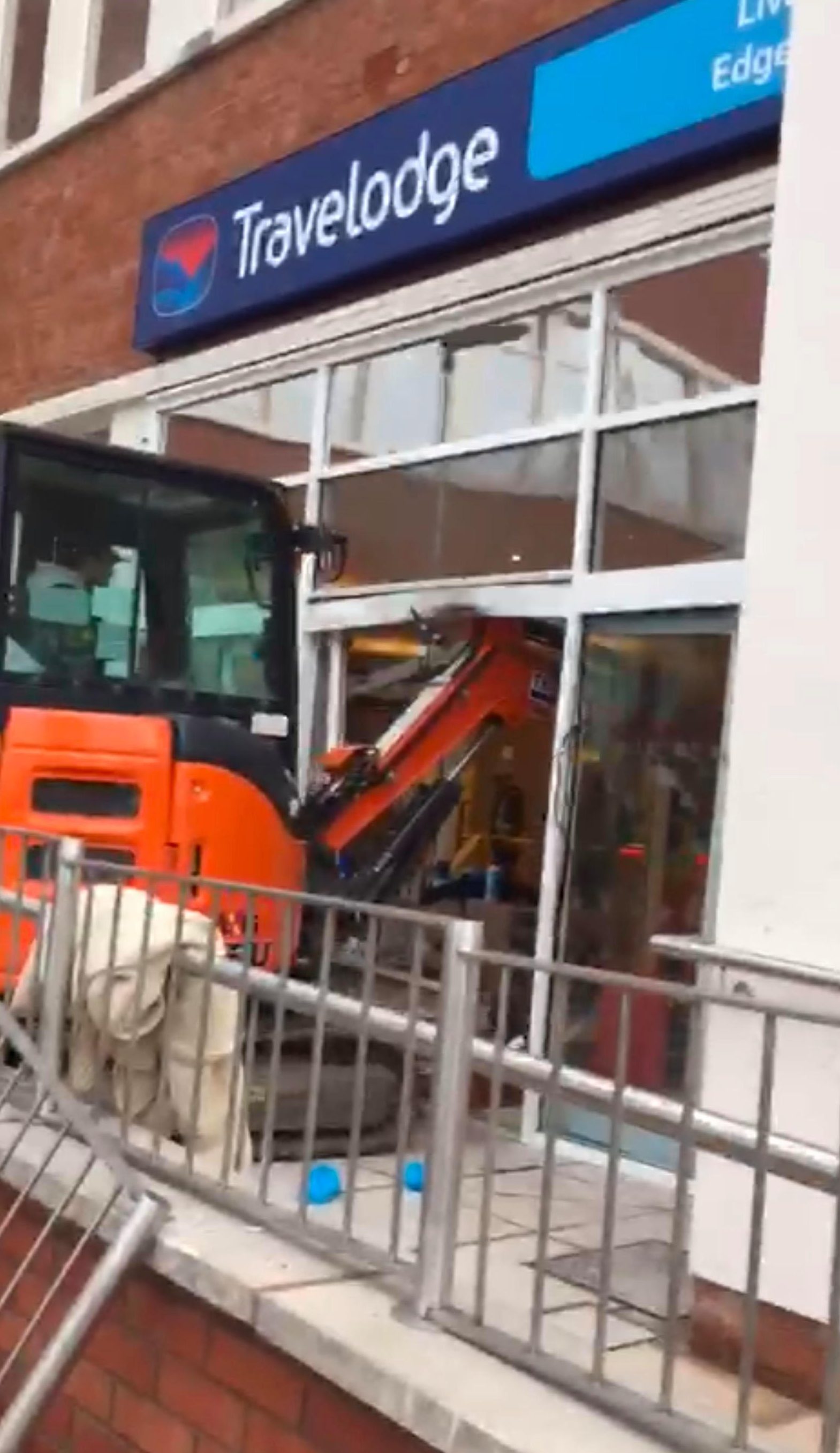 Six were “terrible”, while the last two were “poor” and “average” with one customer complaining it was “freezing”.

Another customer joked it had a “nice open air reception” after the angry worker repeatedly drove into the glass entrance.

Dozens of horrified colleagues watched on as he ploughed the orange digger into the hotel in Liverpool just before 3pm on Sunday.

One co-worker can be heard shouting: "That's what happens when people don't pay your wages, mate. You just don't s**t on the job.

And a number of scathing reviews have been left online after the video went viral yesterday.

A one-star review, titled “Nice open air reception”, read: “The reception was a terrible mess, looked like the builders had been in there.

“Looks like a smashing time. The best bit about my visit was that justice had been done – pay your staff.”

Another one-star review read: “I was woken by a lot of noise, mainly by some workmen who were working downstairs.

“The main thing that woke me was someone shouting something about £600.”

Another customer said: “Enjoyed the art installation in the lobby – meant to represent the social, economic and political chaos of our troubled time. Top marks for that.”

The reviews were posted on the site on Monday but they were taken down on Tuesday afternoon.

Footage of the incident went viral and the images pulled on the nation’s heartstrings with many sympathising with the worker.

A GoFundMe page was set up yesterday and £2,900 has already been raised for the unnamed worker. 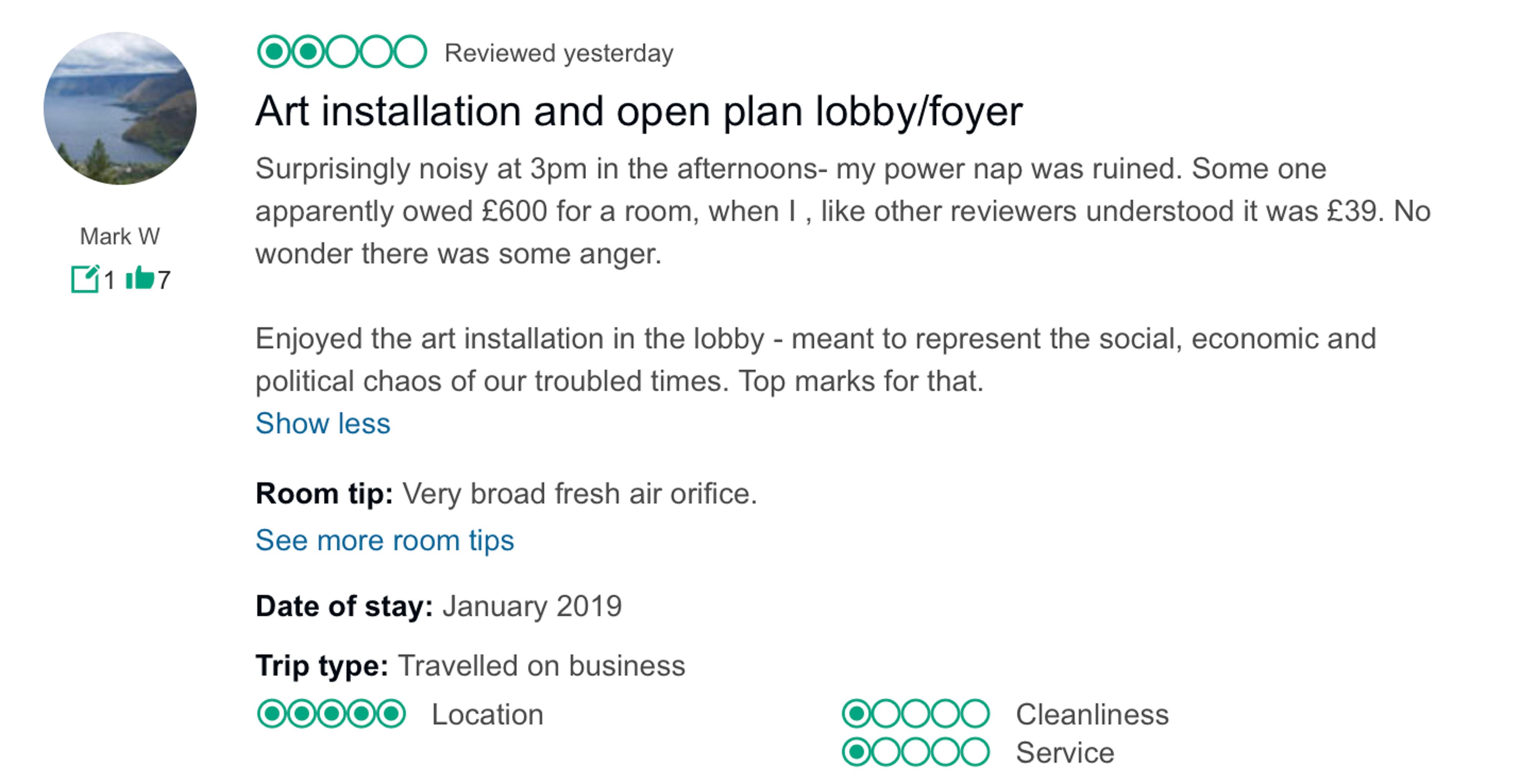 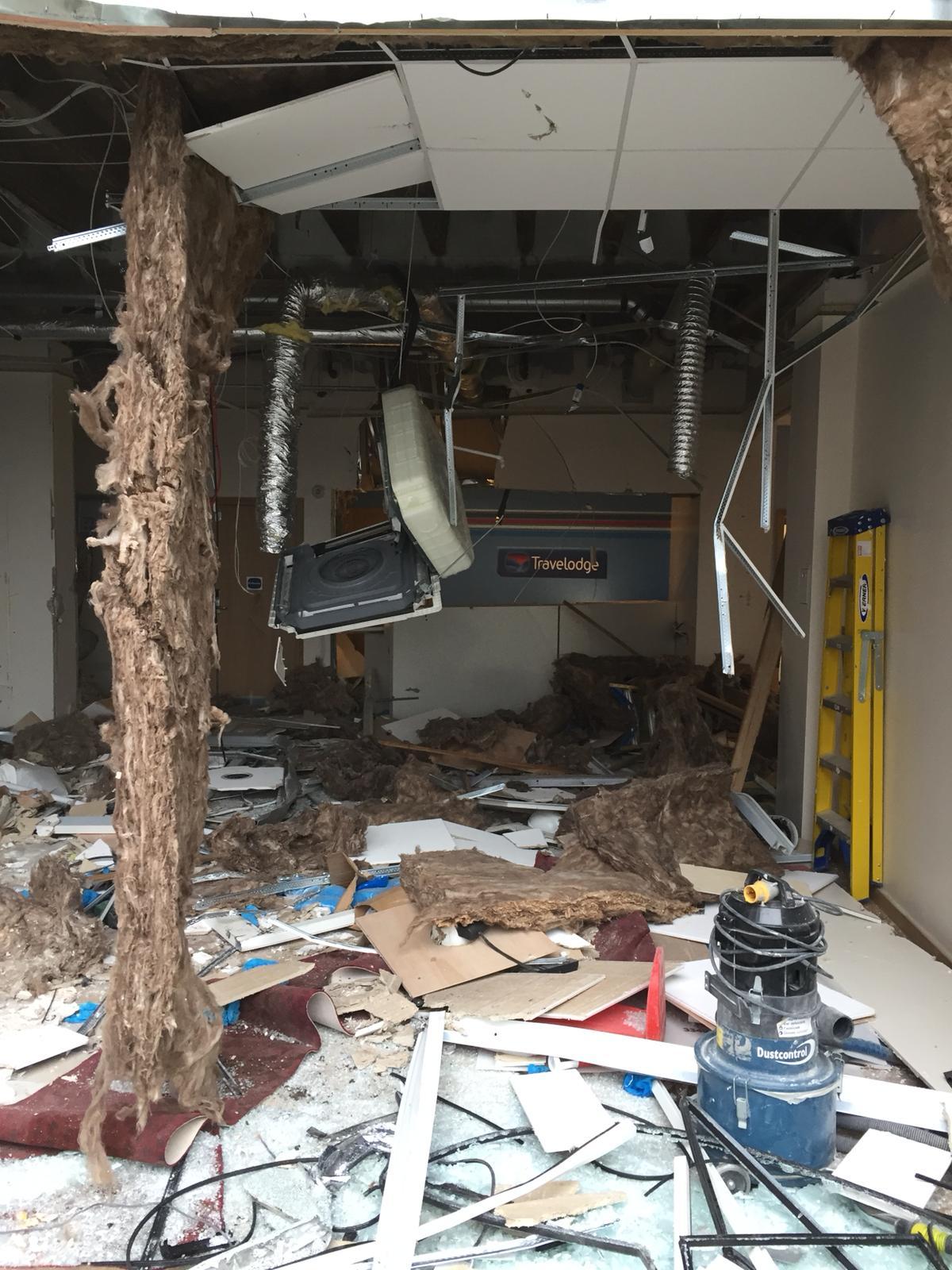 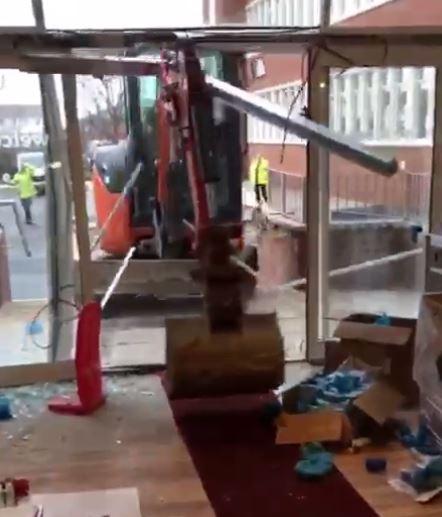