The former Secretary of State was beaten by Donald Trump in 2016 but feels confident the President has been damaged enough to give her a chance of winning, according to CNN. 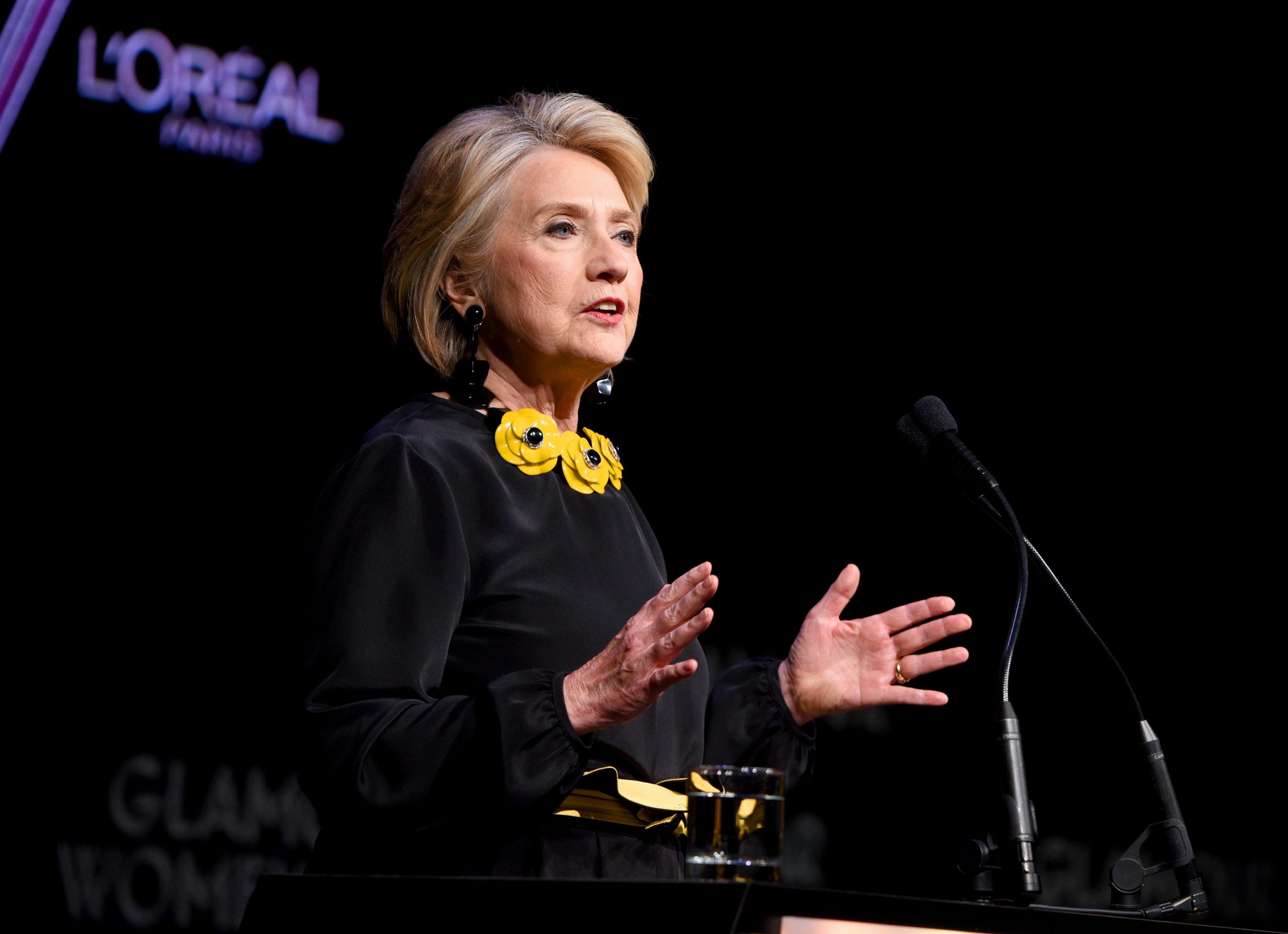 “Clinton is telling people that she’s not closing the doors to the idea of running in 2020,” CNN’s Jeff Zeleny said Sunday on “Inside Politics.”

“I’m told by three people that as recently as this week, she was telling people that look, given all this news from the indictments, particularly the Roger Stone indictment, she talked to several people, saying ‘look, I’m not closing the doors to this.'”

Zeleny said a friend of the 71-year-old Clinton told him “it would surprise me greatly if she actually did it”.

“But I think we have to at least leave our mind open to the possibility that she is still talking about it. She wants to take on Trump,” Zeleny said.

“Could she win a Democratic primary to do it? I don’t know the answer to that.”

Clinton became the first woman in US history to be named as the presidential nominee of a major political party in 2016.

Clinton believes Trump's difficulties give her a chance

She won the popular vote against Trump in 2016, but the President won the election with 306 Electoral College votes against Clinton's 232.

The campaign was marked by bitterness with Trump leading campaign rallies in chanting “lock her up” in reference to the scandal surrounding her used of personal emails for official business.

If Clinton chose to run again she would face stiff competition to secure the Democratic nomination, including from Kamala Harris.

The California launched her bid to become the first woman President and there has also been speculation Texas Congressman Beto O'Rourke and former Vice President Joe Biden could also run.

Last year, a pipe bomb was sent to Clinton’s New York home on the same devices were sent to CNN’s studios and the home of Barack Obama.

The Secret Service says the package was identified during routine mail screening procedures at the Clinton home early in the morning.

Clinton was campaigning for the Democrats in Florida when the "functional explosive device" was sent to her home, but her husband Bill was at the targeted home in Chappaqua, New York. 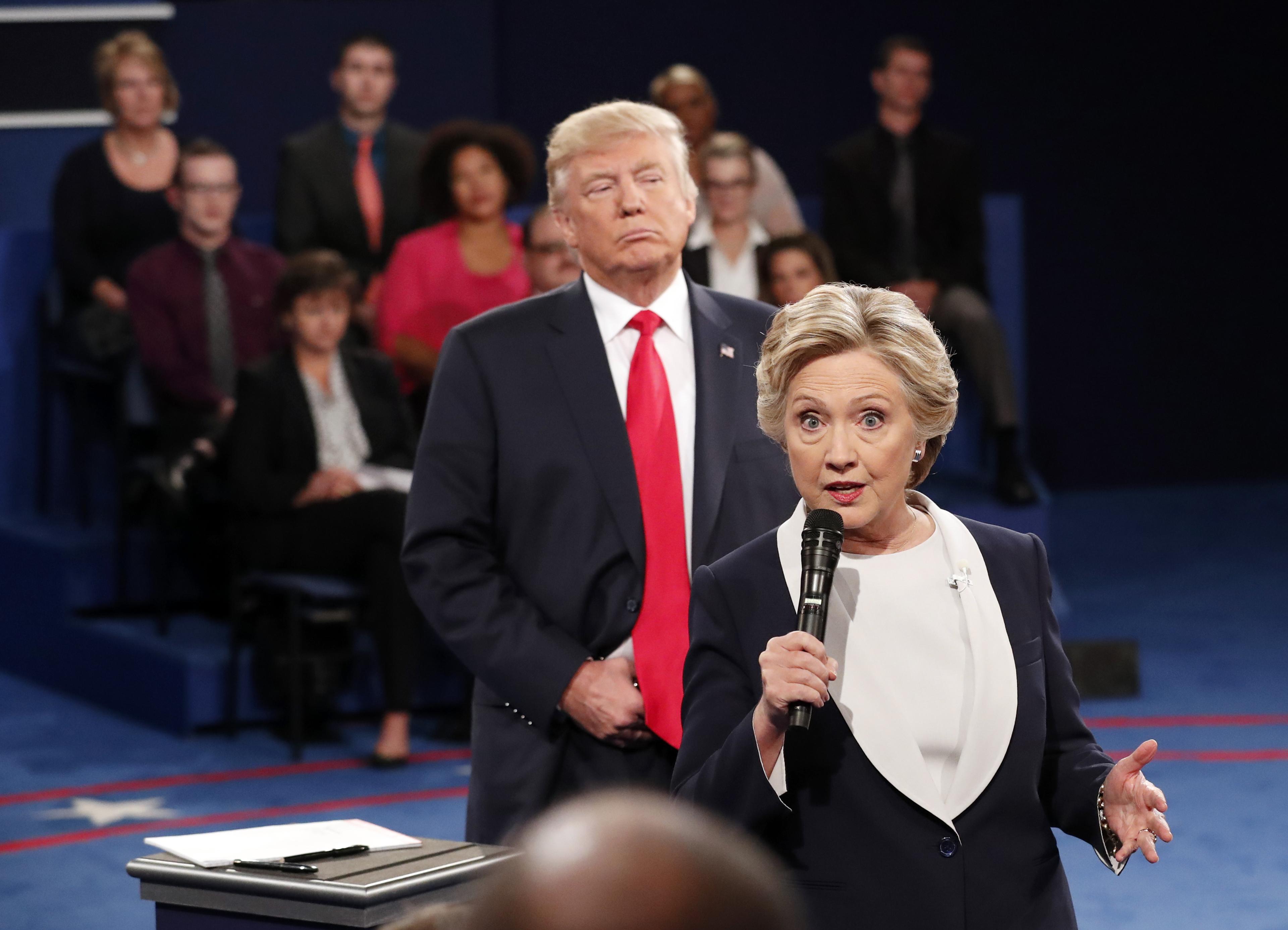 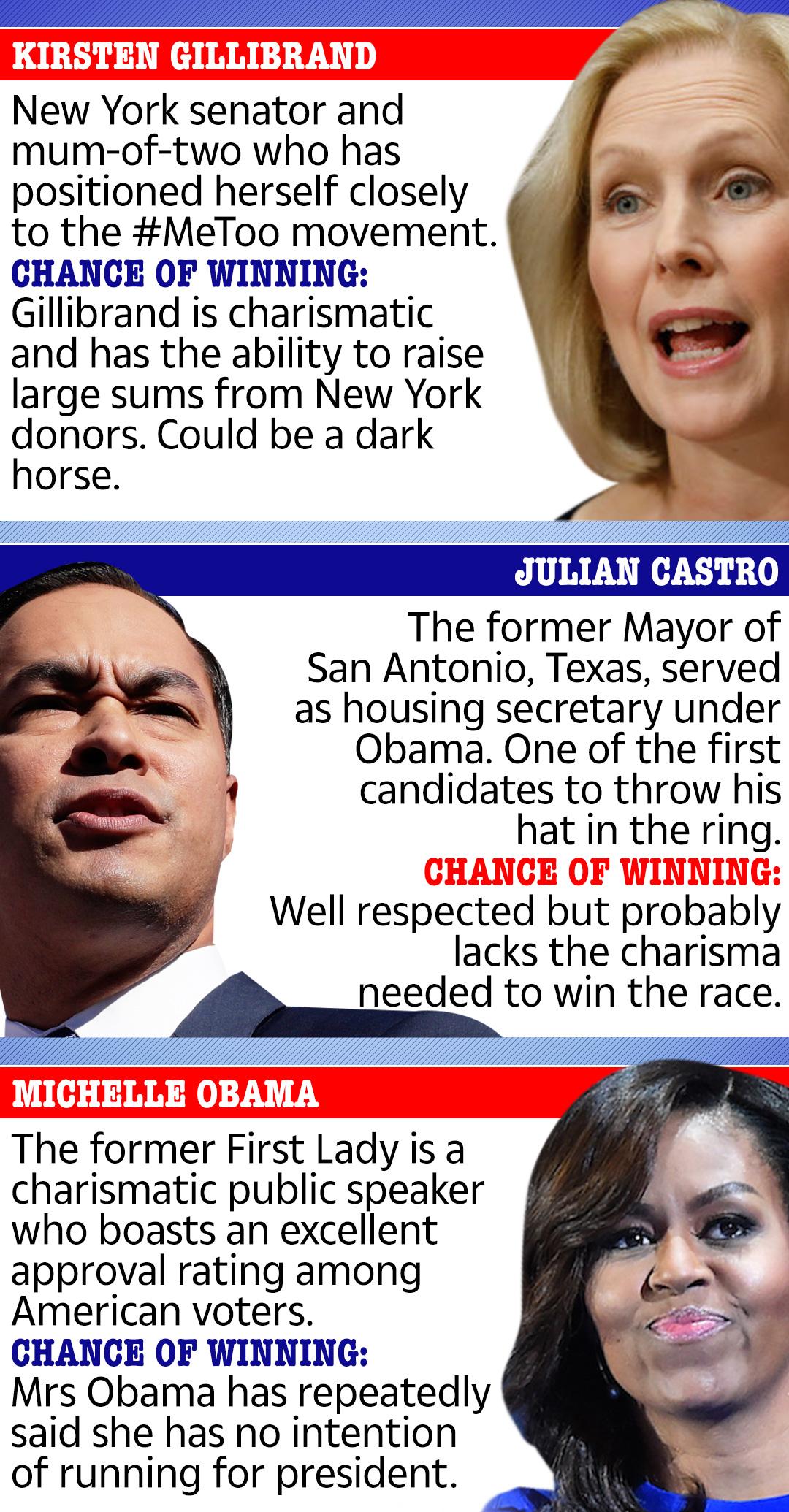 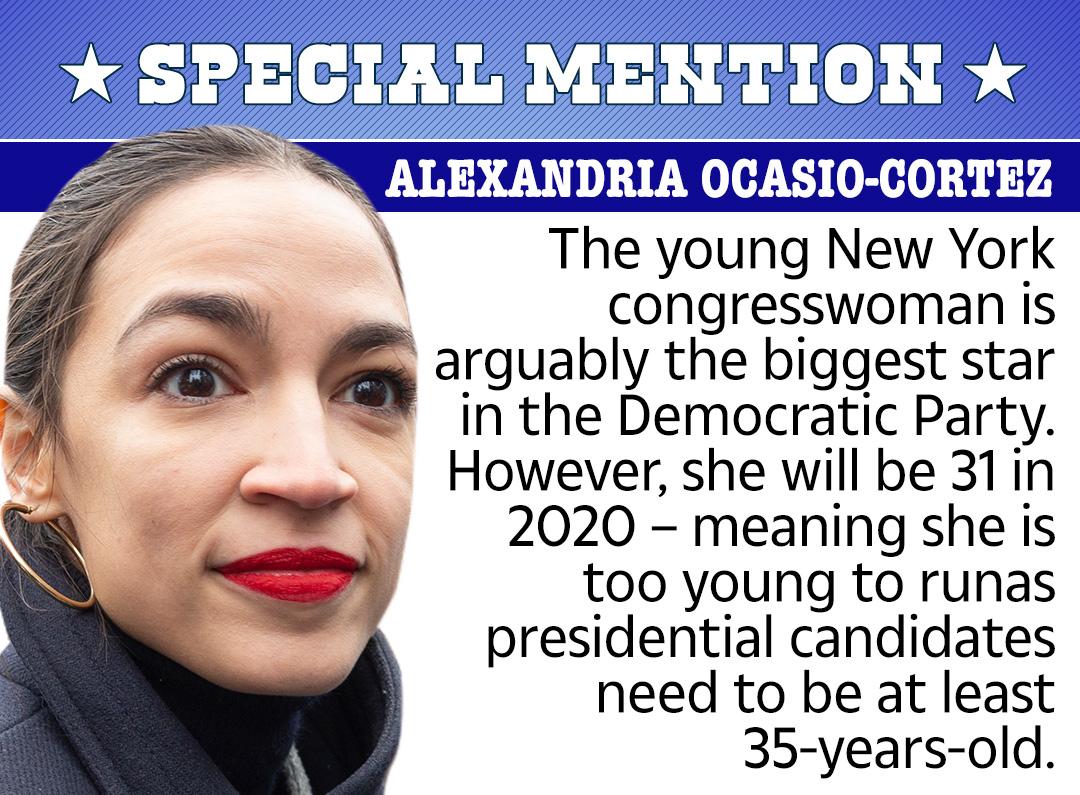