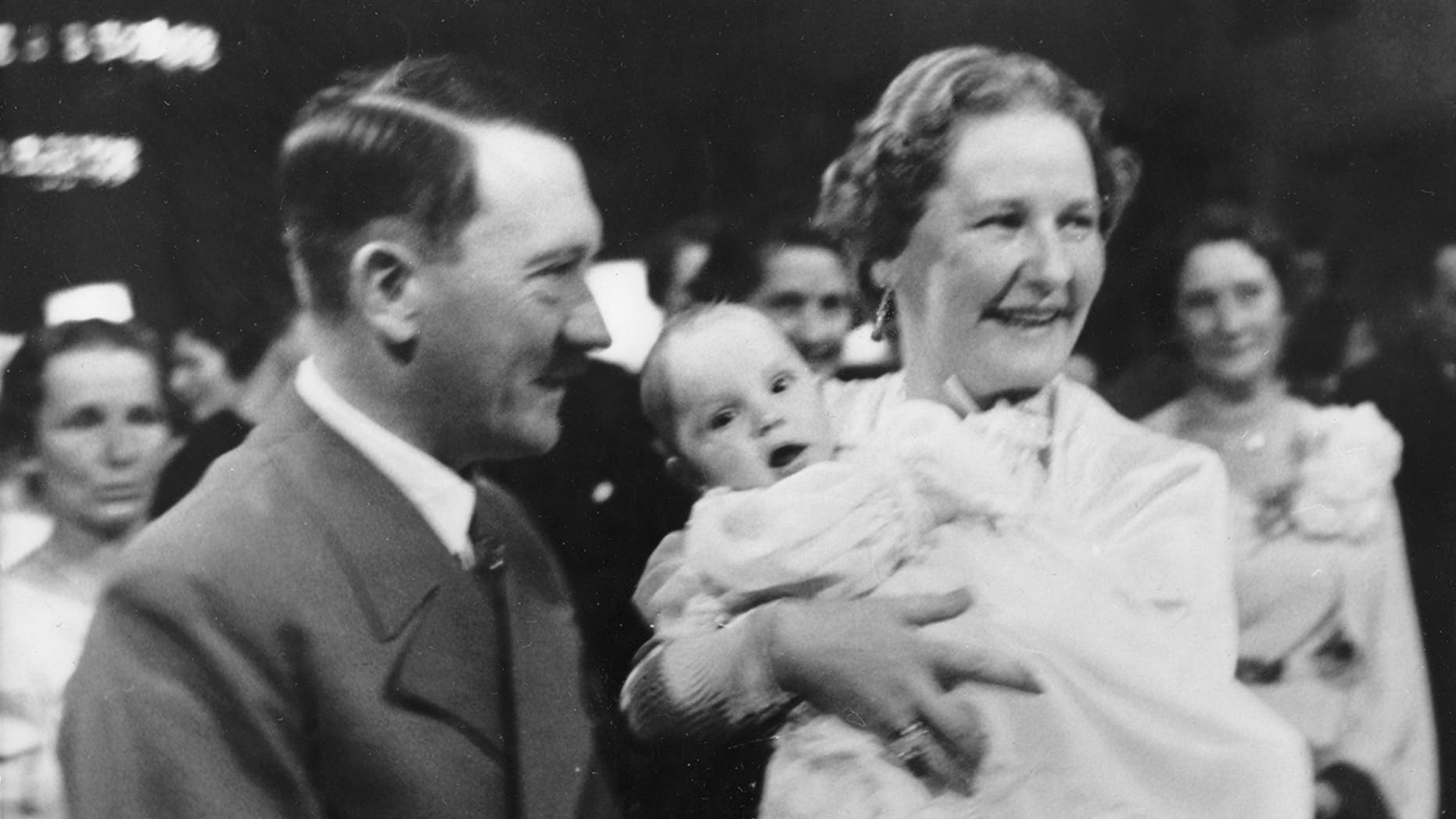 Edda Goering, goddaughter of Adolf Hitler and daughter of leading Nazi official Hermann Goering, has died at the age of 80. She is pictured with Hitler here at her christening
(Heinrich Hoffmann/ullstein bild via Getty Images)

Edda Goering, goddaughter of Adolf Hitler and daughter of leading Nazi official Hermann Goering, has died at the age of 80.

Goering, considered somewhat of a "Shirley Temple of Nazi Germany" according to the Telegraph, died of unknown causes on December 21, 2018, but her passing was not made public until this week. She was reportedly buried in secret in an unmarked grave in Munich, Germany.

Goering was born in 1938, the year before World War II began. Her father, Hermann Goering, was a prominent politican and military official, and an early member of Hitler's Nazi Party. In 1939, Goering was named as Hitler's successor, given his role as the "most popular of the Nazi leaders, not only with the German people but also with the ambassadors and diplomats of foreign powers," according to Encyclopedia Brittanica.

Edda Goering was the daughter of Hermann and his second wife, actress Emmy Sonnemann. She was the only daughter the leader ever fathered, and many considered her birth surprising, given that Hermann was badly injured in the groin in 1923, and his wife was 45 years old when she gave birth.  At her baptism, while wearing a christening gown with embroidered swastikas, the family named Hitler as Edda's godfather.

After World War II, Hermann Goering was convicted of war crimes and sentenced to death. The night his execution was ordered, he committed suicide by poison. 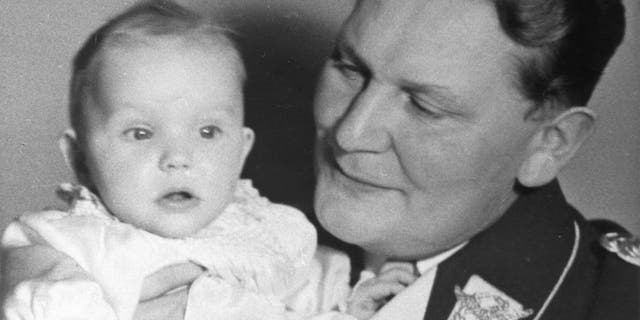 After World War II, Edda’s father Hermann Goering was convicted of war crimes and sentenced to death. The night his execution was ordered, he committed suicide by poison
(Rosemarie Clausen / ullstein bild via Getty Images)

Edda went on to live with her mother in the family's various estates after the war, and reportedly worked in a hospital clinic. In 2015, she attempted to gain back some of her father's prized pieces of art, many of which had been looted during the war and were confiscated from him after his death.

In a petition to a legal committee, she asked for enough of her father's items back in order to live a "substistence livelihood." The committee reportedly unanimously denied her request after just a few minutes of deliberation.

Unlike the children of other Nazi officials, Edda rarely spoke about her father.

In a 1989 interview, she did, however, speak of her "very nice early childhood" because of the "love and care of my parents," according to the Times of Israel. In regard to the "unbelievable thing that happened to the Jews,” she said she felt her father was doing what he thought was best at the time.

“I am convinced that my father, when he joined Hitler, believed that he was doing the best for Germany. My father was extremely popular, even abroad. He had the background, personality and natural warmth,” she said.