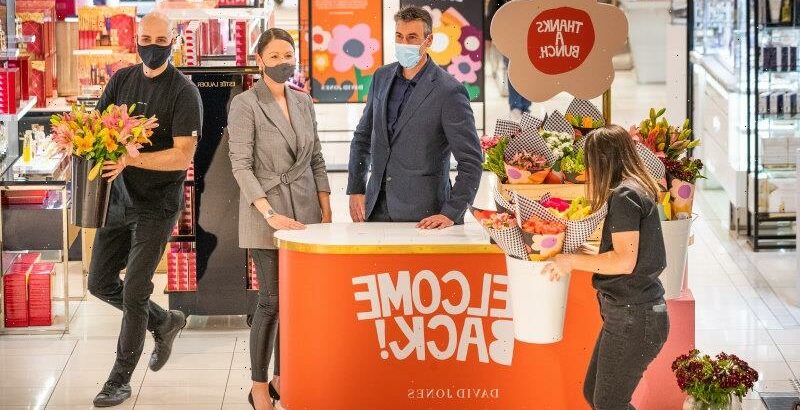 It might not be classed as essential but over the long weeks of the city’s sixth lockdown many Melburnians have missed shopping for something other than their weekly groceries.

That all changed at 6pm on Friday when Melbourne experienced an “unbridled” reopening, with paying customers allowed back into shops, gyms, cinemas and entertainment venues across the city. 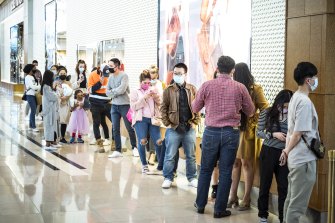 Shoppers line up at Chadstone on Friday afternoon.Credit:Chris Hopkins

Nicole Clowes, who was one of the first people through the doors at Chadstone shopping centre, said she was tired of having to buy her clothes online.

“It’s time to get into the store and pick it up from the shelves,” she said.

The wild weather across the state that left thousands of homes and businesses without power did not dampen the feeling of relief as metropolitan Melbourne and regional Victoria reunited and a range of restrictions – including outdoor mask wearing – were lifted.

Cafes, pubs, restaurants, hairdressers and beauticians are now able to seat more customers for a celebratory champagne or a sorely needed cut and colour. Outdoor events including weddings and funerals are now able to host up to 500 fully vaccinated people. 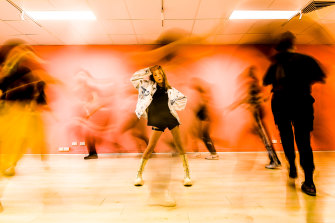 Dance classses resume after lockdown at JMC Dance Lab in the city.Credit:Justin McManus

Tien Mang Wong’s first priority was getting back on the dance floor at JMC Dance Lab in Melbourne’s CBD for a class at 6pm.

The 22-year-old kept up her regular hip-hop dance classes online in her small apartment during lockdown but said dancing alone in front of a screen wasn’t the same.

“When you’re dancing in class you get this energy boost from the people around you,” she said. “I was a bit unsure of how it was going to go but after coming in it felt like coming home, to have people welcoming you back, it felt really good.”

Victoria powered ahead with reopening despite landing just shy of its 80 per cent target for Friday at 77.8 per cent of the eligible population fully vaccinated. That target is likely to be reached on Saturday.

Health authorities said they believed Victoria was coming down from peak coronavirus case numbers with 1656 new cases reported on Friday and 10 deaths but there were concerns hospitalisations would increase as the state opened up.

Premier Daniel Andrews said Victorians getting vaccinated in record numbers had enabled the state to take the “hard-earned next step” of easing restrictions.

“We’re getting back to the people and places we’ve missed and we’re also on track to be one of the most vaccinated places in the world,” he said. “I’m so proud of Victorians and everything they have achieved.”

Friday evening marked CBD cocktail bar Nick and Nora’s first time opening since lockdown ended, after the largely indoor venue deemed it not worthwhile to open with the previous cap of 20 guests. 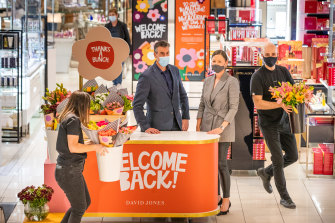 Density limits meant the bar was about half full on Friday with more than 100 guests in the 1930s-themed wooden booths.

In a sign of the times, Greg Sanderson, managing director of bar owner the Speakeasy Group, was back shaking cocktails.

“I never got into hospitality because I love spreadsheets. But just like everybody else, we are struggling for staff,” Mr Sanderson said.

He admitted to some nervousness around opening with COVID-19 widely circulating.

“Whether it’s this weekend or along the track, it will almost inevitably happen that someone walks in with COVID, staff will have to isolate and we may have to shut down again,” Mr Sanderson said.

“Excitement is the main feeling though. We know hospitality has done it tough, it’s been one of the first industries to be shut down each lockdown. But it’s also the first one that people can’t wait to get out and spend some money on.”

Melbourne lord mayor Sally Capp said she was pleased hospitality venues were buzzing again and retail was back open.

“After the weather we’ve just had I can tell you hospitality venue owners are so delighted that they can welcome more people indoors,” she said. 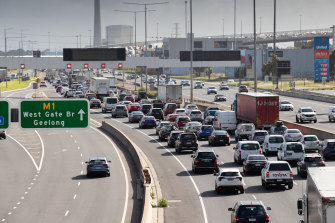 A steady line of traffic makes its way out of the city as Melbourne and regional Victoria were reunited on Friday evening.Credit:Jason South

Cr Capp said Melbourne had experienced a cautious reopening last week with the end of lockdown but this was an “unbridled” reopening.

“That sense at six o’clock of more freedom is something that’s actually hard to describe, it’s like lifting a weight from our shoulders and a sense that we can be more spontaneous and really enjoy ourselves,” she said.

With the state opening up for unrestricted travel for the first time and regional and metropolitan Melbourne reunified, many took the opportunity to hit the road for an unofficial long weekend for the Melbourne Cup.

By 5pm a steady flow of traffic was headed down the South Gippsland Highway towards Phillip Island, with many cars towing caravans and others with surfboards strapped to their roofs.

The Gippsland region was hit hard by power outages and some holidaymakers were forced to postpone their travel plans.

Those without power also included regional businesses banking on a busy weekend to make up for losses sustained during the pandemic.

At Chadstone some shoppers arrived as early as 4pm, lining up outside their favourite shops for a chance of getting in early.

Blackburn South local Ashley Newell arrived about 4.30pm on an errand from his wife to buy an ironing board cover.

“We are not the click and collect type,” he said.

Target store manager Ida Gianfagna said staff had been working from 5am on Thursday until 3am on Friday getting the store ready.

She said the government’s announcement about the lifting of restrictions had caught her off guard but she had been able to employ and train 35 new workers ahead of the reopening.

“We’ve been locked up for three months doing click and collect so my team is super excited about customers coming in” she said.

Business groups backed the latest round of restrictions easing as signalling the start of Victoria’s economic recovery.

Victorian Chamber of Commerce and Industry chief executive Paul Guerra said the changes meant Victorians could get “somewhat back to normal”.

“It’s not going to be an immediate recovery – businesses have a long way to go to get back to pre-pandemic levels – and we urge all Victorians to support local and plan holidays to the regional areas that have struggled over the last 20 months,” he said.

“Our focus for the moment is on Victoria’s rebuild, and the next steps. Pop the champagne corks, Victoria, we did it.”