Holding court cases in pubs? Well, the last time I was up before the beak it was for drink driving, writes TOM UTLEY 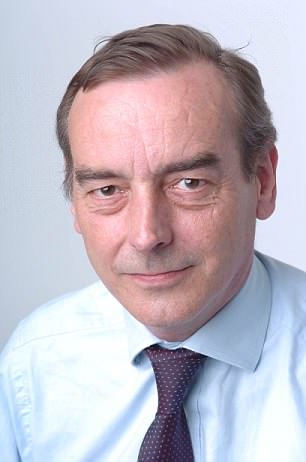 Tom Utley tells of the one time he was hauled before a judge for drinking driving, saying the experience in a London court scared him straight

Though it was getting on for a quarter of a century ago, I’ll always remember with a shudder of shame my first appearance in court as the accused. I pray it will prove my last.

A few weeks earlier, I’d been stopped by a police patrol car as I drove home along the Thames Embankment from my aunt’s 70th birthday party.

When I wound down the window, an officer informed me that one of the brake lights on my ancient Mini wasn’t working.

He then put the question I’d been dreading: ‘Have you been drinking, sir?’

I couldn’t deny it.

‘How much have you drunk, sir?’

I stepped out of the car, as instructed, and sure enough the Breathalyser showed I was over the limit (my late aunt shared the family horror of an empty glass in a guest’s hand; but I was a grown-up, even then, and I can’t pin the blame on her).

I was escorted into the back of the patrol car and driven off to the local station.

There, I was told to blow into another machine, much bigger and more serious-looking than the first, which confirmed the result of the roadside test. About one-and-a-half times the limit.

My fingerprints were taken and I was sent home by public transport to await my day in court, leaving my Mini to be towed off to a car pound. (The following day I had to pay £110 ransom to reclaim it — more than the car was worth.)

As I left the station, I remember being touched when the officer who’d arrested me said: ‘I’m sorry it had to be you, sir.’

Apparently, most of my fellow criminals were less polite and apologetic than I’d been. His evidence that I’d been fully co-operative was to help me when I appeared before the Bench.

When that awful November morning came, I presented myself at Horseferry Road Magistrates’ Court, Westminster — now closed and converted into flats, like so many other courthouses — with my heart thumping like a steam hammer. 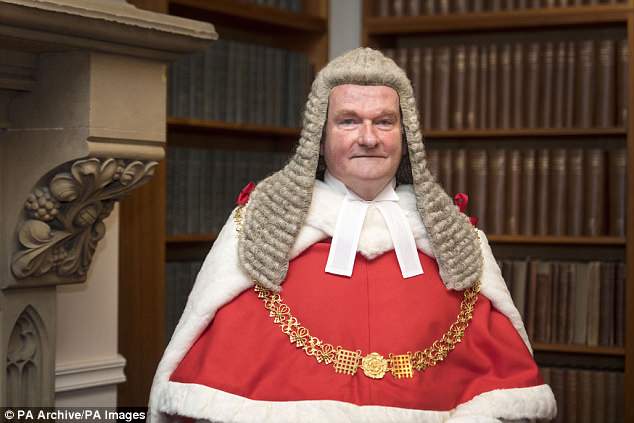 The detailed reforms were unveiled yesterday in documents sent by the Lord Chief Justice, Lord Burnett (pictured) to judges, magistrates and tribunal chiefs

As a journalist, I’d attended courts countless times before. Indeed, for 18 months in my youth I’d been Crown Court Correspondent for the East Anglian Daily Times in Ipswich, Suffolk, reporting trials from my seat in the Press box every day of my working life.

But never before had I experienced the majesty of the law from the point of view of a defendant, as guilty as sin and covered in shame.

It was the difference, I suppose, between watching Mastermind on TV, shouting answers at the screen, and sitting in that forbidding black chair, the focus of countless judgmental eyes.

An usher showed me to the courtroom where my case was listed to be heard. Committal proceedings for a grisly murder case were in progress, and the place was packed with reporters, lawyers and spectators.

It looked as if my ordeal was going to be very public indeed.

But as my good luck would have it, a case in an adjoining courtroom finished earlier than expected and the usher reappeared and led me there.

This one was much emptier than the first, with a single magistrate on the Bench and only a handful of people in the public gallery.

In the Press box sat a solitary reporter, who was mercifully uninterested in a run-of-the-mill charge against an obscure hack, involving no crash or injuries and no suggestion of erratic driving.

All the same, never before or since have I felt less at ease.

Never had the formality of a court hearing made such a deep impression on me — and never had the huge royal coat of arms above the Bench looked more daunting than on that day when I acquired my criminal record.

It wasn’t the modest fine or the thought of the extra insurance premiums that made me resolve I’d never be so stupid as to drive over the limit again.

Nor was it the statutory minimum 12-month driving ban.

Indeed, the disgraceful thought flashed through my mind, even as I surrendered my licence to the clerk of the court, that this would get me out of the school run for a year. (Poor, long-suffering Mrs U came off worst from my crime.) 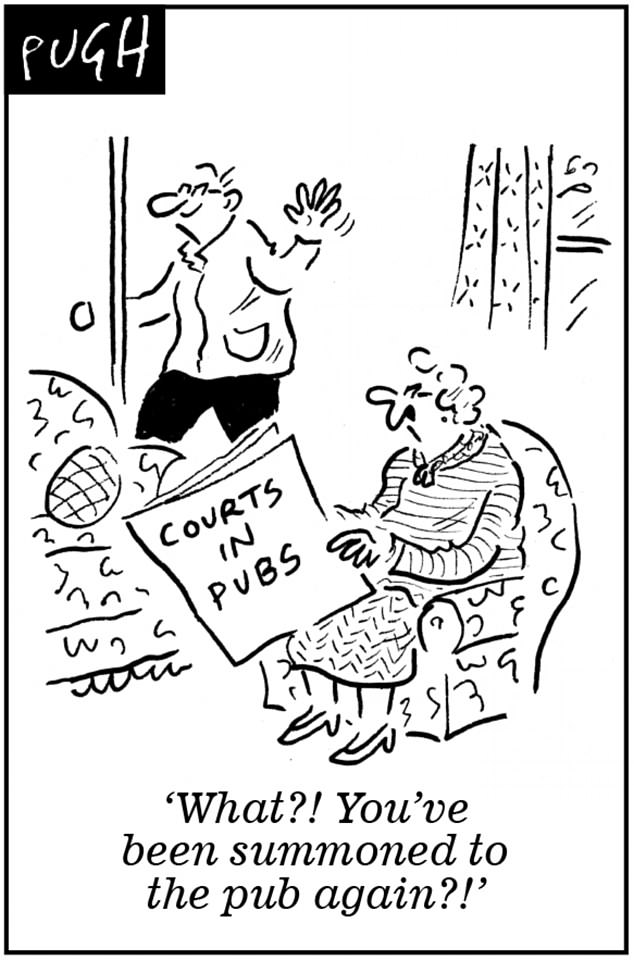 Hearings will take place in town halls, hotels or even pubs in towns where court buildings are to shut down

I won’t even pretend it was the magistrate’s pep-talk about the reckless selfishness of drinking and driving that made me mend my ways — although I acknowledge that every word he spoke was true.

No, it was the simple thought that I never wanted to go through my ordeal of that morning again.

Which brings me at last to the question: would I have felt the same if my case had been heard in a hotel or pub, instead of the imposing surroundings of a purpose-built magistrates’ court?

I ask because of this week’s decision that civil legal disputes and even some criminal trials will in future be heard in ‘pop-up’ courts, set up in town halls and function rooms in places where existing courts are to shut down. (This is supposedly to save £250 million a year after 2022, though I’ll believe that when I see it.)

As many a headline-writer has observed, it gives a whole new meaning to being called to the bar.

My first reaction when I read the news was to reflect that a great many members of the legal profession (not to mention court reporters) will relish the proximity of alcoholic refreshment during breaks in a trial.

I thought of the famous exchange alleged to have taken place between a judge and the great, irreverent barrister F.E. Smith, before the latter was appointed Lord Chancellor by David Lloyd George.

Smith (to a witness): So, you were as drunk as a judge?

Judge: Surely you mean as drunk as a lord?

Smith: Of course, my lord. 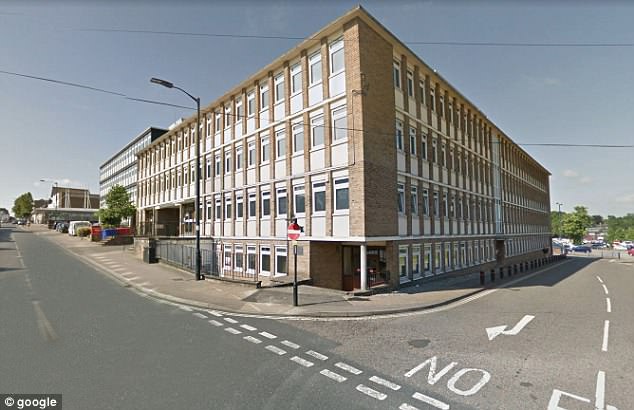 And the centre at Bury St Edmunds in Suffolk, where all divorces in London and the South East are dealt with, is said to be taking 22 weeks longer than it should to process petitions

Indeed, it struck me at first as a thoroughly misguided idea that could almost have been designed to strip legal hearings of their dignity and the awe they inspire in defendants and witnesses.

Clearly, proceedings ought not to be conducted in rooms where they are likely to be disturbed by the racket of a juke-box or the roars of fans watching a football match downstairs.

But if a pop-up court is laid out properly, with a raised platform for the Bench and the Royal Arms on the wall, I don’t see why it should matter that it’s not purpose-built.

Historians will correct me if I’m wrong, but wasn’t it normal in centuries past for judges to dispense justice in whatever buildings were available?

No, far more injurious to the dignity of justice, I reckon, is another radical change unveiled this week, under which some 840,000 minor criminal cases such as driving offences and fare-dodging will be handled online.

I feel the same about online voting, which would surely rob the democratic process of the solemnity of the polling station, which so many of us experienced yesterday.

Speaking for myself, I can say with near certainty that I would not have learned my lesson half as well, all those years ago, if I’d been able to settle my drink-driving case with a few clicks of a computer mouse, instead of having to face the full majesty of the law in person.

A surreal postscript before I close. When I left that Westminster courtroom after the case of Regina v. Utley, one of the first people I saw was … Regina!

It was the day of the State Opening of Parliament, and the Queen was gliding past in her horse-drawn coach to do the business.

Was it my imagination, or was she triumphantly waving the driving licence I’d just surrendered to her court officer?

Whatever the truth, I got it back many a long year ago — and after my sobering experience that morning, I’m determined never to lose it again.