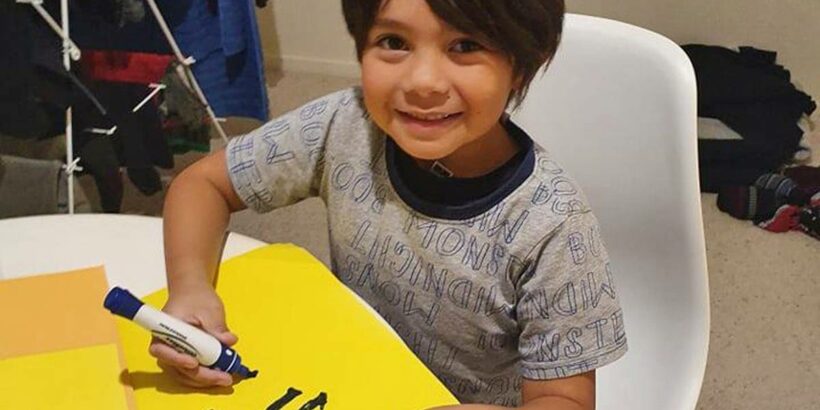 A couple of school mates, devoted grandparents and a little boy known for his infectious giggle were among those killed on our roads over the holiday period.

A total of 11 people died on roads around the country during the official 2020-21 holiday period, which started at 4pm on Christmas Eve and ended at 6am today.

Four people died during the same period last year. Officials say the latest figure is provisional at this stage.

However, no other fatal crashes have been reported by authorities since yesterday, when a person was killed in a crash between a truck and a car on State Highway 29 in the Lower Kaimai Ranges.

Police have named eight of the 11 victims.

The youngest person identified is 6-year-old Myka Tuala, of Wellington, who also became the first person to be killed on our roads this year.

Myka was in one of two vehicles involved in a collision on SH1 in Hikurangi, just north of Whāngārei in Northland, about 4.15pm on New Year’s Day.

His dad, Jay Tuala, shared the heartbreaking reality they faced that day.

“There was a knock on our front door, where two police officers stood to deliver news no parent should ever have to receive.”

He shared photos of his young son smiling from earto ear in a green dinosaur costume and another giving a thumbs-up as he gets ready to tuck into a peanut butter sandwich.

Tuala said his son was “loved and adored by so many”. A Givealittle page has since been set up to help support his parents.

The first names on the holiday road toll were Terry Charleston, 34, and Rebecca McAlees, 24, who died in a crash on Clevedon-Kawakawa Rd on Christmas night.

Emergency services were called to the scene about 7.30pm after reports of the single-car crash.

Police later put out a message indicating high speed was a key factor and called on drivers to slow down.

“Don’t speed. If you are going to speed, there is a race track (for that),” he told the Herald.

Former Kelston Boys High students and mates Jack Heritage jnr and Viliami Muru-Teutau, both 20, were both killed in the crash reported shortly before 6am.

Two others were seriously injured.

Muru-Teutau’s family later paid tribute to a young man who loved sports and particularly rugby. He played for the NZ Māori under-18 team and was a member of the
Waitematā Rugby Club’s premier team.

He was also the proud dad of a 1-year-old daughter.

Jack Heritage snr told of his son’s kind-hearted nature, the ability to make friends easily and revealed the young man had been planning to join the military this year.

“I have been telling [his friends]: ‘I wouldn’t want your parents to go through what we are going through now. It is so painful.

Jim and Kareen Malcolm were thrilled when they were told they were going to be grandparents – and proved to be very hands-on.

Daughter-in-law Alana Malcolm told the Otago Daily Times they often rocked their grandchildren to sleep and had spent Christmas Day watching them play with their toys.

“They were happy just holding them for hours,” she said.

The happily married couple, both 61, had been travelling on their Harley-Davidson when it collided with a milk tanker on the Riverton-Wallacetown Highway (SH99) last Monday.

They had earlier visited the graves of Jim Malcolm’s parents before they headed out to Riverton on their bike.

Their children, Matthew and Emma, and their families are now rallying to support one another, after the loss of both parents – whose joint funeral is today.

Two people who died in separate crashes last Tuesday have yet to be officially named by authorities.

The first fatality was confirmed after a crash between two vehicles on Nikau Rd, in Pahiatua, north of Masterton.

The crash happened just before 5am that day and a second person suffered serious injuries.

A few hours later, emergency services were called to another two-car crash on Kahikatea Flat Rd, in Dairy Flat.

Shortly before 10am that day, police said one person was reported to have serious injuries.

But police released another statement just after lunchtime: “Police can confirm that one person has sadly died in hospital following the serious crash on Kahikatea Flat Rd, Dairy Flat, this morning.”

Last Wednesday, two days before the new year, Benjamin Furze died in a single-vehicle collision on Russley Rd, in Christchurch, about 10.45pm.

The 29-year-old is the father of two boys, Cayleb and Jacob, and step-daughter Savannah.

Family and friends took to Facebook to share about a person who was just starting to turn his life around again.

A Givealittle page has been set up to help with funeral costs and anything more would be given to his young family, including partner Kim.

It revealed the young man was travelling home with friends and family after celebrating his mother’s birthday.

She described him on the page as her best friend: “My rock, my everything.”