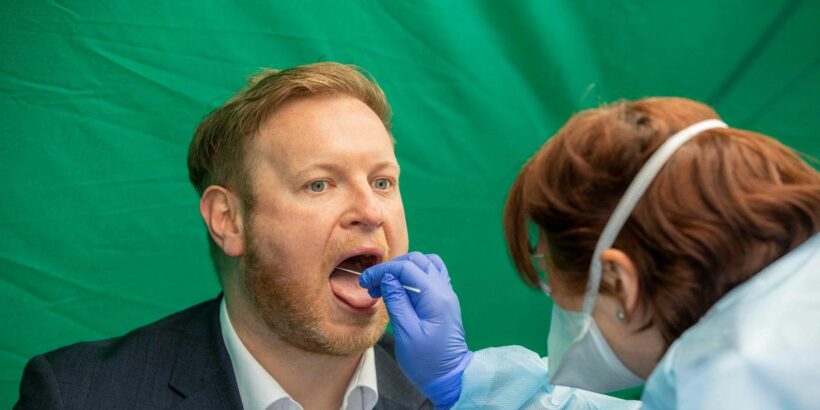 Compulsory Covid tests could add over £400 to the price of a foreign holiday, pushing the cost of a summer break out of reach for many Brits.

Some destinations could prove even more expensive. Return trips to some popular holiday destinations – for example Greece – will require a total of five tests per traveller.

With the price of each set of tests potentially reaching £370 that adds almost £1,500 to the price of a Mediterranean holiday for a family of four.

While many destinations will waive the requirement for tests if travellers have already been vaccinated that doesn’t help younger holidaymakers who are unlikely to have had their jabs before the holiday season gets under way in mid-May.

Research undertaken for Which? Magazine suggests that while most popular European holiday destinations will require five tests the exact prices of these tests will vary – from around £310 per set of tests to a trip to Italy up to £420 for the same tests if you’re going to France.

Health Secretary Matt Hancock has announced that everyone in England will also be offered free, twice-weekly coronavirus tests.

Wherever you go, you’ll require a negative Rapid Antigen test result before you can return home.

As well as the cost, in the first few months of the Summer, organising the tests in other countries where you don’t speak the language may present something of a challenge.

The government has said it intends to reduce the number of tests required for passengers travelling from "green list" countries from three, as it is at the moment, down to two.

Most foreign countries will be put on the government’s “green”, “amber” or “red” lists depending on their predicted coronavirus risks.

Initial lists will be published early next month, but at the moment the green list is predicted to contain the following: Gibraltar, Israel, Malta, Morocco, Portugal, Singapore, South Korea, United Arab Emirates, the USA. and most Caribbean countries.

The “red list”, which is already in operation, currently covers nearly 40 countries including Bangladesh, Kenya, Pakistan and all of South America and southern Africa.