Holidaymakers brazenly ignored warning signs at one of the country’s most famous beauty spots yesterday after a large section of cliff crashed on to the beach.

Stormy weather was blamed for making the Jurassic Coast cliffs in Dorset unstable, triggering a major rock fall about 6.30am yesterday.

It covered Hive beach at Burton Bradstock, and sections of the coast, including part of the beach featured in the hit ITV crime drama Broadchurch, had to be closed off. 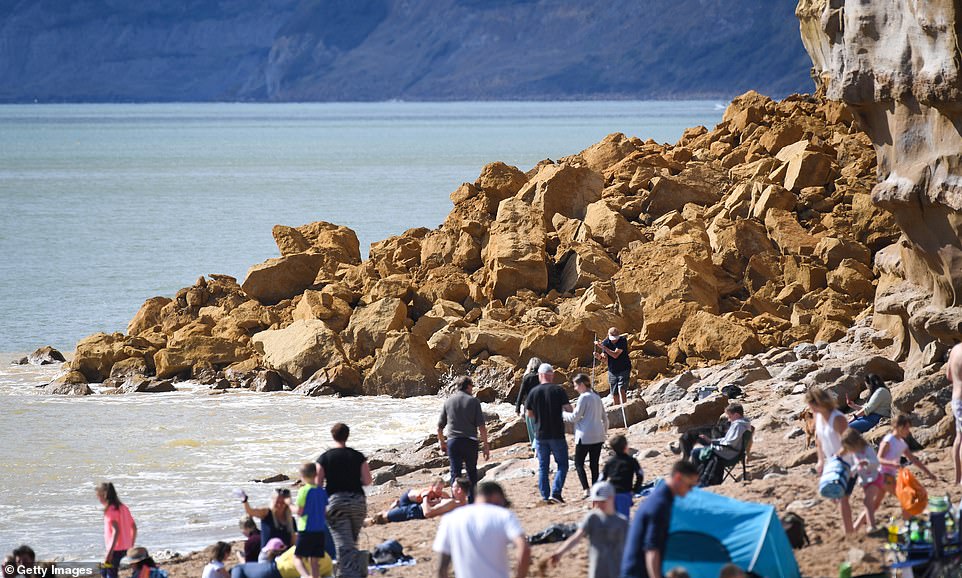 Stormy weather was blamed for making the Jurassic Coast cliffs in Dorset unstable, triggering a major rock fall about 6.30am yesterday 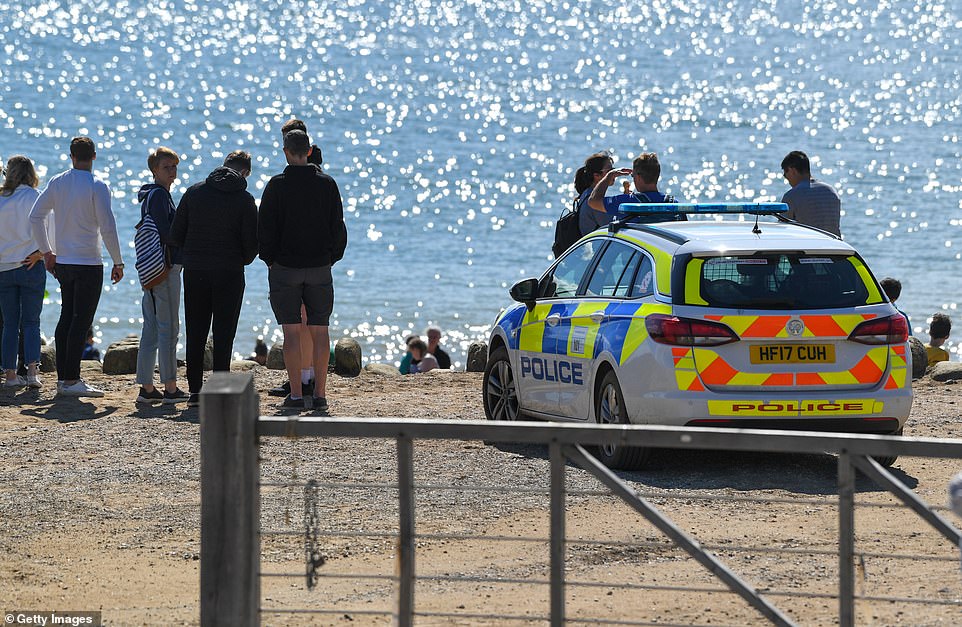 But tourists failed to heed warnings urging them to keep a safe distance.

One couple even used the rocks as a perch to enjoy the sea view, seemingly unaware of the sign next to them saying: ‘Beach closed.’

Cynthia Justham, who went walking there yesterday, said many visitors seemed oblivious to how ‘dangerous and unpredictable’ the cliffs are.

She said: ‘Sadly already people are walking right up to it and on it – they don’t seem to realise more could fall on top of them at any time and they’d have no time to get out of the way.’ 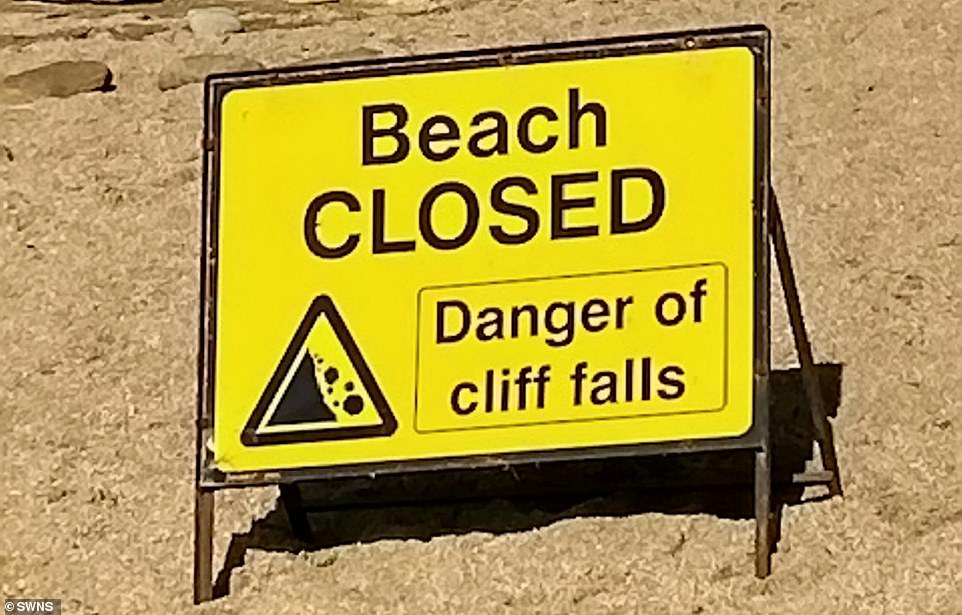 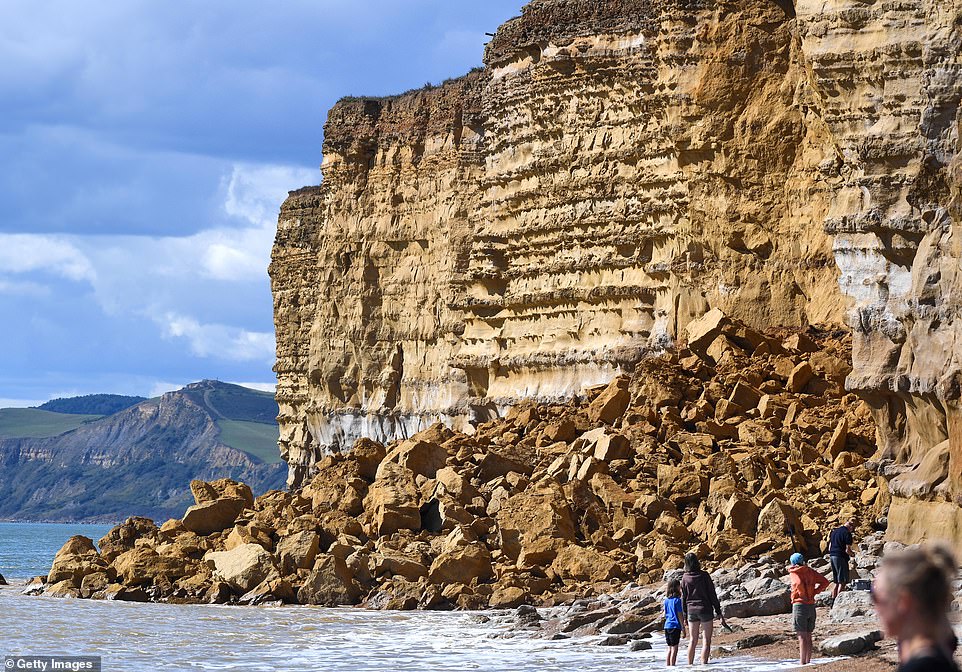 The crew said the fall happened at approximately 6.30am and is located between Hive Beach and Freshwater Beach 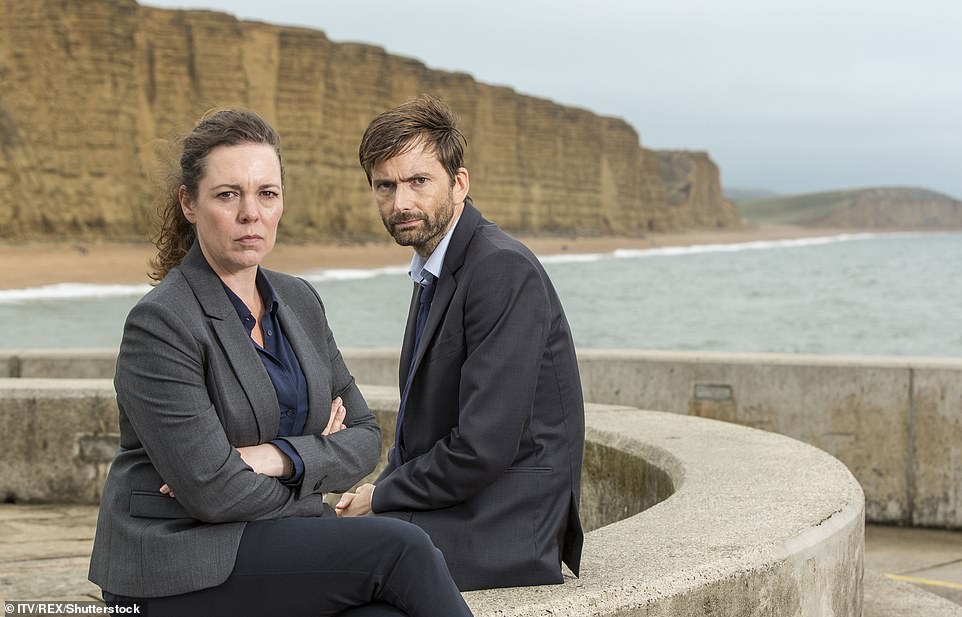 In a warning to visitors, Bridport Fire Station said: ‘Please keep away from the cliffs and do not climb over the rock fall.

‘We have had a lot of rain and strong stormy seas battering the cliffs making them very unstable. Cliff falls can happen at any time without warning.’

In 2012, Charlotte Blackman, from Derbyshire, died when she was buried under hundreds of tons of rocks after a landslip on the same beach.