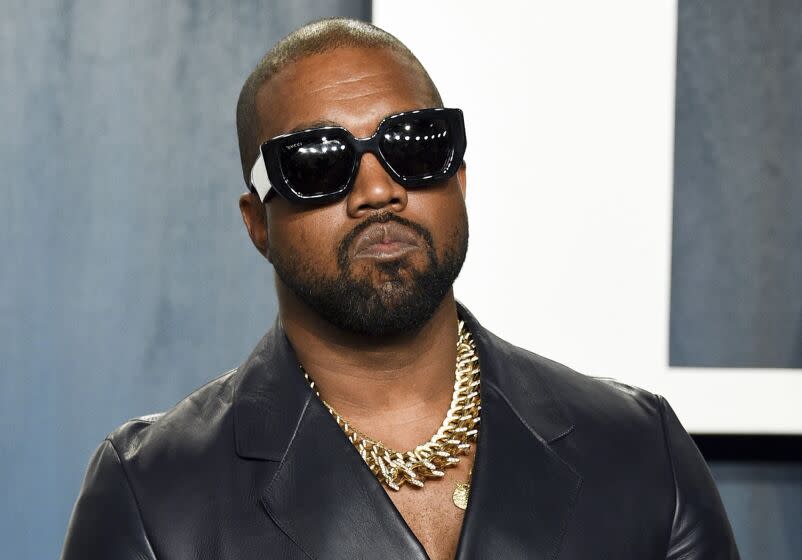 CAA, the prominent Hollywood talent agency, has stopped representing Ye amid a growing call to boycott the rapper formerly known as Kanye West.

The agency ended its relationship with Ye this month following his recent antisemitic outbursts in various interviews, according to a person with knowledge of the situation who was not authorized to speak publicly.

CAA is the latest business to end its relationship with the rapper over his remarks. Other leading entertainment industry figures including Endeavor CEO Ari Emanuel called on all companies that work with the musician to cut ties with him after he tweeted he wanted to go "death con 3" on Jewish people.

Ye has remained in demand in recent years despite flirting with extreme right-wing politics, and engaging in verbal attacks on performers like Pete Davidson. His recent appearances with Candace Owens and Tucker Carlson, and provocations like wearing a “White Lives Matter” shirt, have proved too controversial for some firms to bear.

Ye’s outbursts in the past have often been excused, in part, because of his struggle with what he has said is a diagnosis of bipolar disorder.

But his airing of antisemitic views in a string of interviews has made it nearly impossible for companies to defend working with him, causing some brands such as Adidas to cut ties with the hugely popular recording artist.

Balenciaga, a close fashion collaborator with Ye, has also ended its business relationship with the artist in recent days. J.P. Morgan and the Gap have also parted ways with the rapper.

His record deal with longtime label Def Jam has reportedly come to a close as well.

A representative for Ye could not be immediately reached for comment.

This is a developing story and will be updated.