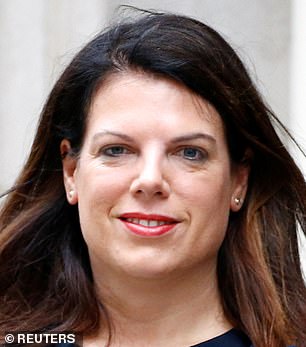 The Home Office has apologised after a data blunder exposed the email addresses of people interested in the Windrush compensation scheme.

An ‘administrative error’ meant messages sent to some individuals and organisations who had asked to be kept informed about the scheme included other recipients’ addresses.

Five batches of emails, each with 100 recipients, were affected. Immigration minister Caroline Nokes disclosed the error in the House of Commons.

She said: ‘Data protection requirements have not been met, for which the Home Office apologises unreservedly.’

Up to 15,000 eligible claims totalling between £120 million and £310 million are expected to be lodged under the scheme.

Ministers last year faced a furious backlash over the treatment of the Windrush generation – Commonwealth citizens and long-term UK residents who in some cases were denied access to services, held in detention or removed from the country.

Payments will be made to those who suffered ‘adverse effects’ because they were not issued documents proving their status.