TEGUCIGALPA (Reuters) – A Honduran court on Monday handed down jail terms of up to five decades for seven men convicted of the 2016 murder of indigenous activist Berta Caceres, who led a battle against a major dam on the ancestral lands of her Lenca tribe. 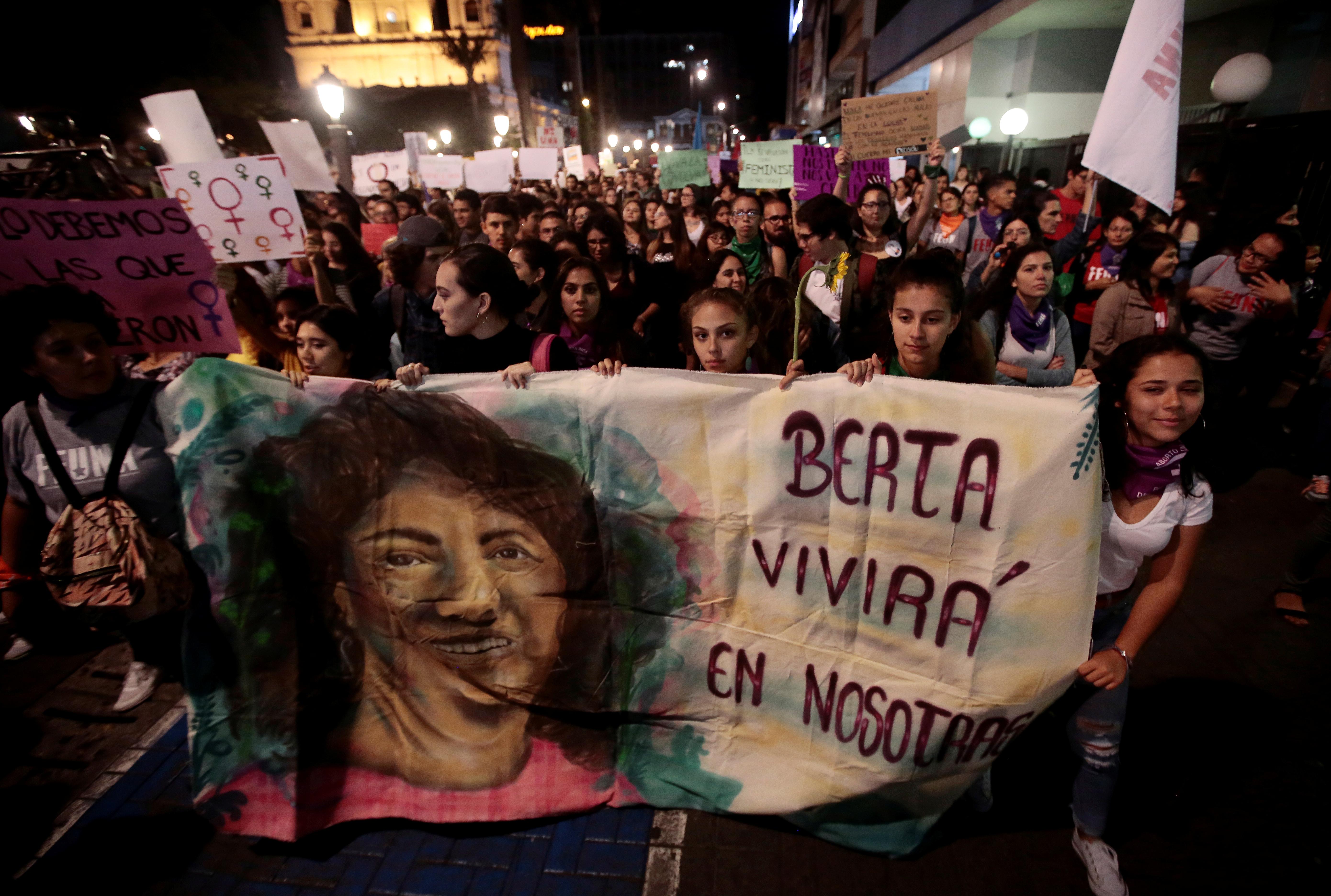 “Five of those accused of the murder…were sentenced to 50 years in jail and another two to a term of 30 years,” said court spokeswoman Lucia Villars.

Honduran law gives the men 20 days to appeal the sentences.

Caceres, shot to death at her home in the town of La Espernanza, was a veteran land rights activist who started out in the early 1990s, setting her sights on illegal logging.

Since 2006, she had organized opposition to the $50-million Agua Zarca hydroelectric dam, where building came to a halt after completing as much as a fifth of the project.

Lenca activists criticized the dam on the Gualcarque River for what they said would probably cause major disruptions to their water and food supply, and faulted the project for a lack of required indigenous consultations.

Those already convicted include an employee of the Honduran project operator Desarrollos Energeticos, or DESA; an active duty military officer and a retired officer who was a DESA employee.

While DESA ran the project, Chinese state-owned Sinohydro, one of the world’s largest dam developers, was originally contracted to build it but eventually backed out in 2013.

The sentences announced on Monday, nearly a year after the seven men were convicted, were harshly criticized by Caceres’ daughter Olivia Zuniga, who said they sidestepped the larger culprits.

“This is a day of pain because the intellectual authors of my mother’s murder are still enjoying impunity,” Zuniga told reporters. “We are not going to believe that there’s true justice until these people are in jail.”

Zuniga has in the past accused the Atala-Zablah family, a prominent Honduran business group and major DESA shareholders, of being behind the murder.

Both the family and representatives of the business group have denied the accusation.

In a separate case, Roberto David Castillo, a former DESA executive president who had led the dam’s construction, was arrested in March of last year and accused by prosecutors of being behind the murder.

It is unclear when his trial will conclude.

DESA has rejected accusations that it was responsible for Caceres’ murder.