HONG KONG (Reuters) – Hong Kong braced for a fresh round of protests over the weekend as police said they would withdraw from a university on Friday that has been the site of some of the worst clashes between protesters and security forces in nearly six months of unrest. 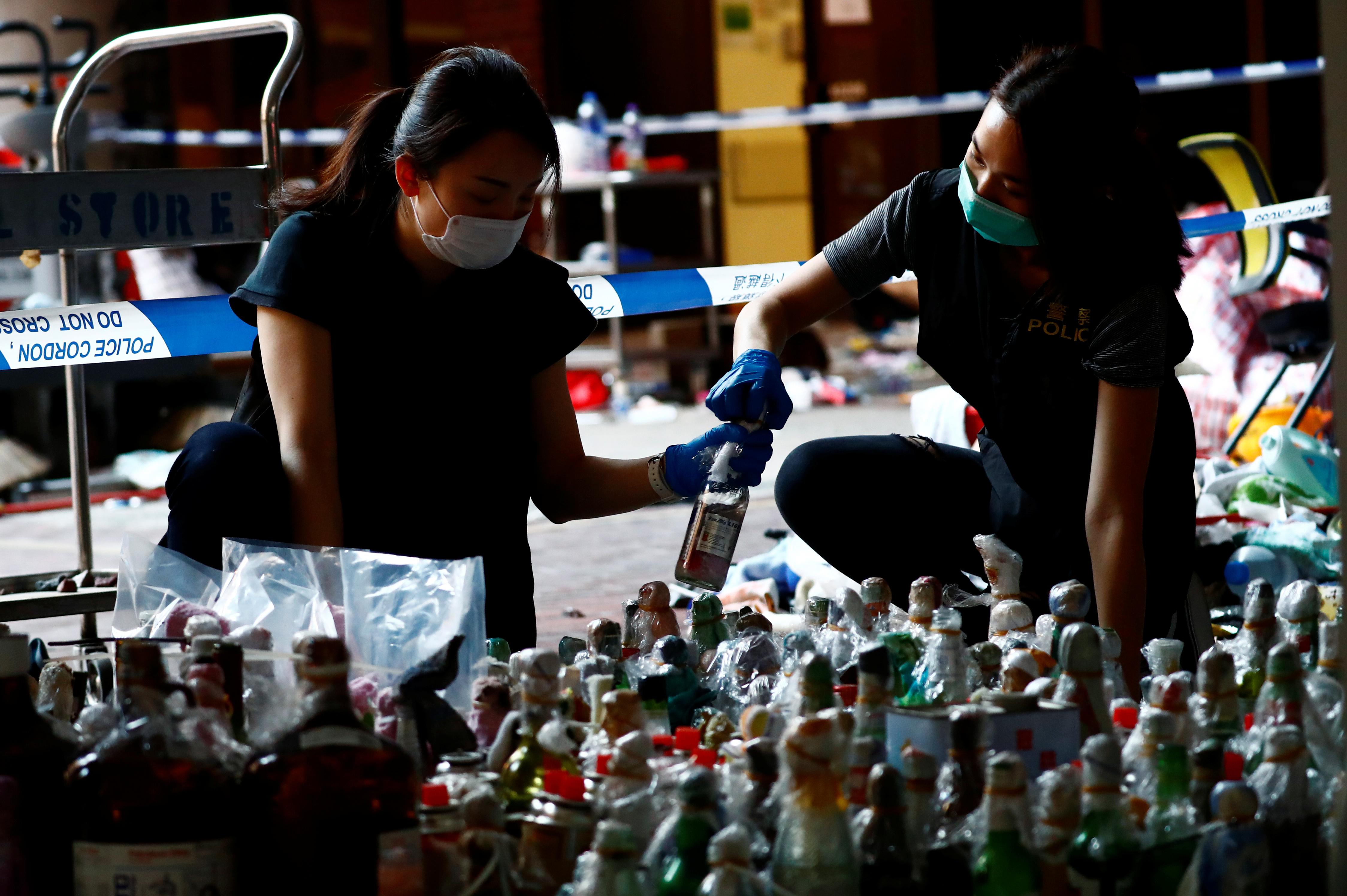 The protests, announced by demonstrators on social media, are planned from Friday, through the weekend and into next week. A big test of support for the movement is expected on December 8 with a rally planned by Civil Human Rights Front, the group that organized million-strong marches in June.

The Asian financial hub has seen a week of relative calm since local elections on Sunday delivered an overwhelming victory to pro-democracy candidates.

Anti-government protests have rocked the former British colony since June, at times forcing businesses, government, schools and even the international airport to close.

Hundreds of police officers entered the ruined campus of Polytechnic University on Thursday to collect evidence, removing dangerous items including thousands of petrol bombs, arrows and chemicals which had been strewn around the site.

Chow Yat-ming, a senior police officer said on Thursday night that the police would be able to finish their investigations by Friday. All officers would leave the site thereafter, enabling people to freely enter and exit the campus.

Polytechnic University, located on Kowloon peninsula was turned into a battleground in mid-November, when protesters barricaded themselves in and clashed with riot police in a hail of petrol bombs, water cannon and tear gas. About 1,100 people were arrested last week, some while trying to escape.

Police said they found more than 3,000 Molotov cocktails and hundreds of bottles of corrosive liquids on the campus.

It was unclear whether any protesters remained at the university on Friday but police have said arrests are not a priority and anyone found would first be given medical treatment.

Demonstrators in Hong Kong are angry at what they see as Chinese meddling in the freedoms promised to the former British colony when it returned to Chinese rule in 1997.

China denies interfering and says it is committed to the “one country, two systems” formula put in place at that time and has blamed foreign forces for fomenting unrest.

China warned the United States on Thursday that it would take “firm counter measures” in response to U.S. legislation backing anti-government protesters in Hong Kong, and said attempts to interfere in the Chinese-ruled city were doomed to fail.