For the government and protesters alike, this remarkable election result raises difficult questions, perhaps the leading amongst them – what do we do now?

A hitherto widely ignored local poll that returns councillors with responsibilities for parks and bins has been transformed into a referendum on the governance of Hong Kong.

The clear message to the city’s chief executive, Carrie Lam, is that her belief that the silent majority of Hong Kongers were actually against the protest movements was a massive miscalculation. 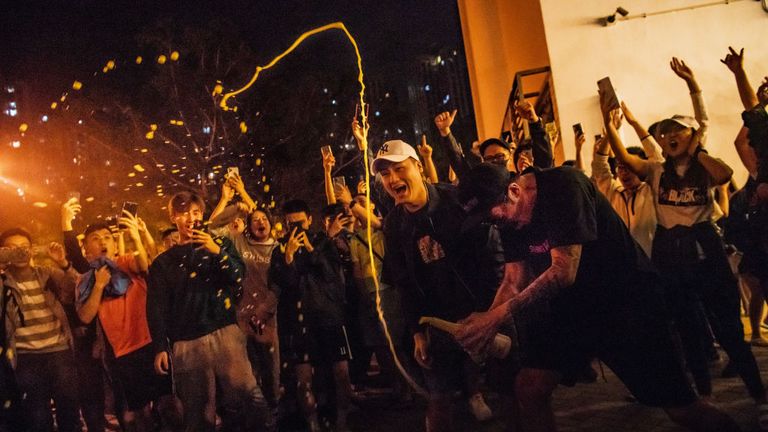 The huge turnout spanning all ages and classes could not illustrate more clearly that the government is out of touch with the majority.

But this was just a local election.

Ms Lam is under no actual pressure from the result to change her position of not negotiating with or listening to any of the protesters’ demands, and certainly Beijing will not be asking her to make any concessions.

But her first remarks after the result appear somewhat more conciliatory and she has said the government will take notice of what has happened.

A number of the protest groups have indicated that if some sort of inquiry is set up and the police stop banning marches that are organised by previously peaceful groups, then the heat could be turned down.

Given that freeing the arrested and introducing democratic elections to the territories are absolute red lines for the government and Beijing, Carrie Lam’s only wiggle room might be to indicate that a commission could be convened. 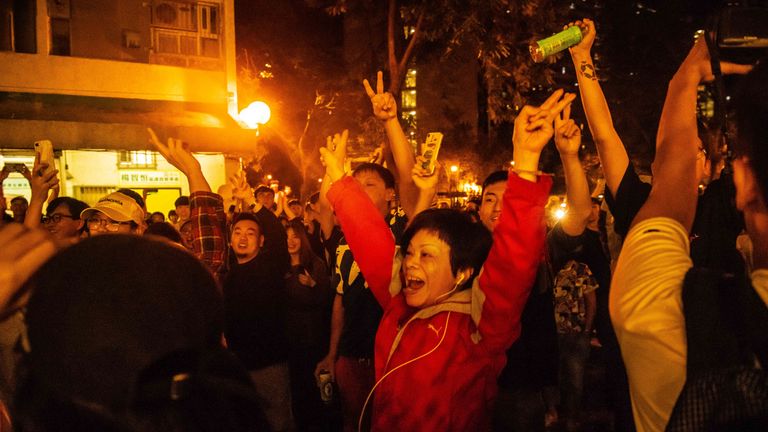 To do that, though, she would be undermining the existing complaints structures, a position the government has resolutely stood behind.

For the protest groups celebrating their victory there are already social media groups questioning the direction they should go.

A raft of newly elected councillors, youthful and with absolutely no political experience, now find themselves part of the establishment, whether they realise it or not.

The spectacle of these newly enrolled representatives of local communities running down tear gas-filled streets chased by the police would be a difficult one for any of them to explain away.

However, given that nothing has actually changed and their positions carry very little power, they may conclude that now, in fact, they have an actual mandate to continue this campaign of protest. 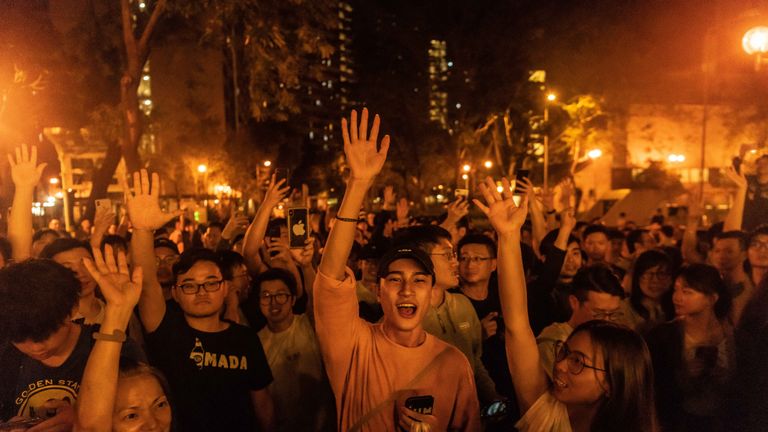 The protest movement is made up of a whole raft of opinions and politics, united only in the call for increased democracy and a change in the working of the government.

Some of the most radical members of the movement, those often seen hurling firebombs at the police and being arrested, have little time for the democrats wanting to fight elections.

There are thousands of “front liners” as they call themselves, none of them endorsed any of the political parties and begrudgingly urged people to vote as long as it was against Beijing.

These groups could be difficult to control for the majority of protest supporters, although the radicals may find themselves increasingly fighting the police with nobody behind them, a tactic they’ve benefited from for the last months.