DRAMATIC images show Hong Kong protesters abseiling from a bridge and crawling through sewers to escape the university that is surrounded by police.

About 100 demonstrators are still occupying the Hong Kong Polytechnic University as of this morning.

Over the past few days as many as 200 were holed up in the campus trying to evade police, but as night fell on Monday many began to flee.

Cops have surrounded the university and are arresting anyone who leaves after bombarding protesters with tear gas and rubber bullets.

Activists retaliated by firing arrows and using a homemade catapult to hurl petrol bombs at police.

Carrie Lam, the Chief Executive of Hong Kong, said 600 people have left the university, including 200 who are under the age of 18.

Lam said those under 18 would not be immediately arrested but could face charges later. She said the other 400 who have left have been arrested.

She warned during a press conference that police will use whatever means necessary to persuade the remaining protesters to leave to end the siege peacefully. 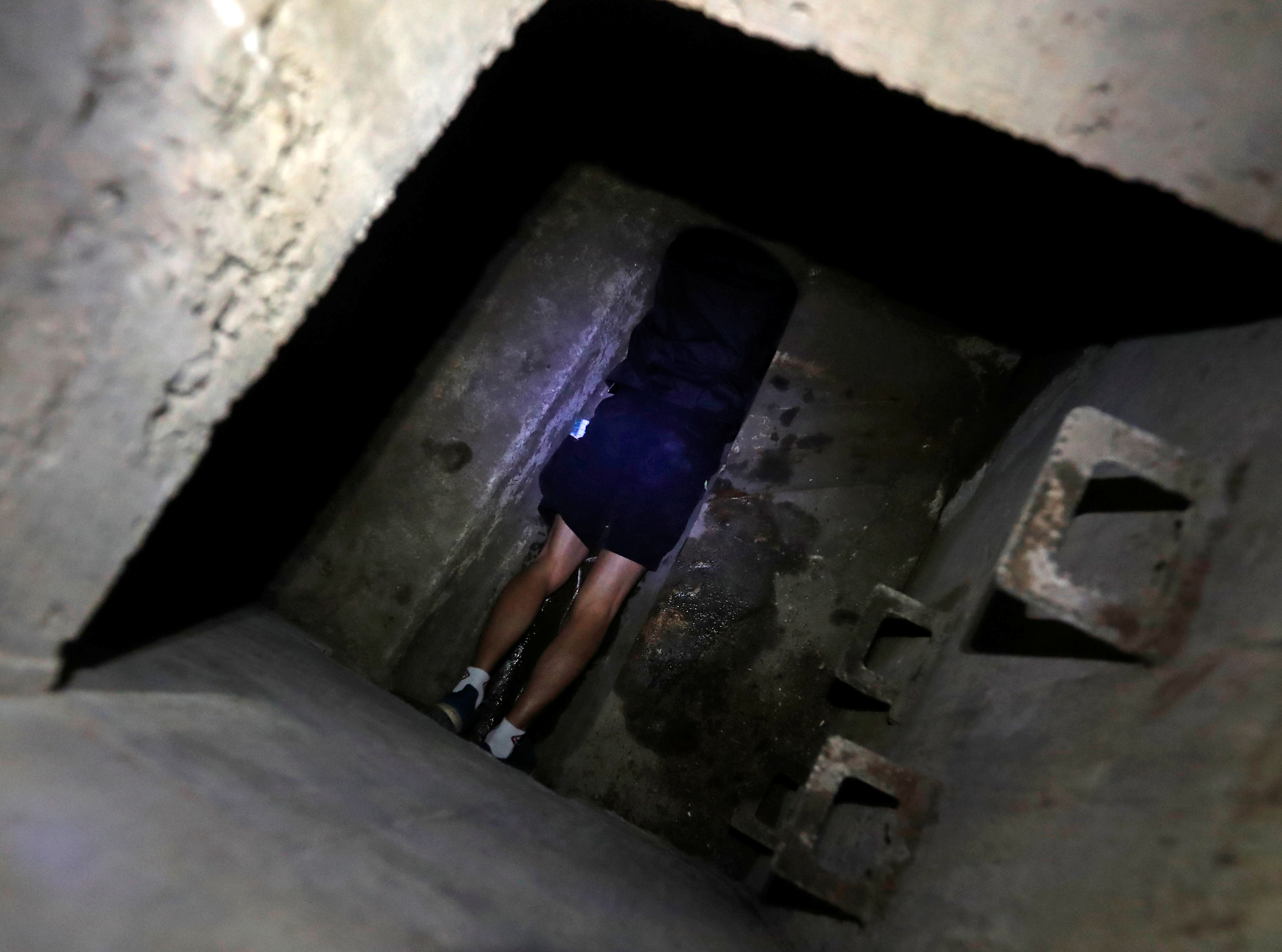 Many showed anti-government demonstrators bravely lowering themselves down from a bridge and on to a highway, gripping the ropes as they made their way to the ground.

Others were seen crawling through the sewers underneath the university, and not everyone wore protective clothing as they scurried through the dark tunnels with flashlights.

Universities have became the latest battleground in the city's demonstrations, as protesters occupied several campuses, using gasoline bombs and bows and arrows to fend off riot police backed by armoured cars and water cannon.

Polytechnic is the last hold out.

One protester named Dan, 19, told Sky News: "We've been trapped here for too long. We need all Hong Kongers to know we need help.

"I don't know how much longer we can go on like this. We may need international help."

WHY ARE PEOPLE IN HONG KONG PROTESTING?

Since Britain withdrew from the territory in 1997, Hong Kong has been a semi-autonomous region in China operating under the principle of 'One Country, Two Systems'.

Hong Kong is part of China, but its citizens enjoy more political freedoms than do those living in mainland China.

Under the agreement that saw Hong Kong handed back to China, Beijing agreed to guarantee Hong Kong's political and economic systems for 50 years after the transfer, but many within Hong Kong have already become concerned about the influence exerted by Beijing within the territory.

The current round of protests first erupted in June over a proposed law that would have allowed extradition from Hong Kong to mainland China.

Both the Hong Kong and Chinese governments argued the law was a necessary security measure, but opponents feared that China could use it to target its political opponents within Hong Kong.

The law was eventually scrapped at the start of September, but by then the protests had broadened into a call for greater democratic freedoms and guarantees against Chinese influence.

It comes after the Chinese ambassador to the UK said the recent escalation of violence had "pushed Hong Kong into an extremely dangerous situation".

Liu Xiaoming warned the city faced an "unimaginable and dreadful" future if the unrest continued.

He also said foreign governments – including the US and UK – should stop interfering in the city's affairs.

A spokesman for Prime Minister Boris Johnson said the UK government remains "seriously concerned" about events in Hong Kong and urges for "calm and restraint".

Pro-democracy demonstrations are now in their fifth month in the city, and have seen dozens of protesters arrested and injured in violent clashes with police.

Protesters began in opposition to a now-abandoned law that would have allowed extradition from Hong Kong to mainland China, but are now calling for greater democratic reforms and guarantees against the increasing influence of Beijing in the city state.

China has repeatedly threatened to intervene if protests continue. 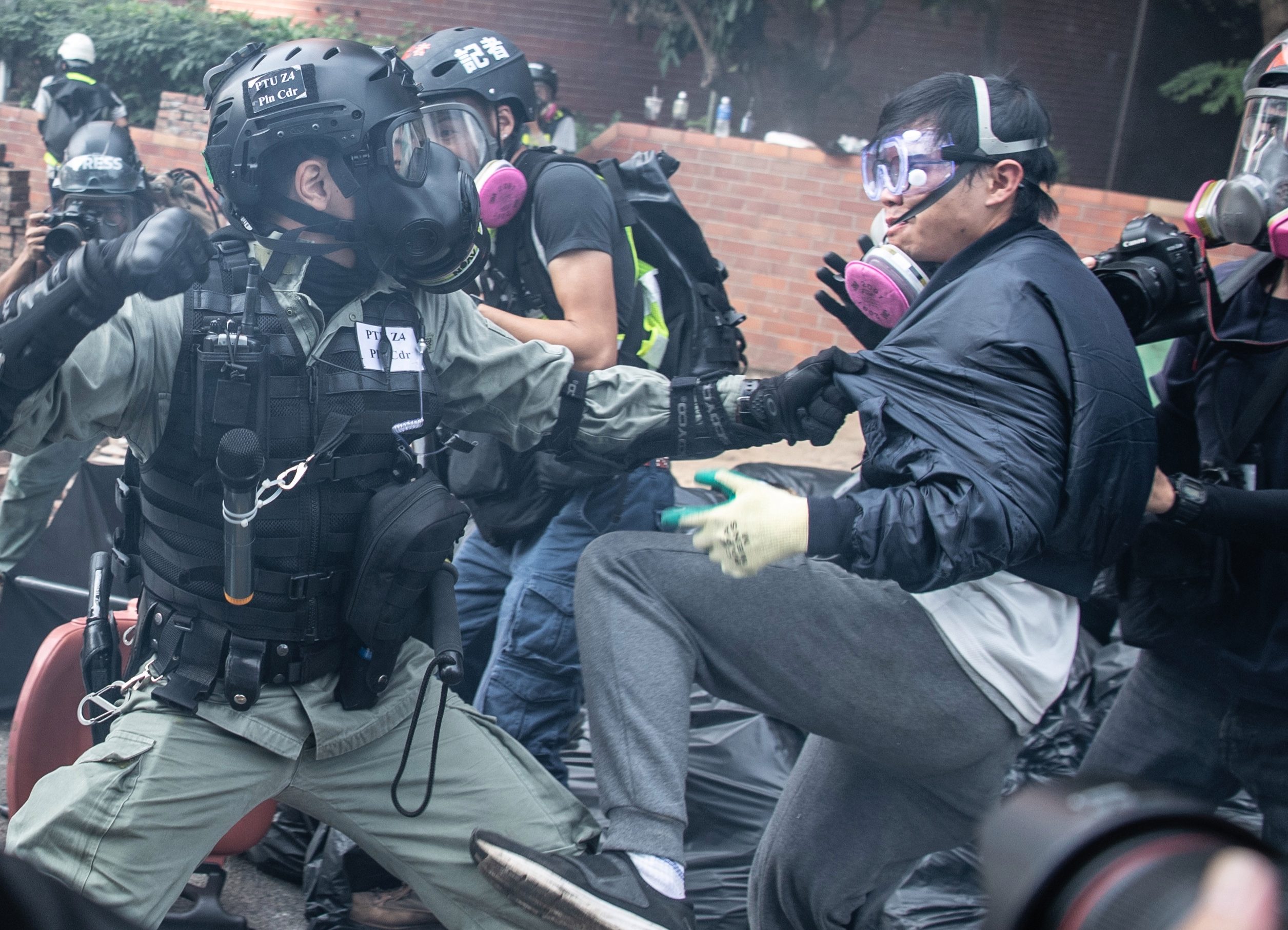