HONG KONG (Reuters) – Hong Kong leader Carrie Lam will discuss how to make it easier for people in the Chinese-ruled city, rocked by violent anti-China protests overnight, to live and work on the mainland, her office said on Sunday. 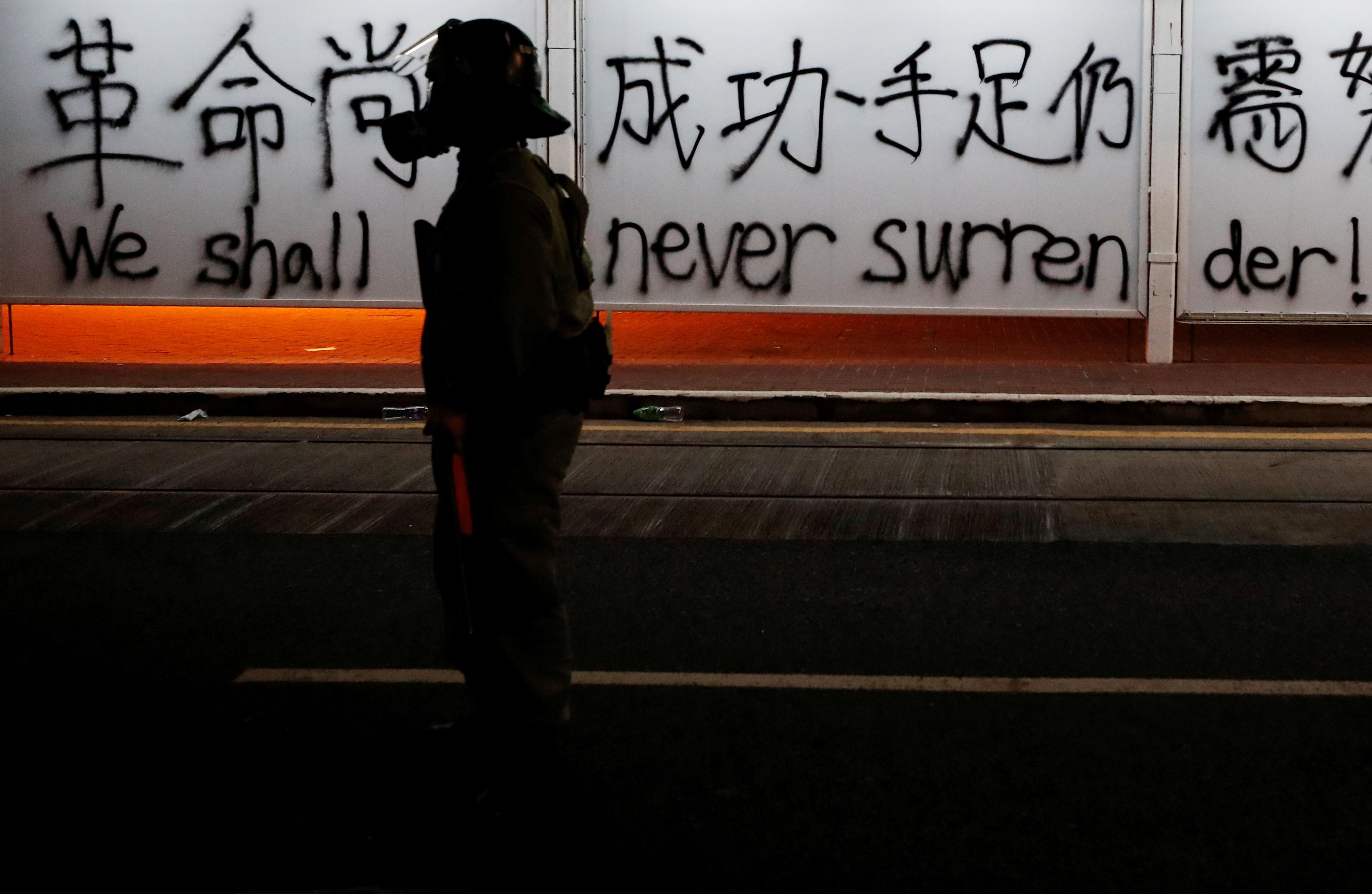 Lam, despised by pro-democracy protesters in the former British colony, will arrive in Beijing on Tuesday for a meeting the next day of the “leading group” for developing the Greater Bay Area of southern China.

The group has already met twice, “endorsing a number of measures to facilitate Hong Kong people to develop, work and reside in the mainland cities of the Greater Bay Area, as well as strengthen the convenient flow of people and goods”, her office said.

The idea was to attract “high-end talent” from Hong Kong with tax breaks and encourage “innovation and entrepreneurship” from young people in Hong Kong and Macau.

Lam has promoted the Greater Bay Area as a way to provide jobs for people in Hong Kong and ease social tension.

“…After everything has been settled (in Hong Kong), the country (China) will be there to help with maybe positive measures, especially in the Greater Bay Area,” Lam told businesspeople in Hong Kong in August.

The megalopolis of the Greater Bay Area is made up of nine mainland cities, including Guangzhou, Zhuhai and Shenzhen, and the two special administrative regions of Hong Kong and Macau, a former Portuguese-run enclave that returned to China in 1999.

An increasing number of Hong Kong people are already moving outside the densely populated financial hub – one of the world’s most expensive cities – to the mainland.

Anti-government protesters in Hong Kong, which returned to Chinese rule in 1997, turned parts of the main island into battlegrounds on Saturday, furious at Communist Party leaders in Beijing and perceived Chinese meddling with Hong Kong’s freedoms, a charge China denies.

They have trashed Hong Kong businesses seen as being pro-China and in July daubed China’s Liaison Office, the key symbol of Chinese sovereignty, with graffiti.

Cleaners swept up broken glass at the Hong Kong office of China’s official news agency Xinhua on Sunday, one of the buildings vandalised on the 22nd straight weekend of protests when activists hurled petrol bombs and set fire to metro stations.

Xinhua condemned the attack by what it said were “barbaric thugs” who broke doors and security systems and threw fire and paint bombs into the lobby.

“The practice of the black rioters once again shows that ‘stopping the violence and restoring order’ is Hong Kong’s most important and urgent task at present,” a spokesperson for Xinhua said in a Facebook post.

Police fired tear gas, rubber bullets and a water cannon at protesters during Saturday and early Sunday, as the violence spilled from Hong Kong island across the harbour to Kowloon. One of the protesters’ key demands is an independent probe into perceived police brutality.

Riot police were on standby in the Kowloon district of Mong Kok, a frequent venue for violent protests, on Sunday and were questioning youths in the New Territories town of Sha Tin. 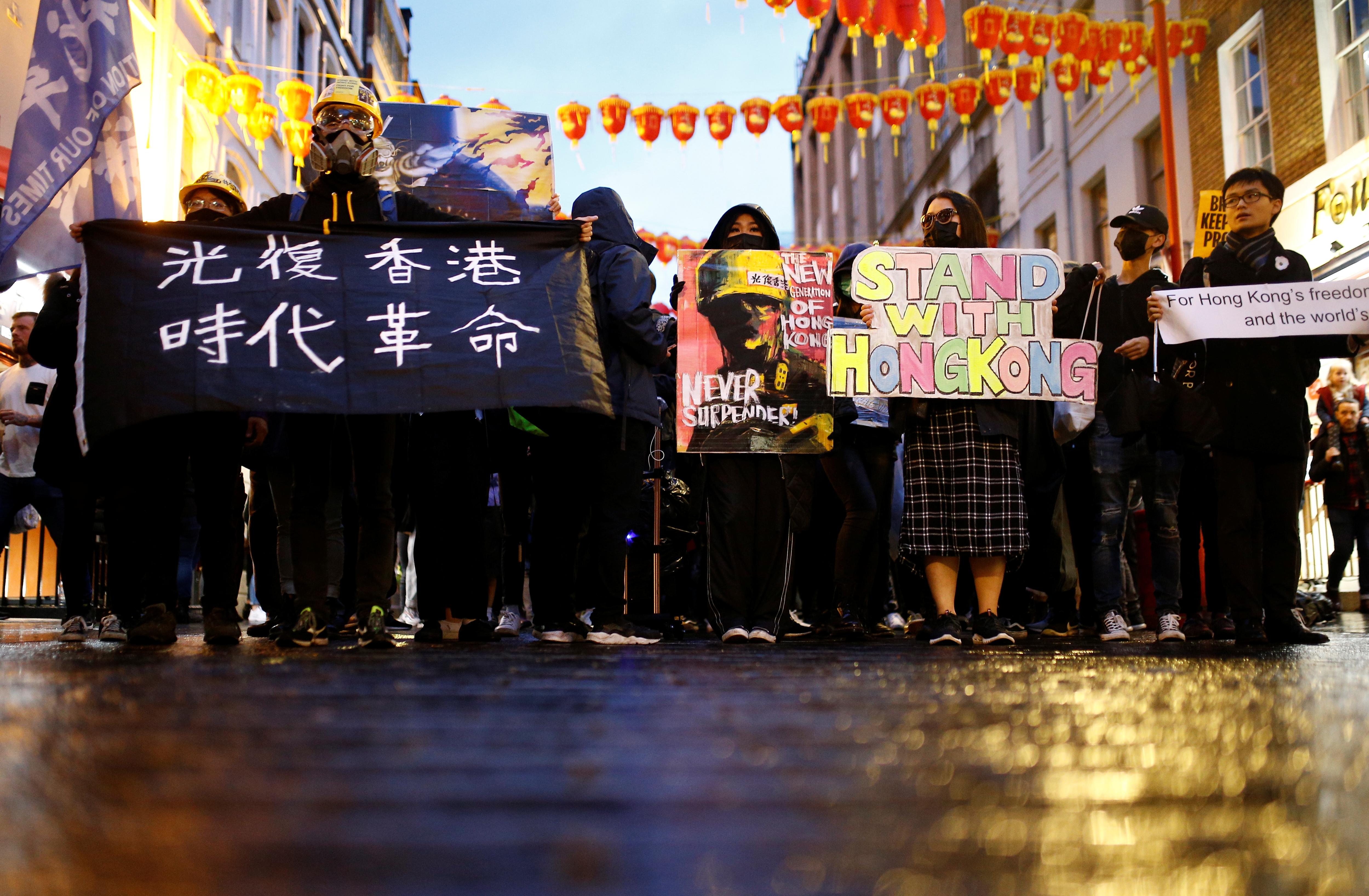 Hong Kong returned to China under a “one country, two systems” formula which guarantees its freedoms for 50 years. China’s People’s Liberation Army (PLA) has a garrison in Hong Kong but troops have remained in barracks since the protests began.

Protesters last month targeted a PLA barracks with lasers prompting troops to hoist a banner warning they could be arrested. Senior PLA officers have said violence will not be tolerated.