Charlotte and Dave Willner had seen the pictures of migrant children crying at the border. One in particular reminded them of their own two-year-old daughter.

The San Francisco couple had heard — as much of the United States and beyond had by now — that President Donald Trump's administration has begun jailing migrant parents caught crossing the border and sending their children to shelters. The President's chief of staff has called the new "zero-tolerance" policy a deterrent against illegal immigration.

But the Willners had also learned that a lump of cash might thwart the government's plans.

They can then, presumably, collect their children from government custody and live in the United States until their court hearings, which are often months away.

Or they could, if they had the money. 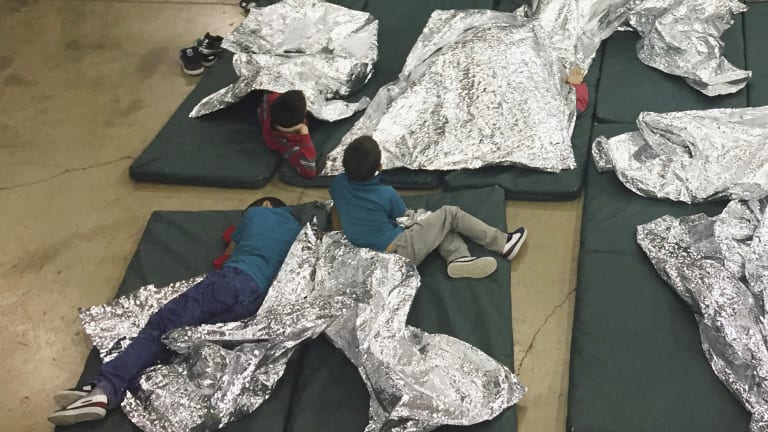 Teens who have been taken into custody on the US-Mexico border rest in one of the cages at a facility in McAllen, Texas.

Bonds for detained migrants typically range from hundreds to many thousands of dollars — amounts that might as well be in the billions for families that arrive here with next to nothing, and have whatever they brought with them confiscated by Border Patrol.

So the Willners created a Facebook fundraiser over the weekend to raise $US1500 – enough to free a single migrant parent with a relatively low bond.

"It was the closest thing we could do to hugging that kid," Dave Willner told the Mercury News.

Four days later, the Willners have raised more than $US8 million ($10.8 million) and climbing, overflowing all previous optimism.

"We can confirm this is one of the largest fundraisers we've ever seen on Facebook," Roya Winner, a spokeswoman for the social media giant, told The Washington Post.

The money has come from Americans disaffected with their government, immigrants who remember their own journeys, and sympathisers from Canada to Switzerland and beyond.

"That clear moral commonality is what will sustain us," Charlotte Willner wrote on Facebook on the first night of the campaign. "It transcends almost everything. It is an enduring sense of what America ought to be about." 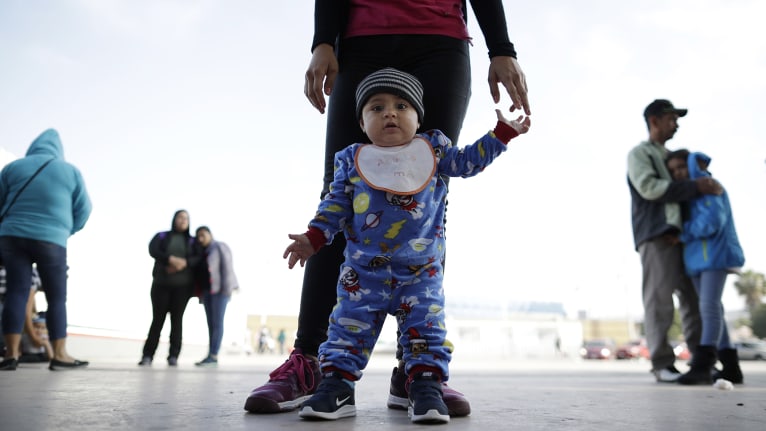 Nine-month-old Jesus Alberto Lopez with his mother, Perla Murillo, as they wait with other families in Tijuana, Mexico to request political asylum in the United States.

Or as Joanna Leah Kaylor of Mammoth Lakes, California, put it when she threw in her contribution: "Children are children and need our help."

In more ways than one, the surge has overwhelmed the Texas non-profit that will receive the money, the Refugee and Immigrant Center for Education and Legal Services (RAICES).

If donations keep up at pace — $US4000 ($5400) a minute at one point — the non-profit is likely to take in more cash than it raised in all of 2016, according to its public financial records.

It plans to use the money not only to bond parents out of immigration jails but also to provide lawyers to the parents and children as they fight in court to stay together and stay in the United States.

"We've been occasionally crying around the office all day when we check the fundraising totals," RAICES wrote on Facebook. "This is such a profound rejection of the cruel policies of this administration. Take heart."

It's also a profound change of fortune for a non-profit that just weeks earlier was at a bleak point in its three-decade history.

RAICES provides free or low-cost lawyers to immigrants and refugees in Texas, where nearly 1500 detained children are being held in a converted Walmart while their parents are imprisoned elsewhere.

Three weeks ago, as news of the child detentions was beginning to reach public consciousness, RAICES announced that "the Trump administration is ending funding for representing thousands of released unaccompanied children."

While the US Office of Refugee Resettlement did not immediately reply to a request for comment from The Washington Post, employees at non-profits besides RAICES confirmed that the agency ended a grant program last month that paid for some detained migrant children to have lawyers while in government custody. 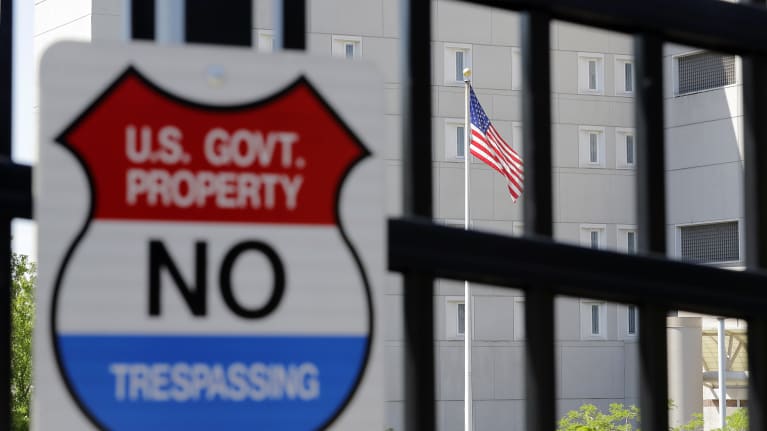 "We were going to be able to finish out our cases but not accept new cases," said Jenny Hixon, RAICES's development director. She said the lost money was estimated to blow a $US300,000 ($410,000) hole in the non-profit's budget next year, which would mean fewer lawyers for the families.

"For our attorneys, the worst thing in the world is not being able to take a case," Hixon said.

But that was before the viral fundraiser.

"This is our entire annual budget in several days," Hixon said. "And it's not just the funding. We're getting literally thousands of people contacting us, wanting to volunteer. Many are like, 'I'll come to Texas.' "

Though RAICES served 7000 family members in detention last year, Hixon said, the non-profit's administrative staff is threadbare. "We really only have attorneys, and then me," she said.

She is now racing to contact other non-profits so she can put the money to use when the fundraiser ends and Facebook releases the full amount in mid-July.

"We're ramping up our representation of the parents," Hixon said. "We're hiring more legal point-people who try to get the families back in communication with each other. We're launching a nationwide network of people to provide support to people after they are released from detention, because as you can see, this is traumatising."

The plan is to locate every separated migrant family in the United States, get them lawyers and, when possible, get them out of federal detention – parents and children alike.

RAICES is even setting up a network of therapists and psychologists, expecting – as paediatricians do – that many children will emerge from their detention with PTSD, toxic stress and other aftereffects of the separation.

It will be a long road, but now there's enough money to hope for an end.