The big wheel was spinning at the Sekaten Night Market in Yogyakarta, Indonesia, on Sunday evening when one of the carriages overturned. 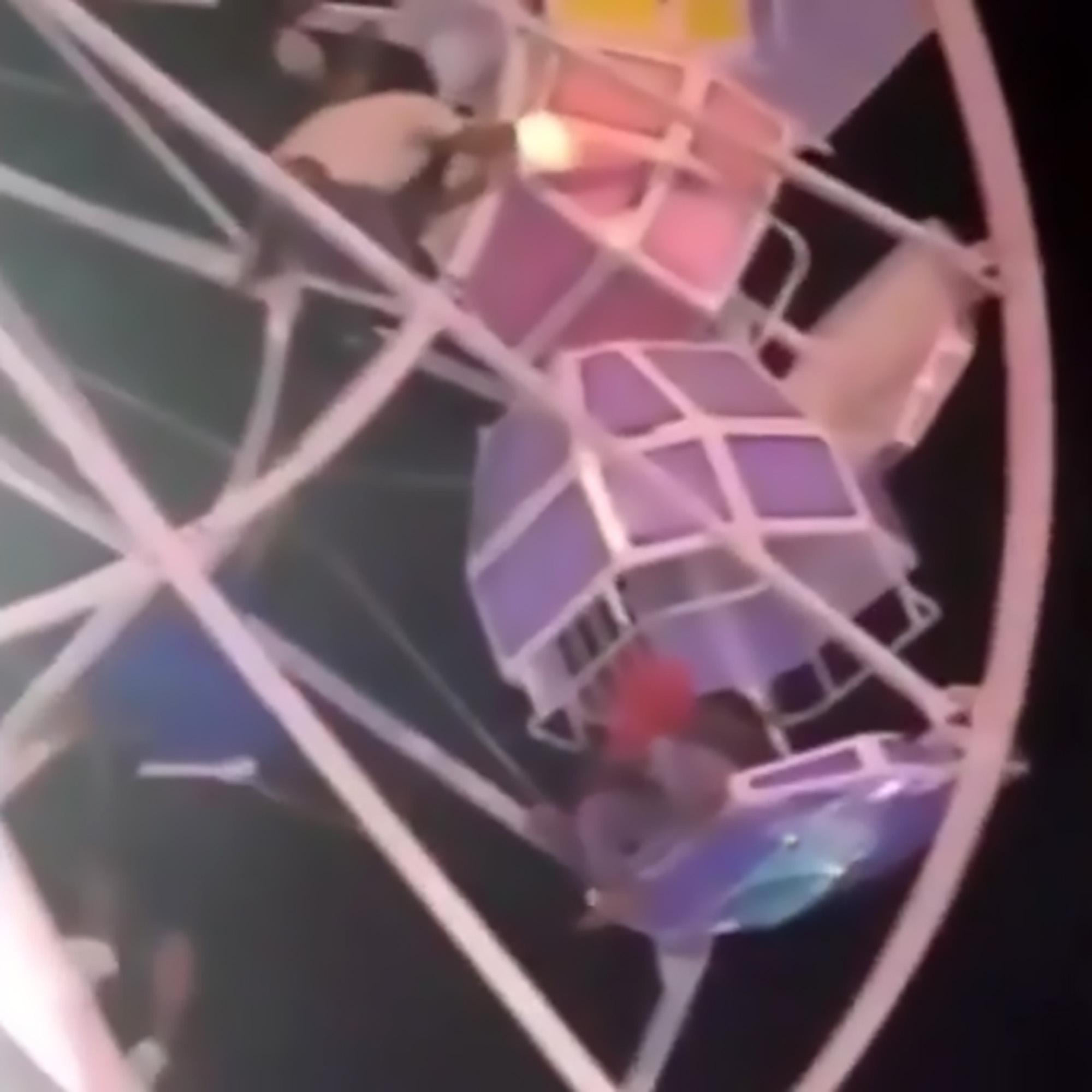 Frantic ride operators clambered across the moving wheel in a desperate big to reach the stricken families before the ferris wheel was eventually brought to a stop.

Footage from shocked bystanders shows one young lad holding a red balloon and his mother sitting on the upturned roof of the gondola as workers carry them down to safety. 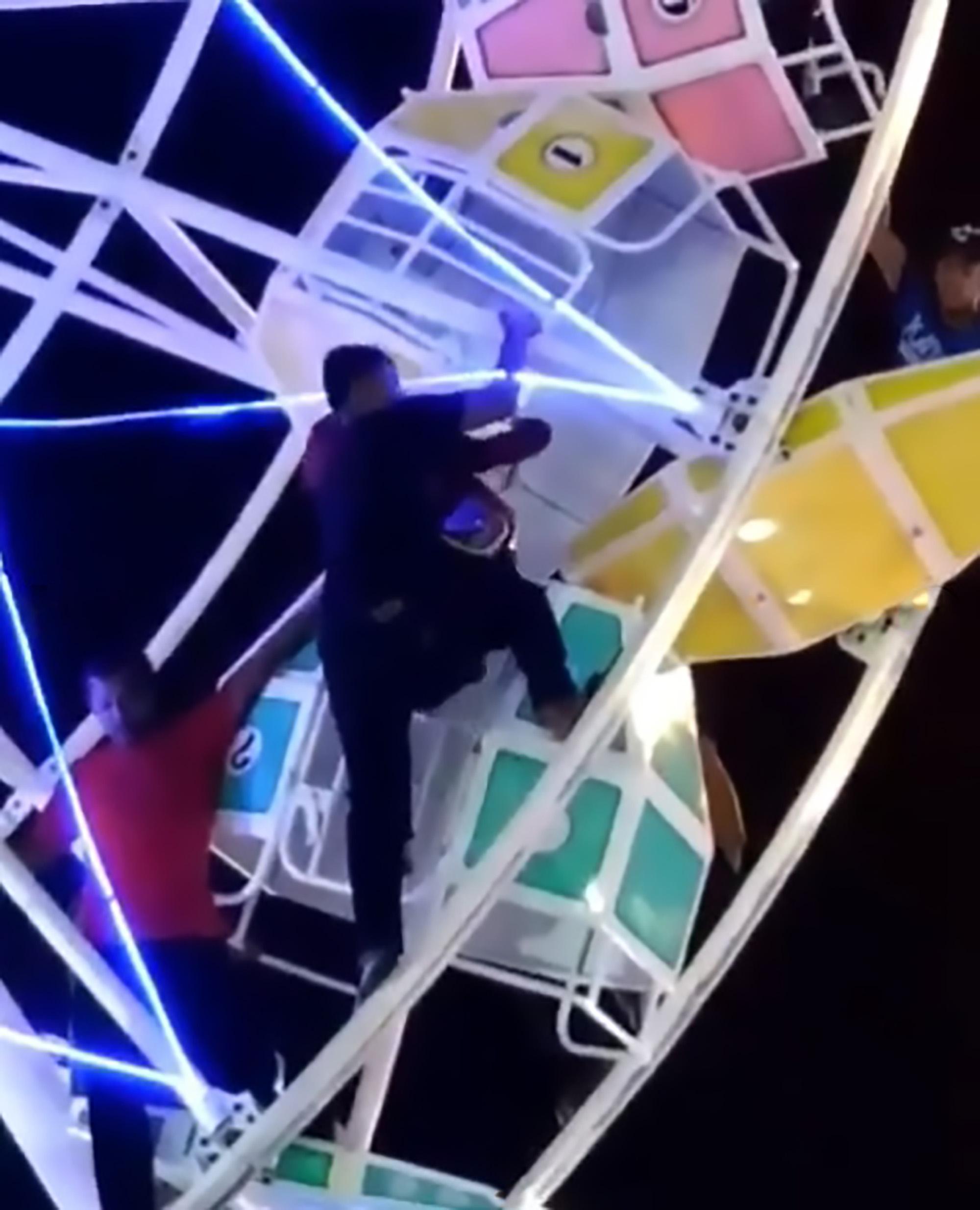 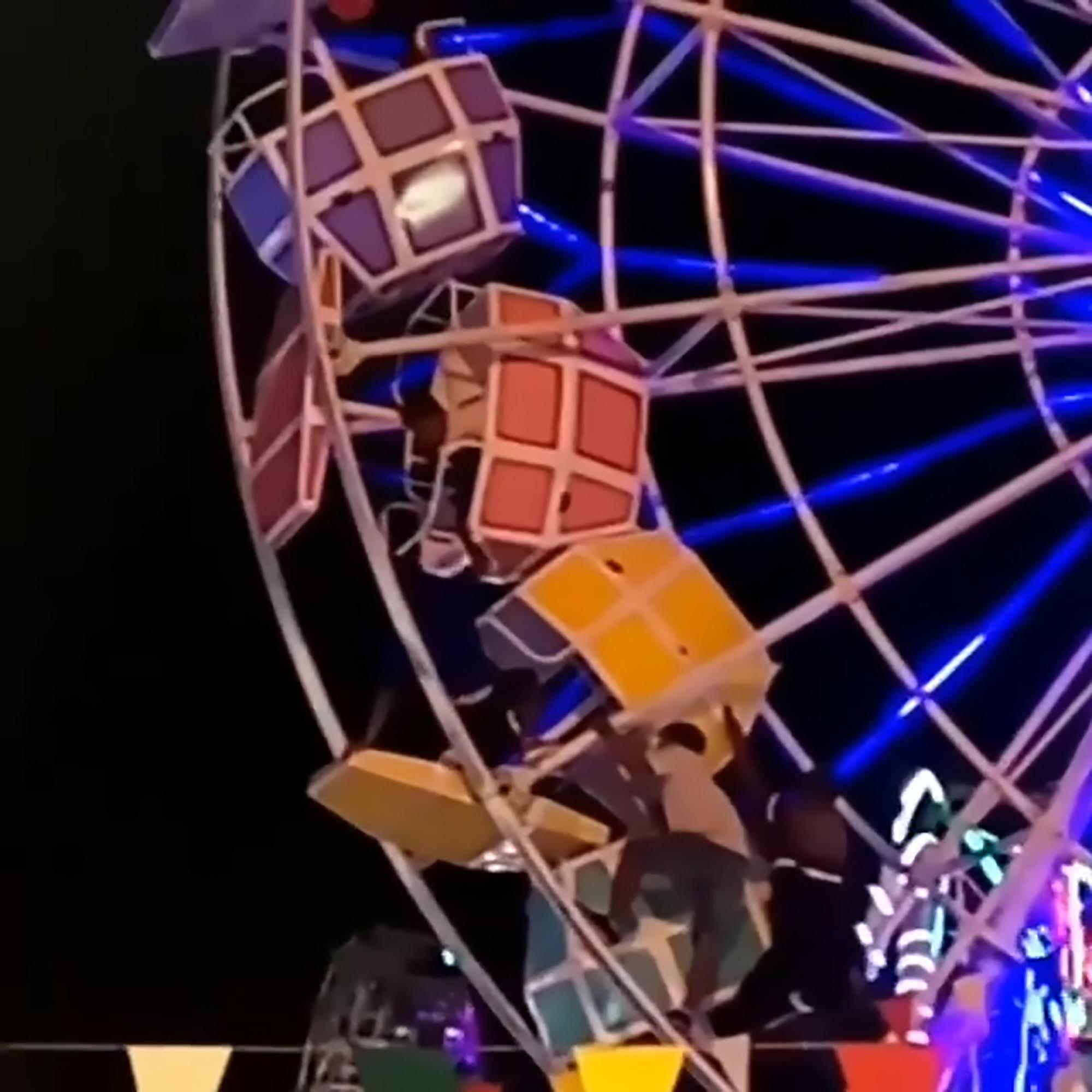 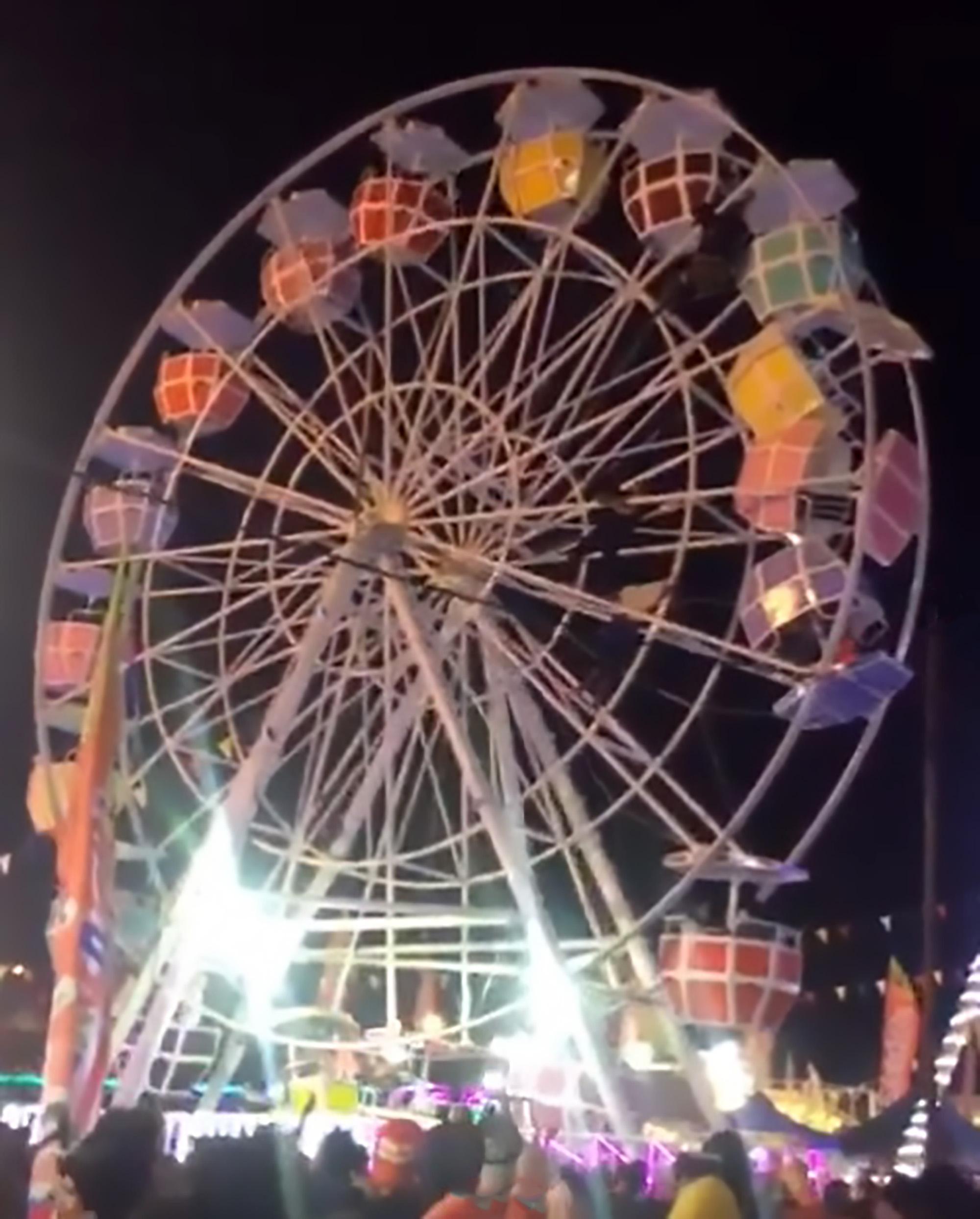 One visitor to the fairground said he heard screams then turned around to see the ferris wheel ''in reverse''.

The witness who shot the video, Nurdin, 36, told local media that everybody panicked after the ferris wheel went haywire.

''This reversal happened twice. First as in my video.

“Then, the frame of the ride moved in the opposite direction, it was almost close to the ground, the other carriage was reversed again.
“There was one family in the upside down carriage. The process of rescuing passengers took around 30 minutes. There are some people who helped.

''In the second carriage there was a child holding a balloon.They were sitting on the roof of the carriage.''

In September a five-year-old lad hung by his neck from a ferris wheel car some 130 feet in the air after being allowed to ride without an adult.

The boy is said to have tried to sit on the metal bars securing the open window of the Ferris wheel cabin when he slipped out.

Luckily he was caught by his neck and avoided plunging some 131 feet to his death.

A girl aged 10 was killed after she was thrown 50ft and landed on the ground while riding a faulty ferris wheel in India.