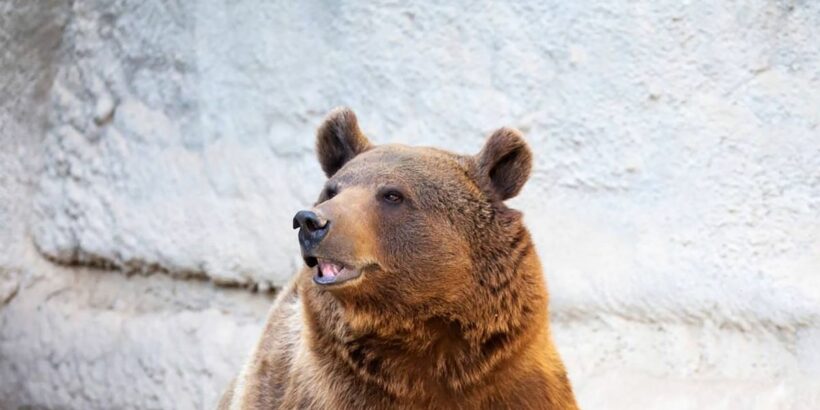 This shocking video shows the moment a mother dropped her three-year-old daughter into a brown bear’s enclosure at a zoo.

Frightening footage has emerged of the incident which visitors looking on in horror as the predator ran towards the child.

The bear – called Zuzu – went up close and sniffed the little girl, who landed in a trench inside the cage in Tashkent, Uzbekistan, witnesses said.

Thankfully, the beast then wandered away and was enticed into an internal part of the cage so staff could rescue the child.

Another sequence in the video shows six zoo staff entering the external part of the cage, with one picking up the girl in his arms.

The mother is seen moving to the left after holding her child over the railings at the viewing point, then dropping the helpless girl into the bear’s den.

She then appears to stay and watch. The mother was later detained and faces a criminal case for attempted murder, say reports in Tashkent.

A zoo spokeswoman said: “A young woman threw a little girl down into a brown bear’s enclosure, in front of all the visitors. It was completely unclear what her motive was. Both the visitors and the staff of the zoo were trying to stop her – but failed.”

She said: "We are scared to even think how this would end if the bear were to react at the toddler as its prey. Zuzu, a male Caucasian Brown Bear, was watching the woman, who threw the little one over a metal fence.

“She fell into a trench under the fence. Zuzu got slowly stood up, slowly got down the trench, walked towards the girl, sniffed her – and walked back.”

The mother – unnamed – has been detained and faces a minimum of 15 years in prison if convicted, say reports.

The girl suffered concussion, head cuts and bruises injuries from her fall “but not a single trace of wounds from the bear’s fangs or claws". She was also suffering “light shock”.