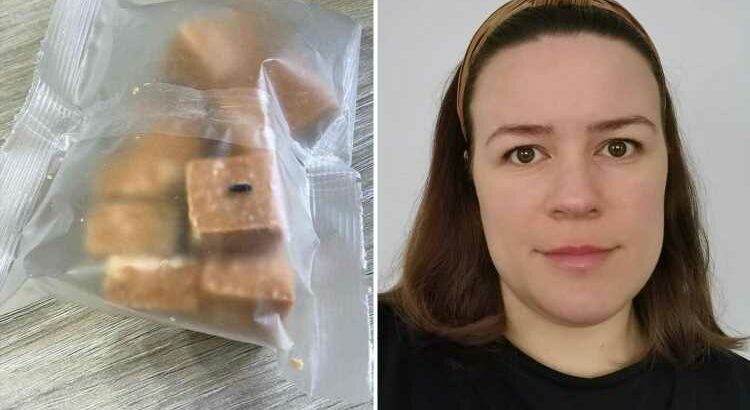 A FURIOUS shopper claims she found mouse poo and poison in a box of fudge from Poundland – after eating it.

Kayley Tee, 30, of Portsmouth, Hants, says she bought two boxes of clotted cream fudge from Poundland in Cosham on March 1. 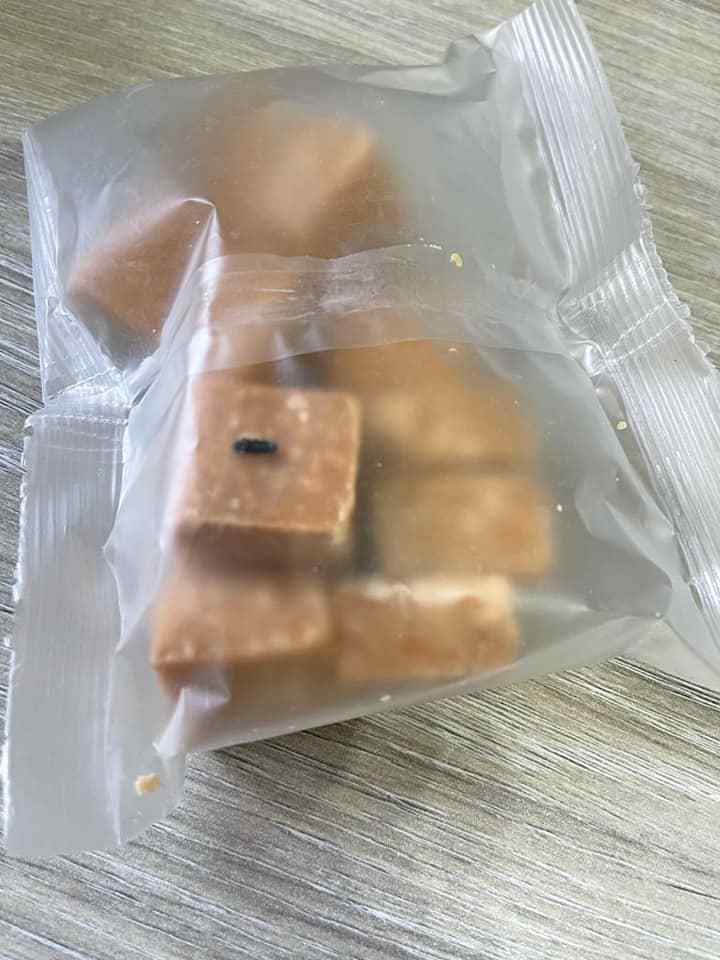 She shared shocking snaps of the mysterious substance, which Environmental Health later confirmed was mouse faeces and poison.

Although the packaging of one box was split, Kayley and her parents ate some of the fudge – before allegedly finding a “black nugget” at the bottom.

Kayley thought it resembled animal poo so quickly emptied the remaining contents into the sink to wash it away.

But to her shock, it turned blue.

Kayley said: “We realised it was something untoward and thought it was animal poison.

“But I know that is normally vibrant blue to begin with, so we decided to open another packet of the same fudge and noticed another black nugget – this time embedded into the fudge. 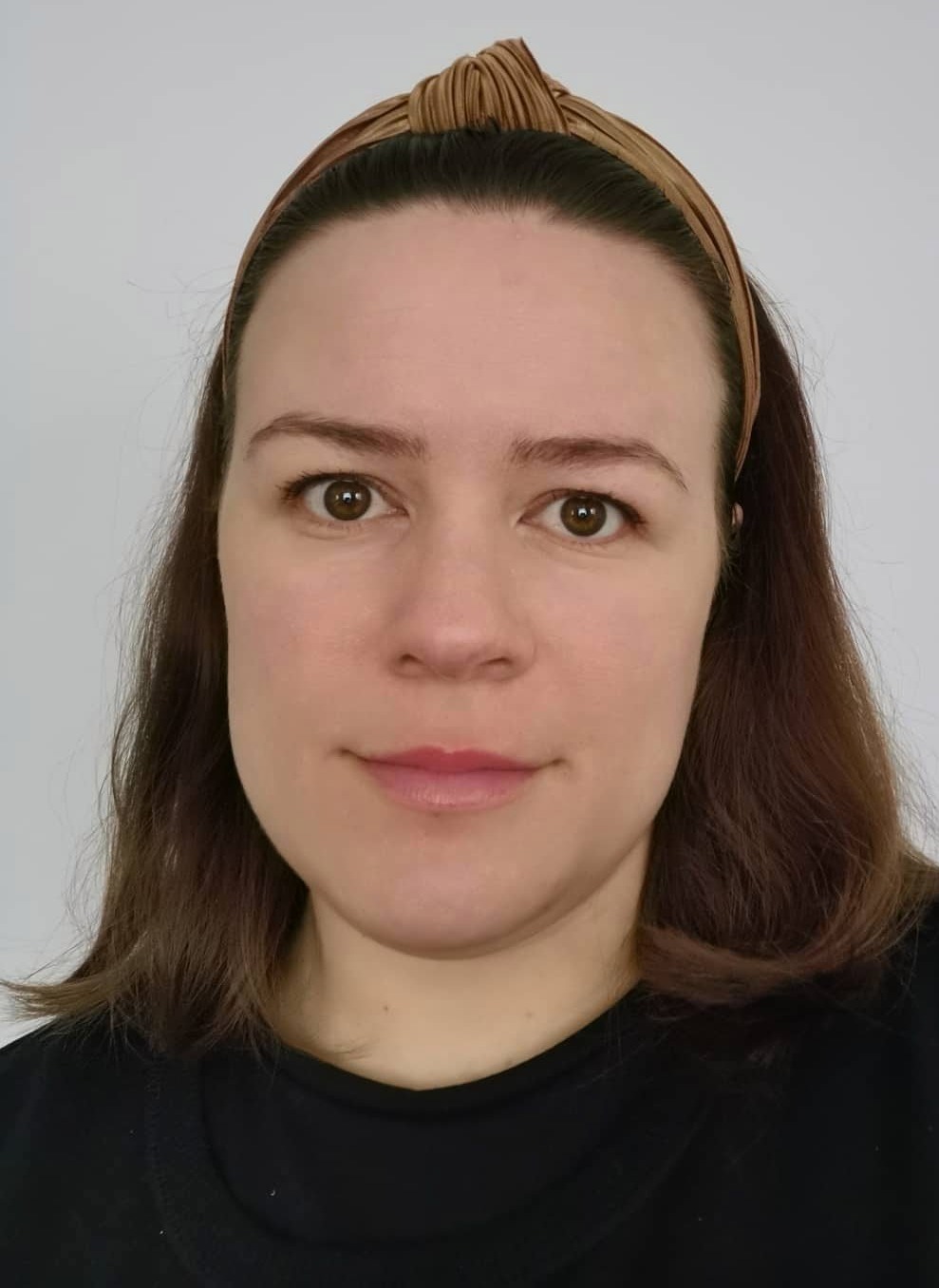 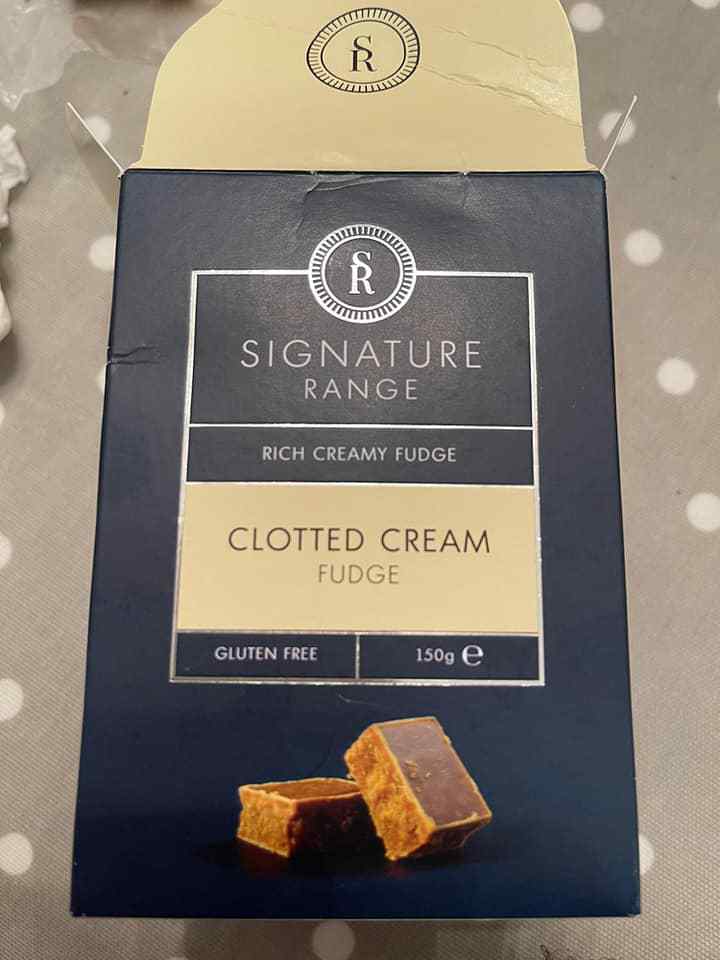 “I had only eaten a bit as I didn’t like the texture, but that was normal of fudge and there was no unusual taste.”

Kayley reported the incident to Poundland and also contacted her local Environmental Health.

She added: “Environmental Health notified us that the address stated on the fudge wasn’t actually where the product was produced, so they were in contact with other local authorities to liaise with the company where it is manufactured

“Poundland has notified the company and I believe the particular batch of fudge has been removed from the shelves.

“Poundland also advised that the fudge company would like to make contact with us but to date I haven’t received any communication – they have said they are investigating the incident."

Kayley claims she received a phone call from Environmental Health on March 5 confirming her worst fears – it was indeed mouse faeces with poison in it.

She added: “The mouse had eaten poison and before it took effect it left a little deposit where the fudge is made."

Kayley is currently waiting for an update on the investigation.

A Poundland spokesman said that the fudge is a branded item sold in many locations.

They added: “Our customer service team has been in active discussions with the customer and her family.

“When they reported it to us earlier this week, we immediately contacted the Original Fudge Company which makes the brand.

“While we now understand from trading standards’ investigation they believe this is an isolated incident at the supplier’s factory, it goes without saying we’re very sorry it happened and want to fully understand why.”