The Hercules C-130 appeared to "stall" mid-air before plummeting to the ground at 11.30am (3.30pm GMT), shortly after takeoff from Savannah International Airport. 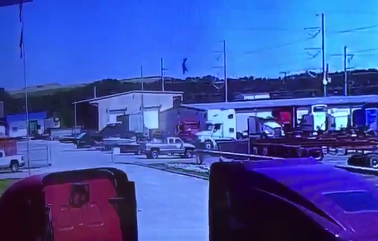 Surveillance footage from a nearby business off Highway 21 captured the horrifying scenes as the aircraft suddenly nosedived – narrowly avoiding cars and sending a huge fireball into the sky.

A crew of nine Puerto Ricans were on board the National Guard aircraft, which was more than 60 years old and had been sued to rescue US citizens stranded after both Hurricanes Irma and Maria.

Effingham County Sheriff's spokeswoman Gena Bilbo said: "It miraculously did not hit any cars, any homes. This is a very busy roadway."

Eight hours after the crash, she added: "To our knowledge there are no survivors." 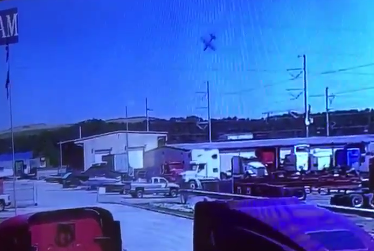 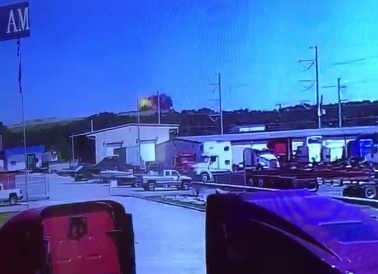 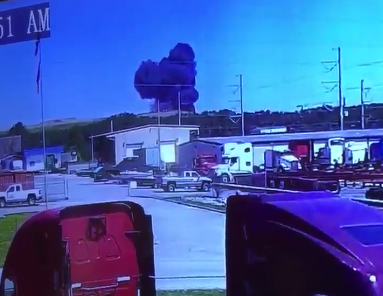 The huge plane's fuselage appeared to have struck the central reservation, and pieces of its 132ft wings were scattered across lanes in both directions.

The only part still intact was the tail section, according to the fire service.

Isabelo Rivera, Adjutant General of Puerto Rico's National Guard said: "The planes that we have in Puerto Rico – it's not news today that they are the oldest planes on inventory [of all National Guard planes nationwide]."

Puerto Rico's National Guard has five other similar planes, two of which need maintenance and aren't being used, he said. 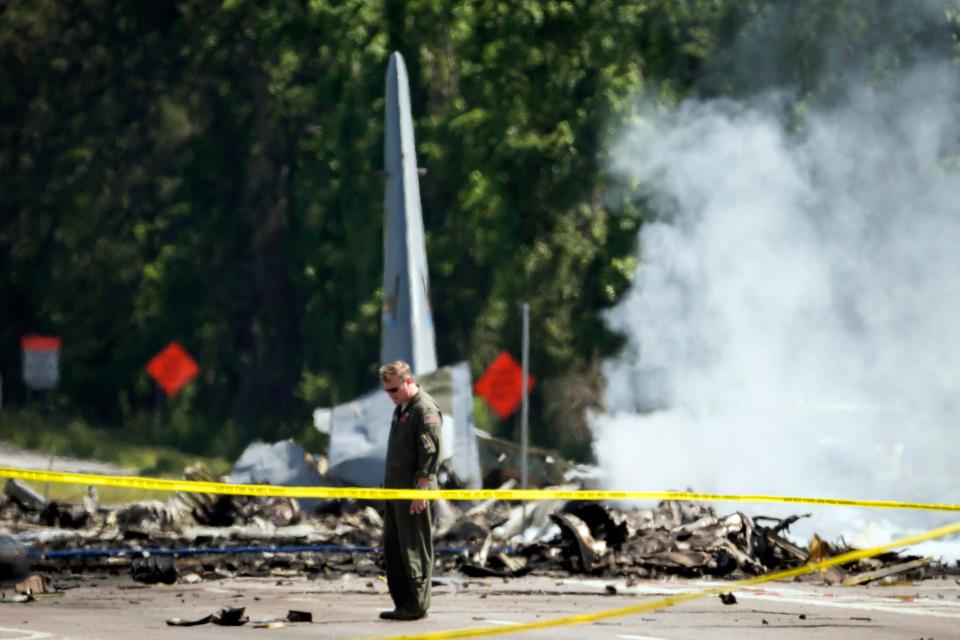 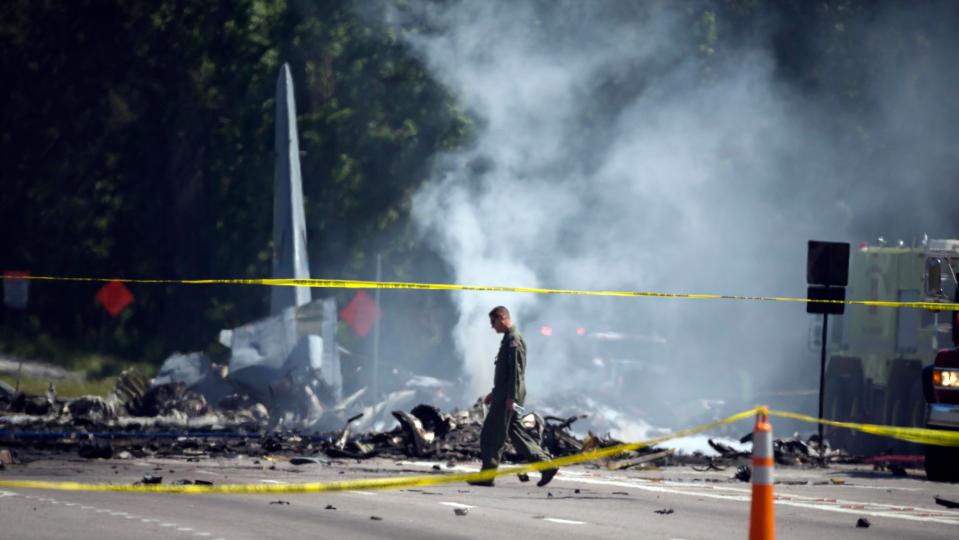 Mr Rivera added that it's too early to say what might have caused the tragedy.

The plane last received maintenance at the base in Savannah in April.

Mr Rivera said all nine crew members had helped with hurricane recovery efforts as part of the 198th Fighter Squadron, nicknamed the Bucaneros, which flies out of Base Muniz in the northern coastal city of Carolina.

The names aren't being released until all the families have been contacted, but "most of them already know and have come to the base," according to the National Guard. 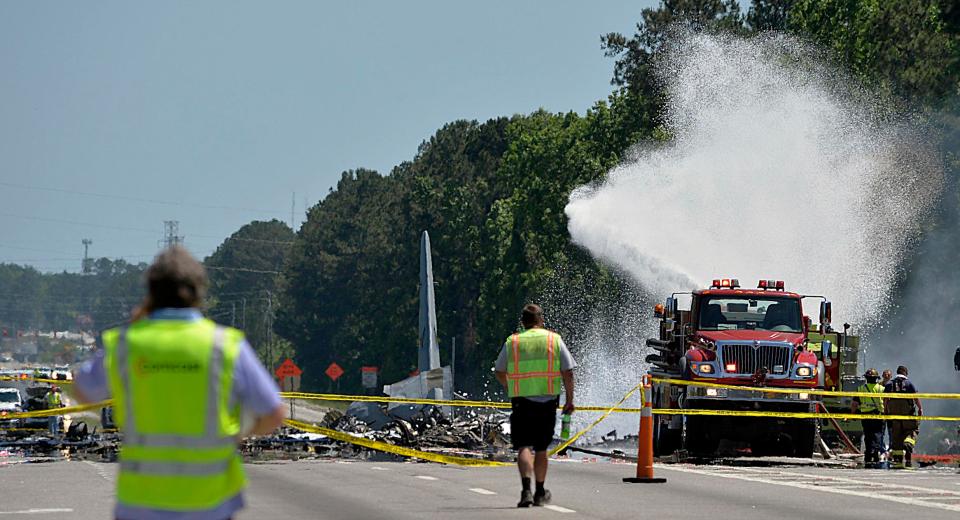 Motorist Mark Jones told the Savannah Morning News that he saw the plane hit the road right in front of him, about a mile from the airport.

He said: "It didn't look like it nosedived, but it almost looked like it stalled and just went almost flat right there in the middle of the highway."

Mr Jones said describing how people stopped and got out of their cars following the explosion.

He continued: "I'm still shook up and shaking. My stomach is in knots because I know they're people just like me.

"I wasn't that far from it and I could have just kept going and it would have been me and we wouldn't be talking right now."

The US territory's Gov. Ricardo Rossello expressed his sadness, tweeting that "our prayers are with the families of the Puerto Rican crew."

President Donald Trump tweeted that he had been briefed on the crash, and sent "thoughts and prayers for the victims, their families and the great men and women of the National Guard."