The deadly giant goes on the rampage after it spots crowds of local people gathered near a watering hole in Jharkhand, east India. 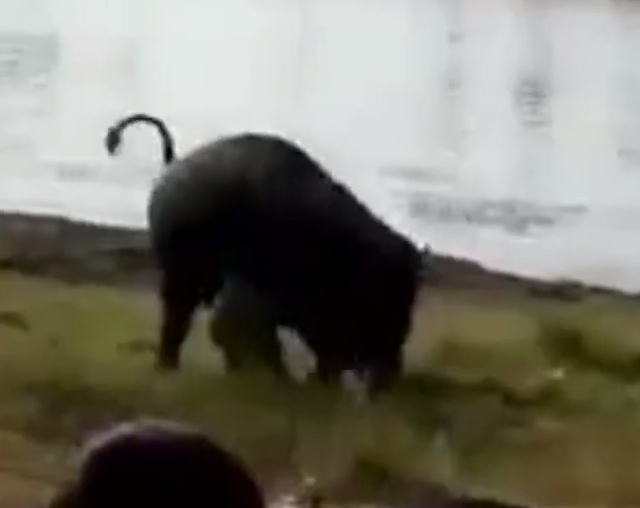 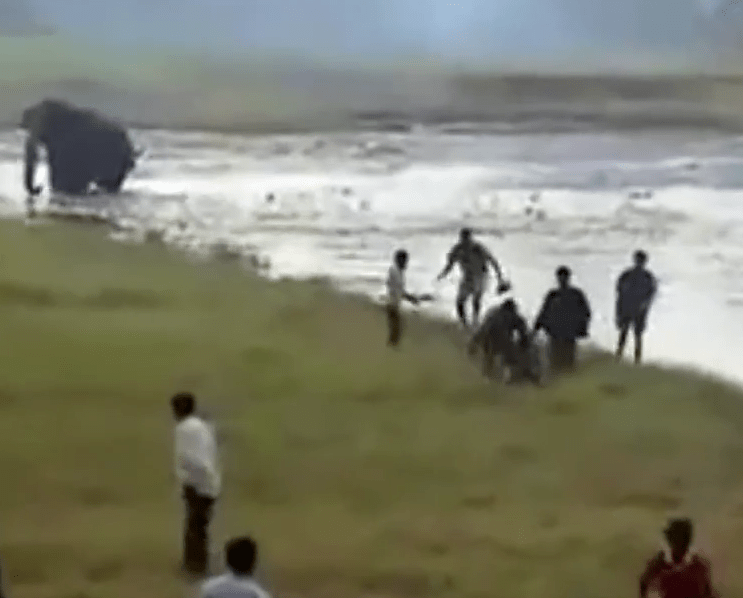 Several elephants had gathered around the river to drink in the waters and a man is seen casually swimming nearby.

Undeterred by the presence of the herd, the man carries on with his leisurely swim.

Suddenly, one of the elephants wades into the water and moves menacingly towards the man. 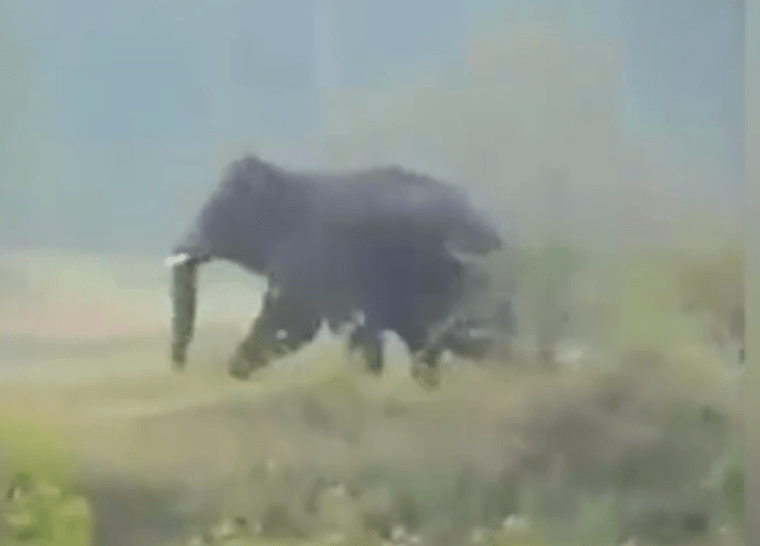 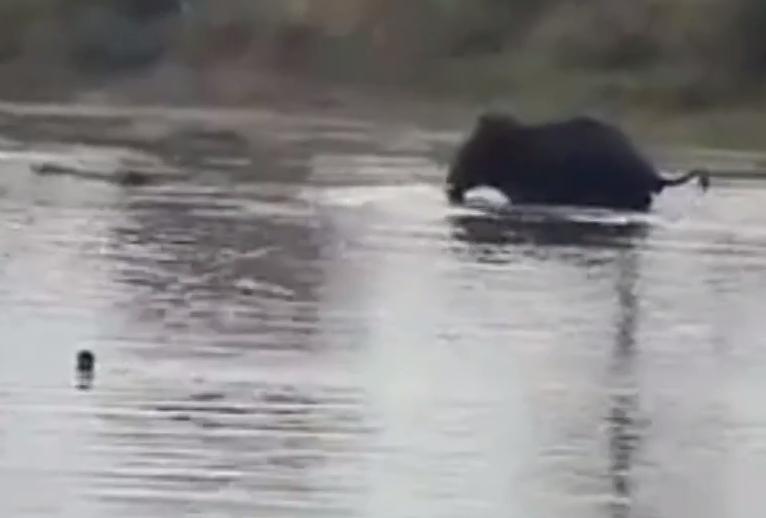 However, as he tries to get out of the water, the man twists his ankle and falls to the ground.

His friends try to carry him away but they are forced to dump him to save their own lives as the massive male elephant closes in.

In no time, it catches up with the man and brutally tramples him to death as his friends watch in horror from a distance.

His friends tried to shoo the animal away by hurling stones at him, but it carries on with its deadly attack.

Last month shocking footage emerged of a distressed elephant killing his trainer before goring several worshippers at an Indian festival.

The chilling clip emerged from Kerala, where an elephant ran amok, attacking its mahout (trainer) and causing mayhem at the religious event.