Horrifying moment rider is crushed by a horse after light on water’s surface spooks it and it falls on top of her, breaking her leg

This is the frightening moment a woman is crushed and suffers broken bones after a horse she was riding gets spooked while wading through water and throws her off.

Kelly Sword, 21, was riding her grandmother’s horse Izzy when the 1,100lb animal ‘flipped out’, pushing its rider beneath the water of a shallow pond.

Miss Sword, a college student from Groveland, Florida, said she feared for her life when her foot became trapped in the stirrup, and she found herself beneath the belly of the adult horse. 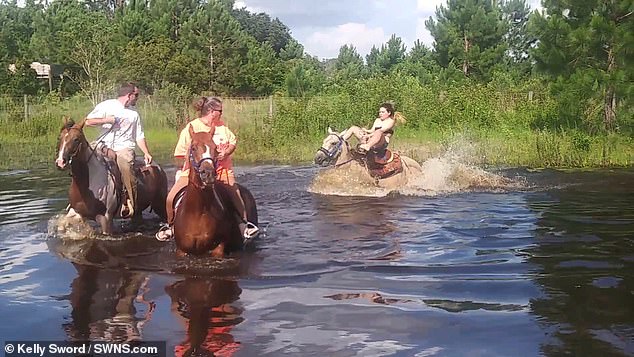 Kelly Sword, 21, is riding her horse when it is spooked by light reflection in the water 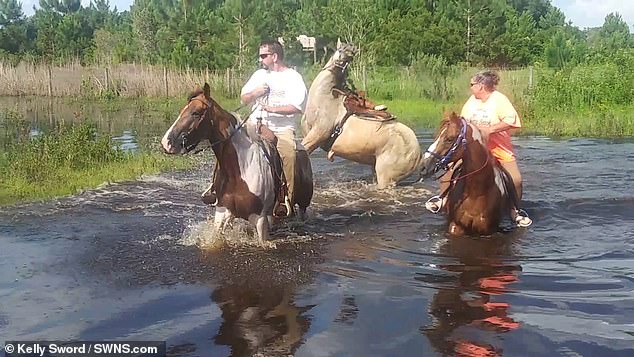 Miss Sword said she believes her horse was ‘spooked’ by a light below the water’s surface.

Miss Sword, a business and accounting student, said: ‘She was really chill and then just started flipping out.

‘It all happened so fast and my foot was trapped in the stirrup. I remember hitting the water and thinking, ‘This horse is going to fall on me.’

‘I don’t know how I survived because I was under the water, under her belly.. I was under for less than a minute.’ 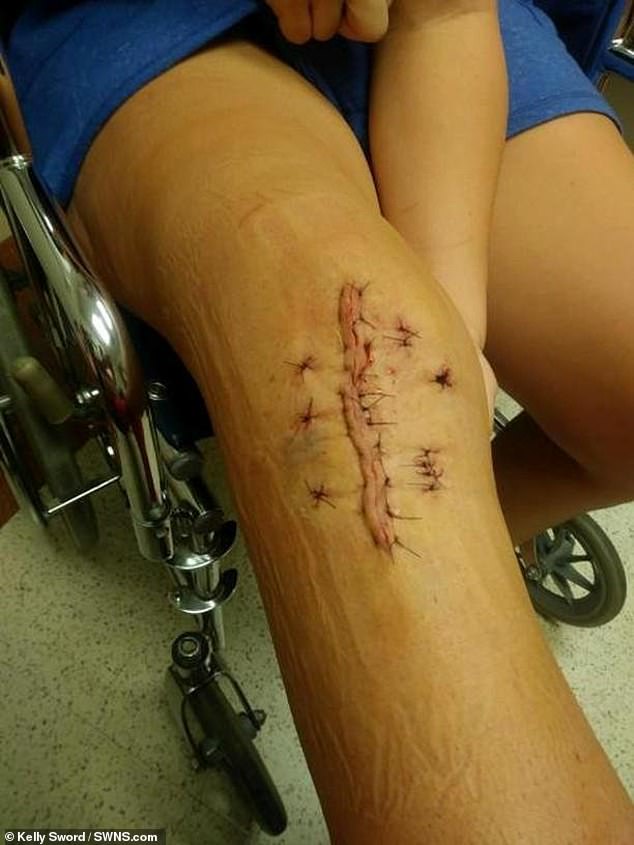 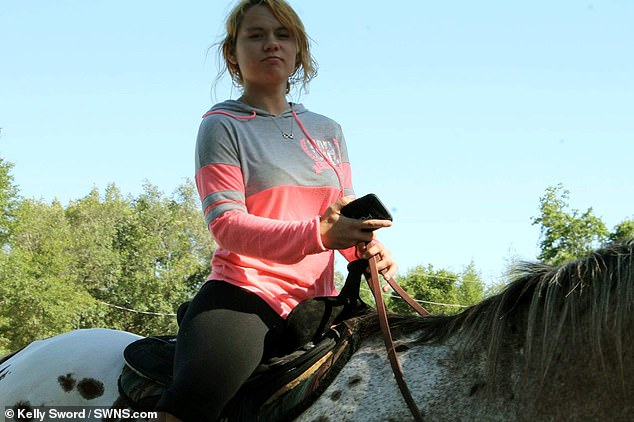 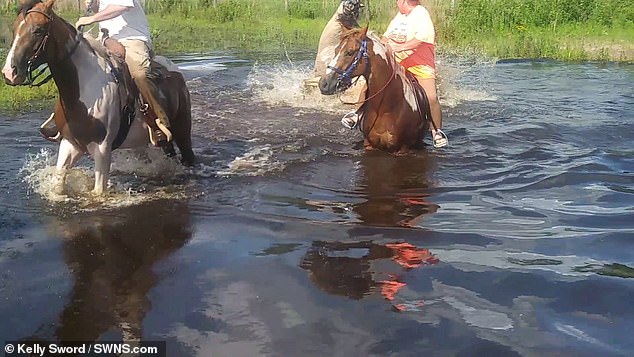 Miss Sword was rushed to hospital following the accident after she she tore a ligament in her knee and fractured her leg, which required surgery.

The student said she feels lucky to have survived but will never be able to walk the same again.

She said: ‘I didn’t feel pain in that moment, but afterwards I was in extraordinary pain,’ she said.

‘I tore my ACL and I broke my tibia. Doctors aren’t sure I’ll ever have full mobility in my leg again but I’m taking small steps.

‘I’m exercising on the treadmill and trying to do my physical therapy at home.’

The frightening footage was captured by Miss Sword’s brother Cody Schuler, 22, who was filming Miss Sword, her mother Sonya Sword, 44, and stepdad Nathan Jenkins, 36, on the ride in a pond on property owned by her grandmother Diane Mills, 65, in Groveland.

Miss Sword said watching the clip takes her back to the frightening moment during which she believed it was ‘all over’.

‘When I watch that video it brings me right back to that scary moment when I thought I was going to die. I thought it was the end.’ 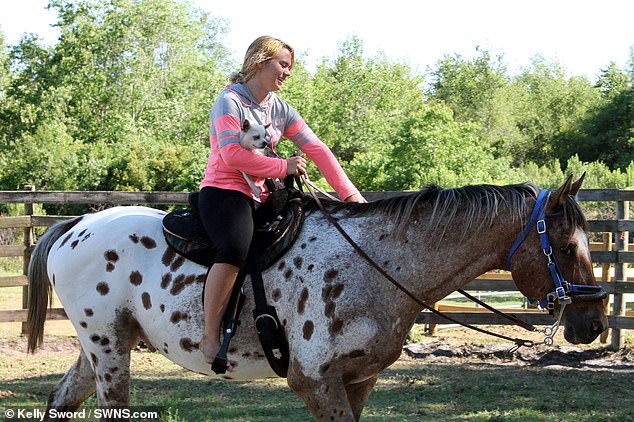