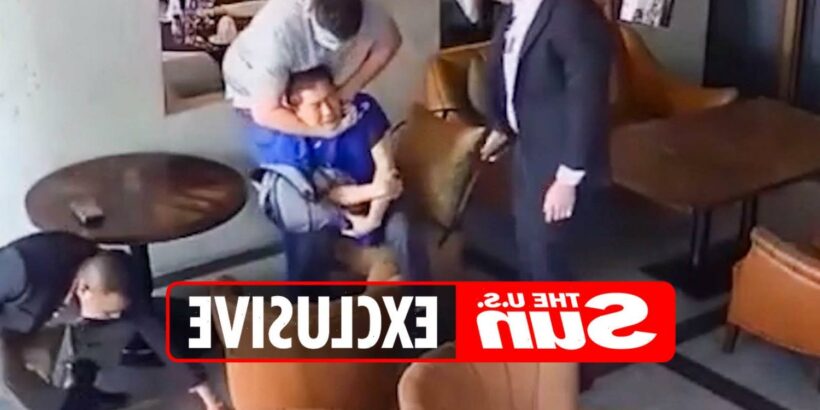 AN EX-Marine and US businessmen say they were framed for attempted murder and abduction in Thailand, extorted and threatened to be killed during their dogged pursuit to bring down a multi-million, international PPE scam.

Entrepreneur Louis Ziskin's company was one of many to allegedly be bilked out of hundreds of thousands to millions of dollars by Thailand-based companies Paddy the Room Trading Company and SkyMed, among others. 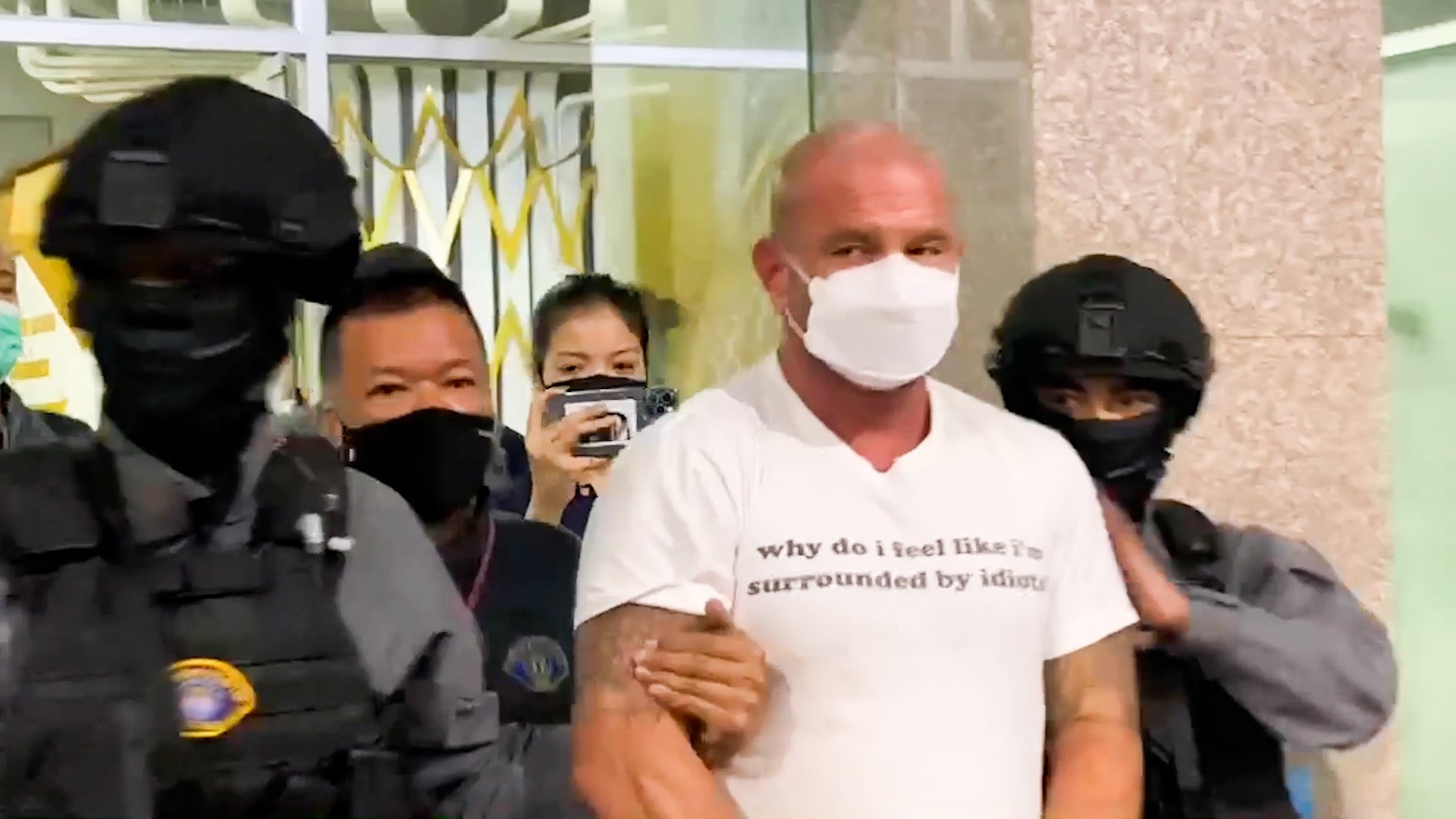 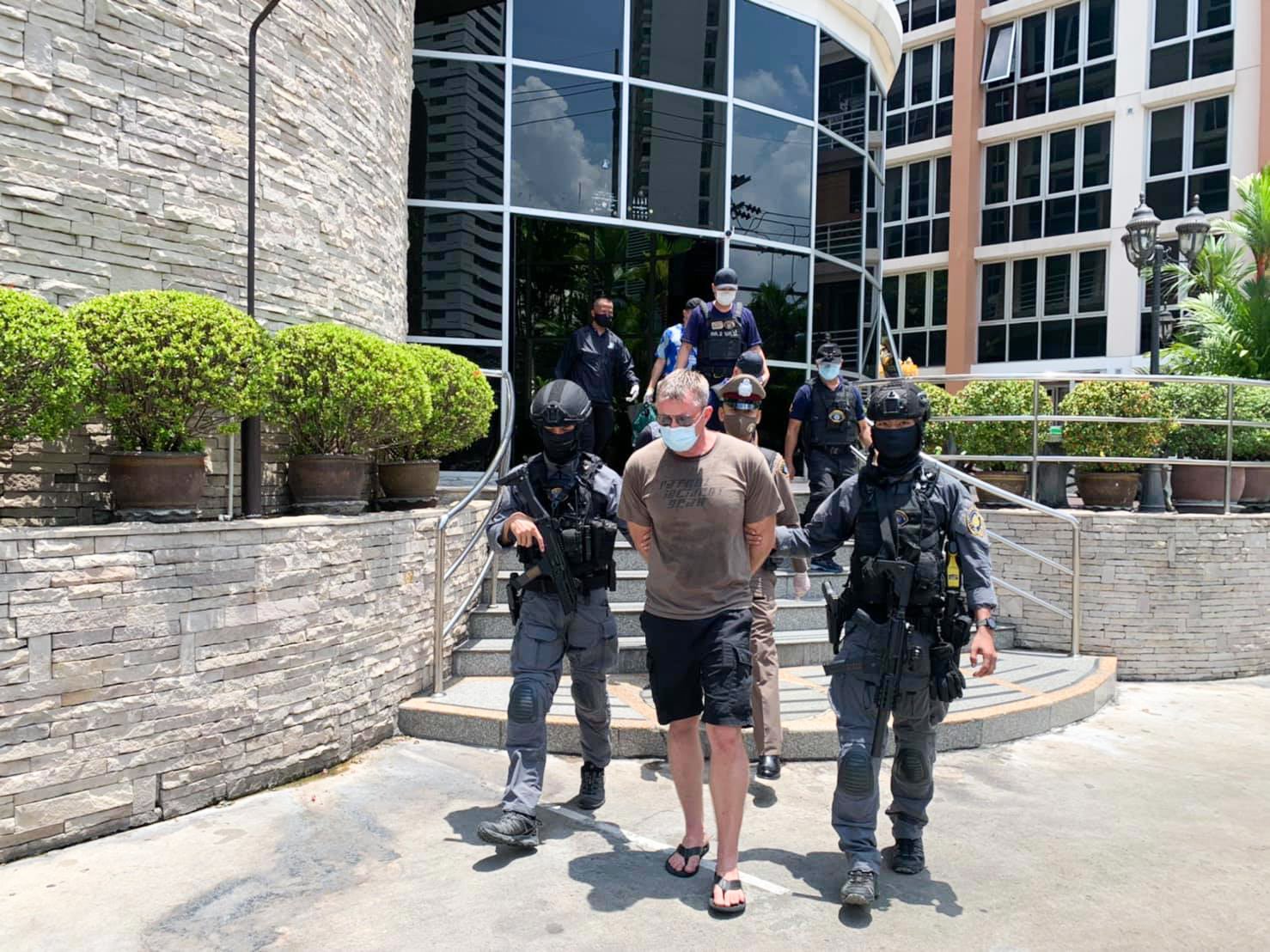 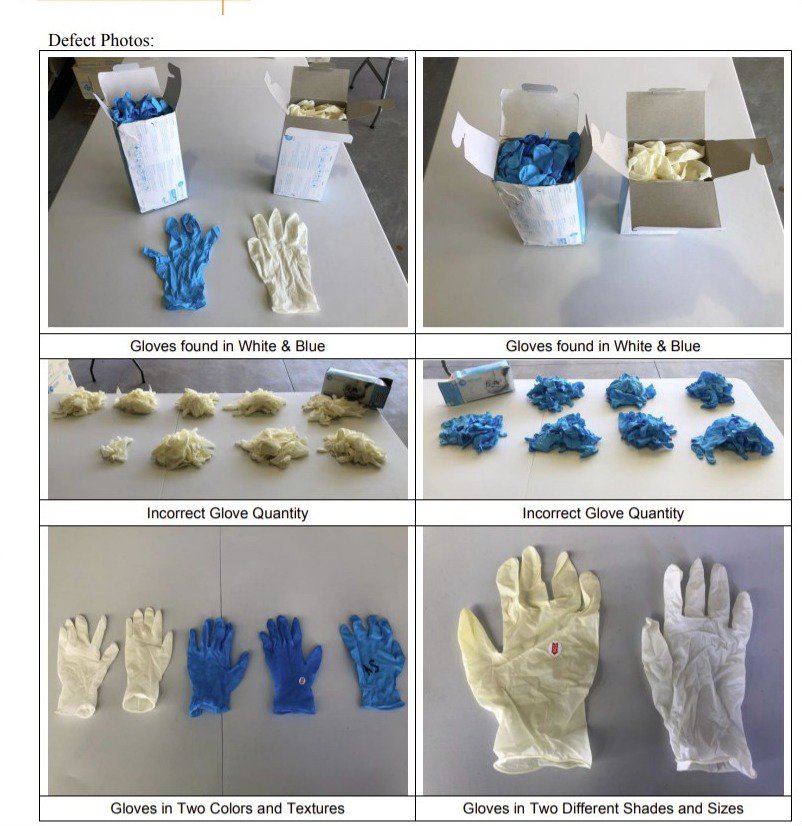 Mr Ziskin bought $2.7 million worth of nitrile gloves during the pandemic but received reused, soiled, blood-stained and dyed gloves that were clumped together in tens of thousands of boxes.

He, Jeremy Manchester, Mike Greenberg and another person, whose name is withheld to protect the source from retaliation, travelled to Thailand at different times in February and March.

They filed reports with multiple law enforcement agencies in the country.

Then they met with a representative from a company associated with Paddy the Room to get their money back.

By mid-May, the situation spiralled out of control.

They were allegedly framed for abducting one of the company's representatives to hold him for ransom and were accused of beating him.

There's been no evidence this took place, and prosecutors rejected the case, Thai officials said during a press conference on Wednesday.

In mid-May, they met with a representative that claimed to use Paddy the Room as its exclusive distributor.

"He acted like he's this legitimate businessman. He's a fraudster. Yeah, there was a scuffle, but it started after he spit on Jeremy," Mr. Ziskin told the US Sun.

Mr Manchester said the man pulled him close and said, "F*** you and f*** America," and then spit in his face.

He said his knee jerk reaction was to grab Wen. The other men broke up the fight, and Greenberg said everyone has to go to the police station to file reports.

Instead, a video claiming the Americans abducted the man, tried to kill him and demanded ransom surfaced.

The Thai media portrayed the US men as loose-cannon, ex-US military out for revenge, which was then picked up by American news outlets.

Only Mr Manchester was ever in the military. He served as a US Marine. 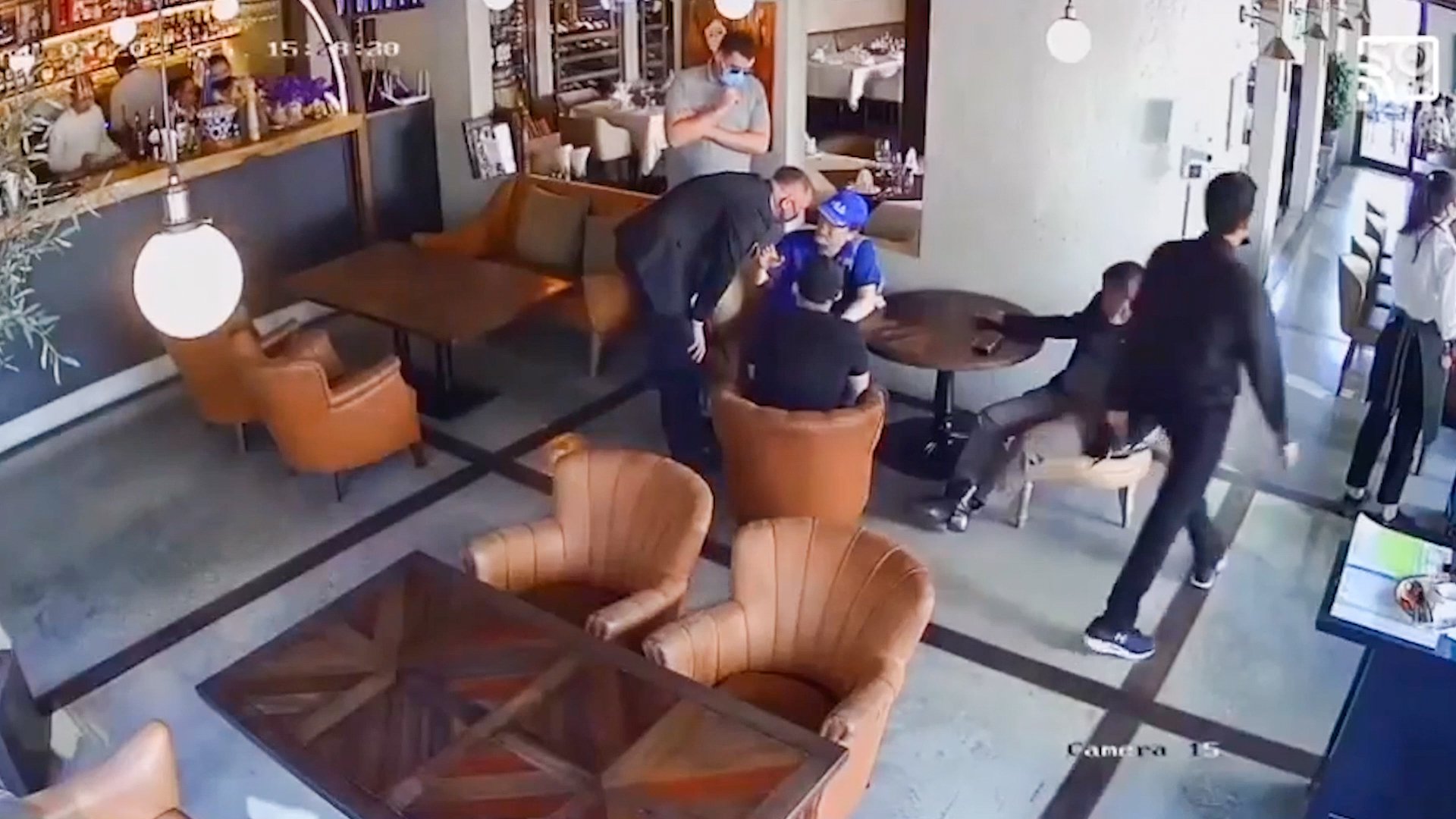 'CASE WAS BUILT FOR EXTORTION'

The jail cells where Mr Ziskin and Mr Manchester were held in cells that was "just a dirty floor with a hole in the center and you wipe your a** with your hand," they told the US Sun in exclusive interviews.

Mr Manchester said it was hot and mosquito-ridden with a fan rotating fan in the center of a t-shaped jail with separate cells.

"There was one fan that rotates every 30 seconds, so you get like five seconds of relief," Mr Ziskin said.

While Mr Manchester and Mr Ziskin sat in their cells, they said they were told to pay $450,000 to make the charges " disappear," Ziskin told the US Sun.

This was the second time someone tried to extort them.

Mr Greenberg said less than a week before they were arrested, purported representatives from Paddy the Room demanded $200,000 or "warrants will be issued for their arrest."

"I told him to go f*** himself. I would rather die in this prison than give you 20 cents," Mr Ziskin told the US Sun.

"They never had any evidence because we didn't do anything. The case was built for extortion, not court. Court requires evidence, and they had nothing."

Mr Ziskin and Mr Manchester spent 48 hours in jail before they made bail.

The judge let allowed them to return to their homes in the United States because there wasn't enough evidence, Mr Ziskin said.

"Quite honestly, I could have gotten out of Thailand. I wasn't on a no fly list or anything," he said. "But I wasn't going to run away from it because it's bigger than me and my company's money."

'I RAN THROUGH THE JUNGLE TO ESCAPE'

He's been living in Thailand for about 10 years at that point, he said, and as a local, he and his family were the easiest targets.

"They knew I was the key so they wanted to crack me down," he said.

"I was sent pictures of his mother, grandmother and ex-girlfriends and told to pay the extortion money 'or bad things will happen,'" Mr Greenberg said.

He shared US Sun message exchanges over WhatsApp with the US Sun where he was called a "dirty Jew," among other racist and threatening messages.

Some messages included violence and rape threats against his mom, grandma and ex-girlfriends as well as direct threats on his life.

One message read, "Thai policeman always careless, always dropped the gun on the floor and the gun fire by accident."

"They scared me so much with all these threats and saying I will never make it out alive, so I had to freaking hide. I had to watch this s**t from another place," Mr Greenberg said.

In order to escape, he ran through the jungles into Myanmar.

EVIDENCE THAT SET THEM FREE

What the supposedly "abducted" man didn't know was he was photographed in a bar within a couple hours of the alleged abduction.

The photo show him laughing and drinking without a scratch on him.

"The judge took one look at the photo and said police didn't even have the right to question us and let us go home," Mr Ziskin said.

"They said they'll keep investigating. I said, 'Go ahead. Do that. You won't find anything because we didn't do anything,'" he told the US Sun.

On Wednesday, Thai law enforcement said during a press conference that there wasn't enough evidence to charge any of the Americans.

During the same press conference, Thai law enforcement announced that they arrested Kampeeryannon, who was a former senior official in the Thai military, in connection with the allegedly fraudulent sale of PPE.

Both the indictement and arrests came within a week of CNN's months-long investigation into the alleged international scam. 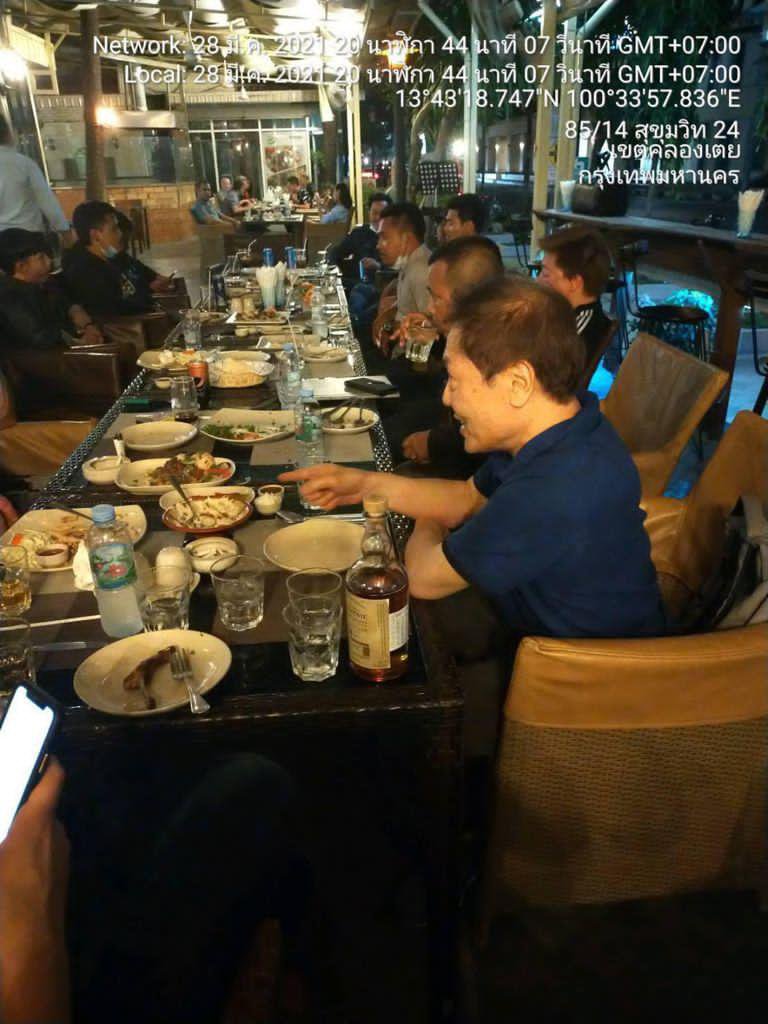 NO RESPONSE FROM THE SUSPECTS

Paddy the Room and SkyMed officials didn't return calls and emails for comment.

Last Friday – after Paddy the Room's indictement was announced – SkyMed issued a statement on its website distancing itself from Paddy the Room.

"Sufficency Economy City Co., LTD Product owner under SkyMed brand would like to inform you that the company is not related to Paddy the Room Co., Ltd. as news in various media."

The the sale of counterfeit and substandard PPE equipment became a booming business during the height of the pandemic, as outlined in CNN's report.

U.S. Immigration and Customs Enforcement (ICE) said in an email to the US Sun that it doesn't comment on specific investigations but has been heavily involved in cracking down on PPE scams.

“In conjunction with U.S. Customs and Border Protection, the Food and Drug Administration, and many other partners, the HSI-led Operation Stolen Promise has worked diligently to keep counterfeit and substandard goods out of the medical and consumer supply chains while ensuring violators are held accountable for their criminal efforts to exploit the pandemic for profit," ICE said in an email to the US Sun.

Since in April 2020, about 3,411 shipments of prohibited, fraudulent and/or counterfeit items related to the Covid-19 pandemic were prevented from reaching medical treatment facilities and first responders, ICE told the US Sun.

"Operation Stolen Promise has also been an integral part of combating financial frauds related to the pandemic," the federal agency said.

To date HSI has seized over $55 million in criminal proceeds and over $38 Million in CARES ACT/Paycheck Protection Program frauds, according to homeland security. 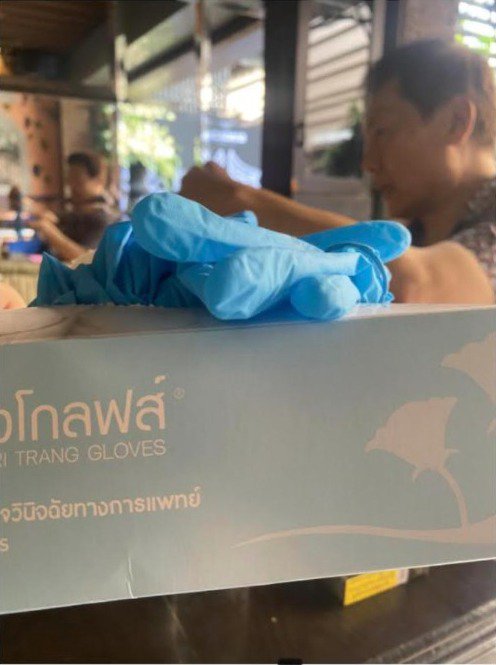 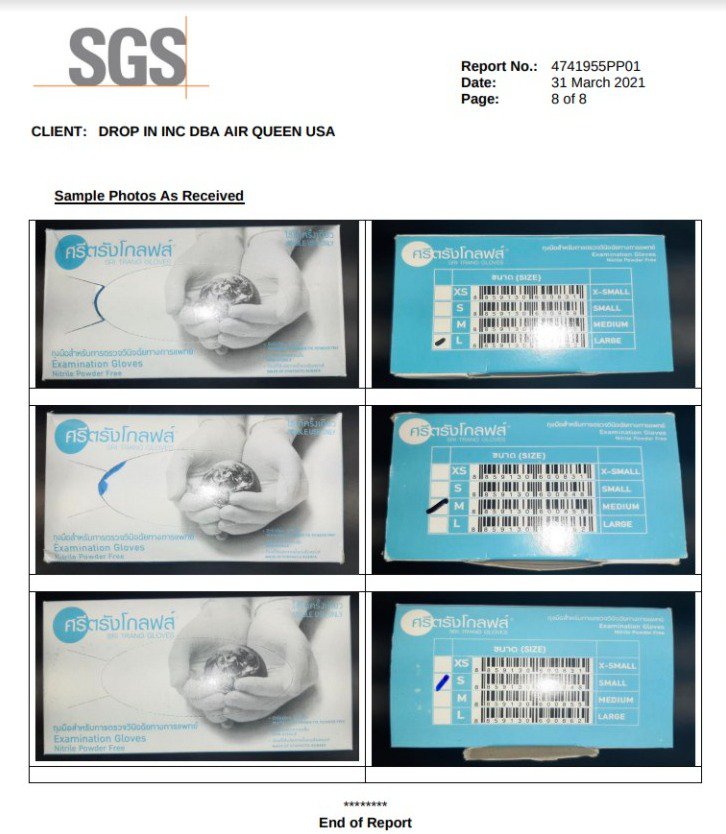 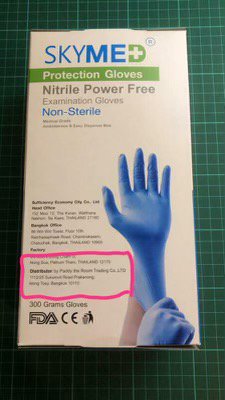