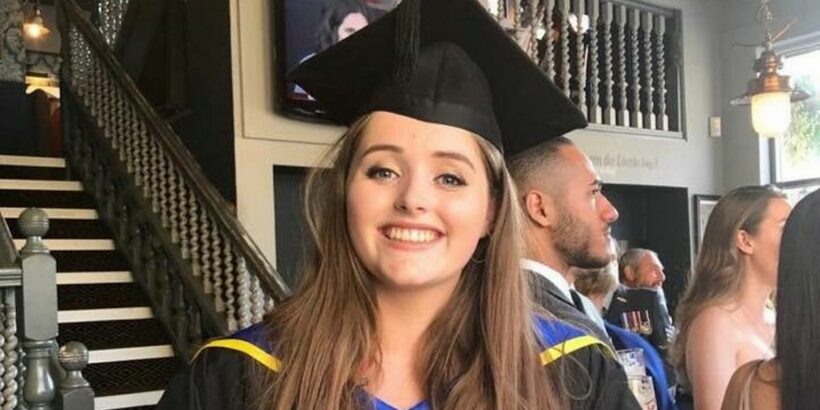 Social media plays a role in the majority of our lives, usually to assist or to keep us connected, but these brutal murders all took place with the help of online apps.

The backpacker's shocking murder sparked a wave of devastation across the globe after she was found dead following a Tinder date in Auckland, New Zealand in 2018.

What was meant to be a trip of a lifetime turned into a horror murder case after she vanished the night before her 22nd birthday.

Grace met up with Jesse Kempson, 26, after they met on the dating app but when she later failed to reply to birthday messages, a missing person's report was filed.

It was revealed that the pair had spent the evening drinking together and they returned to his studio apartment in central Auckland where he strangled and killed her.

It was reported that the sick killer "eroticised" the murder and took photos of her naked body before shoving it into a suitcase and burying her in a shallow grave.

Grace's case will be the first to be highlighted on ITV's new documentary on Monday, November 15.

The documentary will explore Kempson's defence of rough sex, which is also known as the "50 Shades of Grey defence" and references how this case sparked a change in law.

A week after her disappearance the 26-year-old was arrested and later convicted of murder and sentenced to life imprisonment.

ITV will also explore two more brutal killings and how social media brought the victim and their murderer together.

The second film will focus on the murder of teenager Alex Rodda, 15, who was killed by Matthew Mason, 18, six weeks after exchanging messages on Facebook and Snapchat.

Alex was groomed by Mason who soon started to send X-rated photos of himself to the 15-year-old schoolboy before the pair began a sexual relationship.

The killer went to extreme lengths to keep their trysts a secret and lured the teenager to a remote woodland in Ashley, Cheshire where he bludgeoned him to death in December 2019.

“Without social media, I suspect Alex would still be alive now," his father Adam Rodda said.

The third film will explore the devastating death of Molly McLaren, 23, who was murdered by her ex-boyfriend Joshua Stimpson in 2017.

The pair had met on Tinder and dated for seven months until he became controlling and she ended their relationship.

But two weeks later, he bought a kitchen knife and slashed her in the throat and stabbed her 75 times in her car outside the Dockside Outlet shopping centre in Kent.

It was later reported that he was able to track her movements through social media leading up until her death.

He admitted to manslaughter but denied murder in Maidstone Crown Court.

All three cases will air on consecutive days at 9pm on ITV.