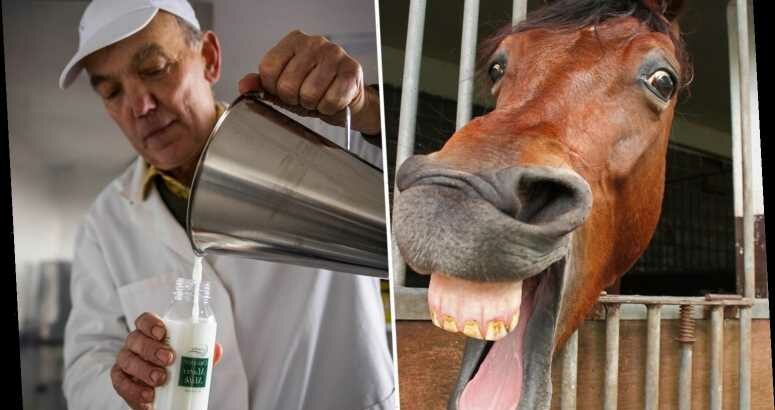 HAVE you herd the one about cows’ milk becoming a thing of the past?

With a seemingly endless list of health benefits, horse milk has increased in popularity over the past 12 months. 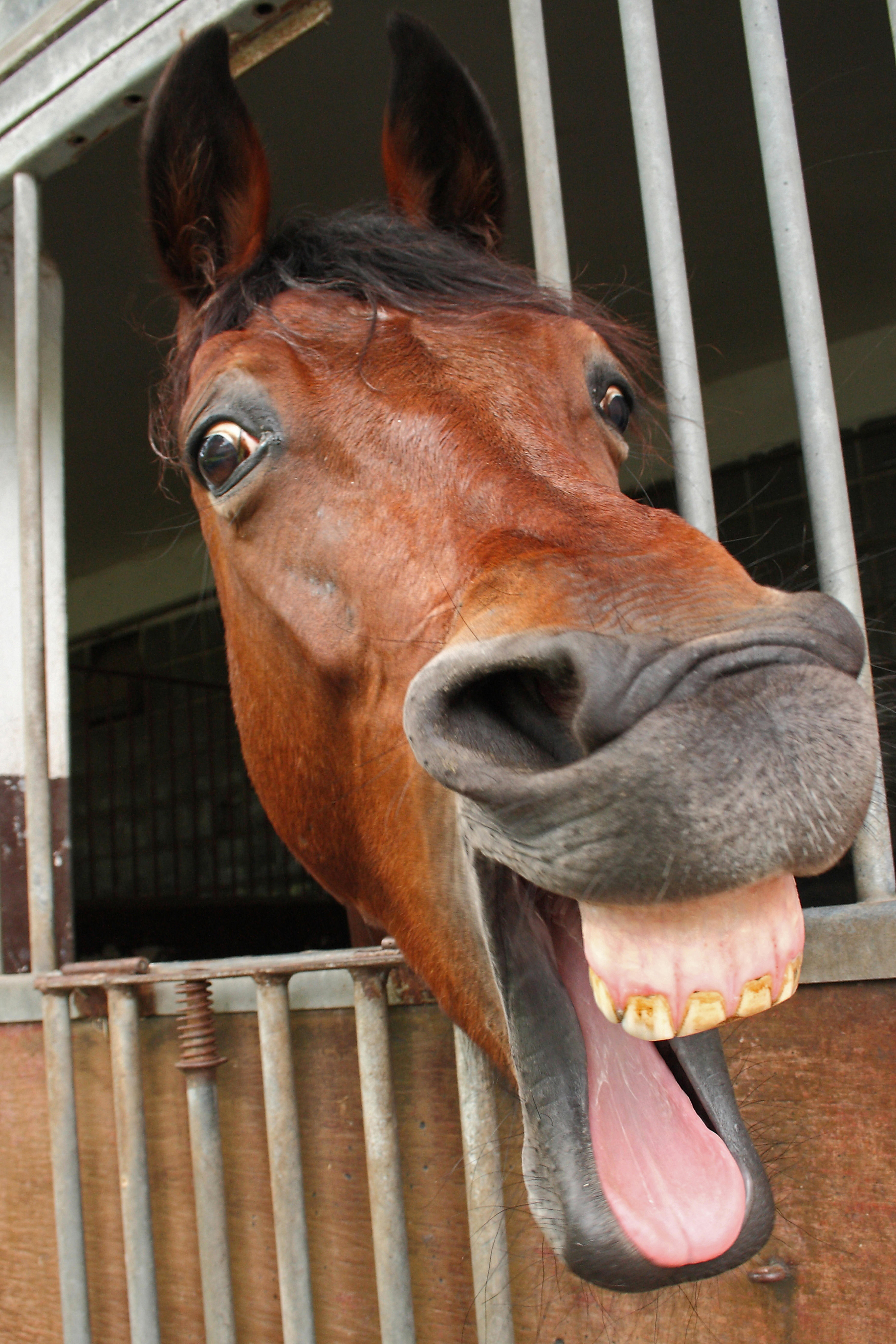 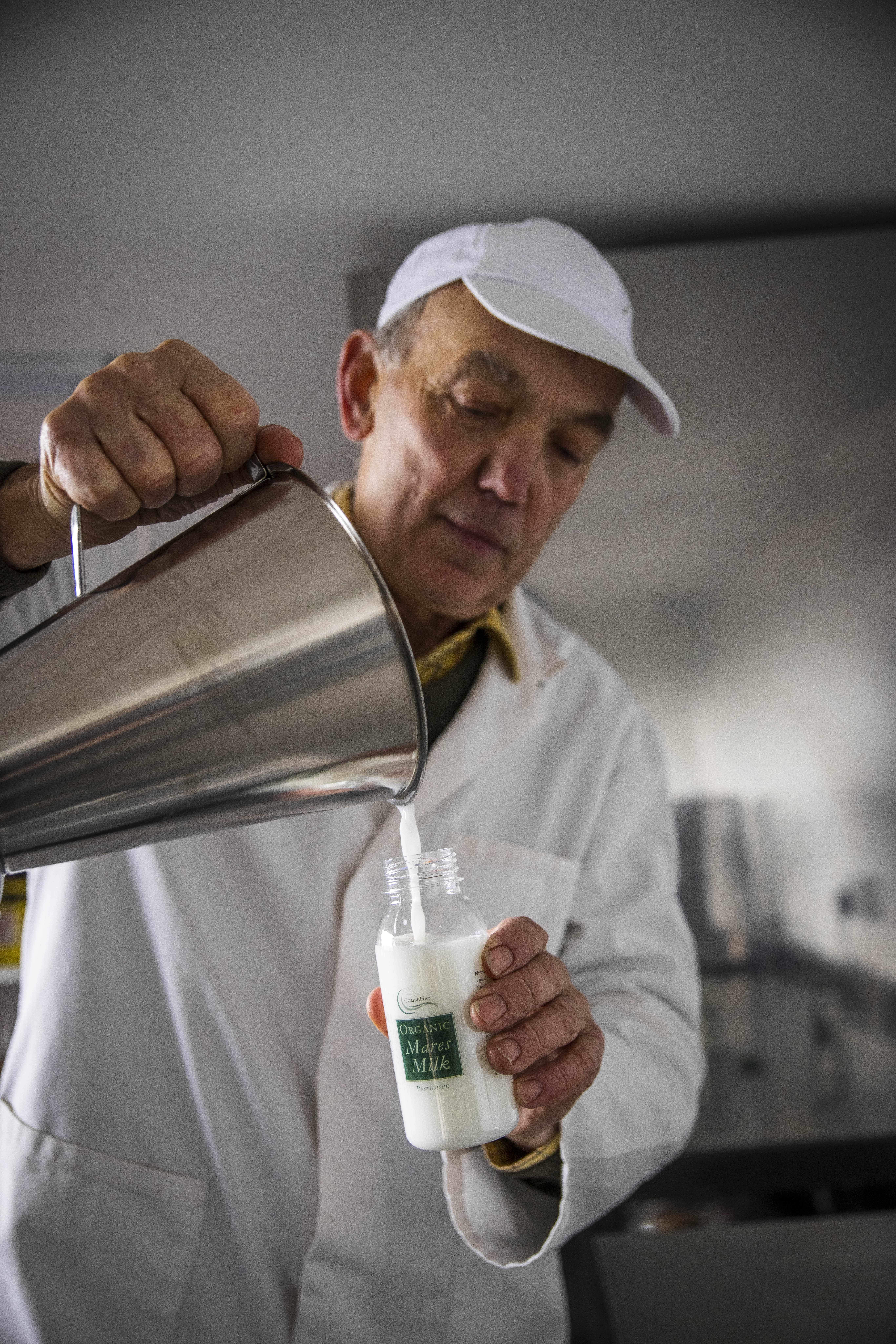 This could, of course, just be an udderly ridiculous trend. To find out, The Sun on Sunday hoofed it over to farmer Frank Shellard and tried some.

Frank — the UK’s only producer of horse milk — claims his vitamin-packed drink is the best choice for our cereals, teas and coffees.

And he is on a mission to change the opinions of those who may bridle at the thought of drinking milk that comes from a horse.

Frank told me: “One of the reasons people happily drink cows’ milk is because it’s traditionally so well marketed.

“Customers are always interested in the health properties of an alternative.”

Still, I wasn’t exactly chomping at the bit to taste test the stuff.

At first glance, it just looks very much like semi-skimmed or skimmed milk.

And straight out of the starting gate, it’s delicious. The taste, when drunk on its own, is oaty, almondy and slightly sweet.

In tea and coffee, there’s some-thing of a soya milk kick to it, and the bonus is that you’re not left with a greasy, full-fat aftertaste.

Frank, 62, and his family have been researching the art of producing milk from horses for the past two decades.

After building up a herd of 14 French Trait du Nord mares over five years, the family has a thriving business selling the milk to customers across the UK.

Frank, who launched his Combe Hay’s Mare Milk brand last year, said: “I wanted to use a rare breed of horse that would enhance the ecology of the farm. After a lot of research we discovered an organic farm in Normandy with an established milking herd.”

The milk sells for £6.50 for a 250ml bottle to customers in mainland Britain. 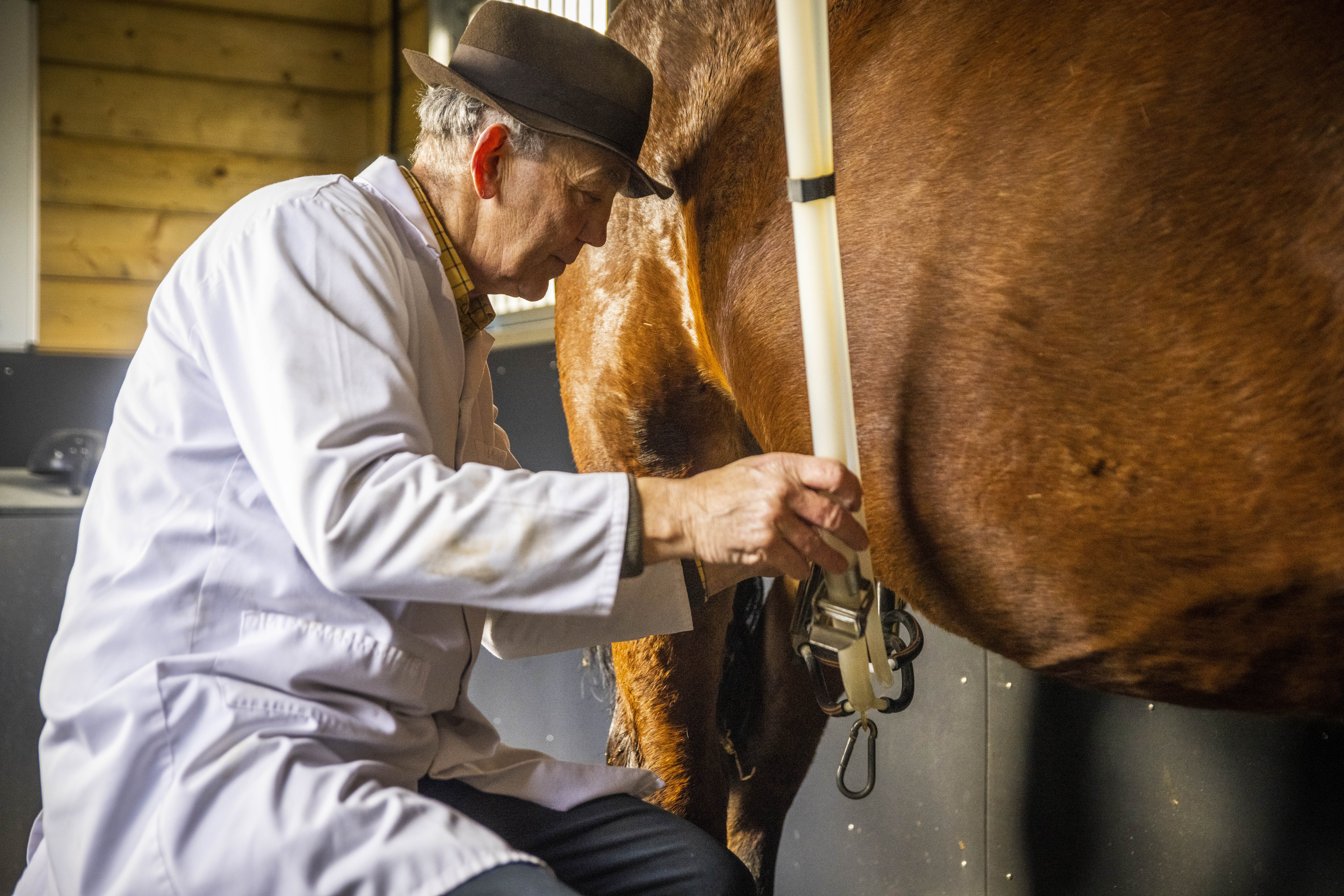 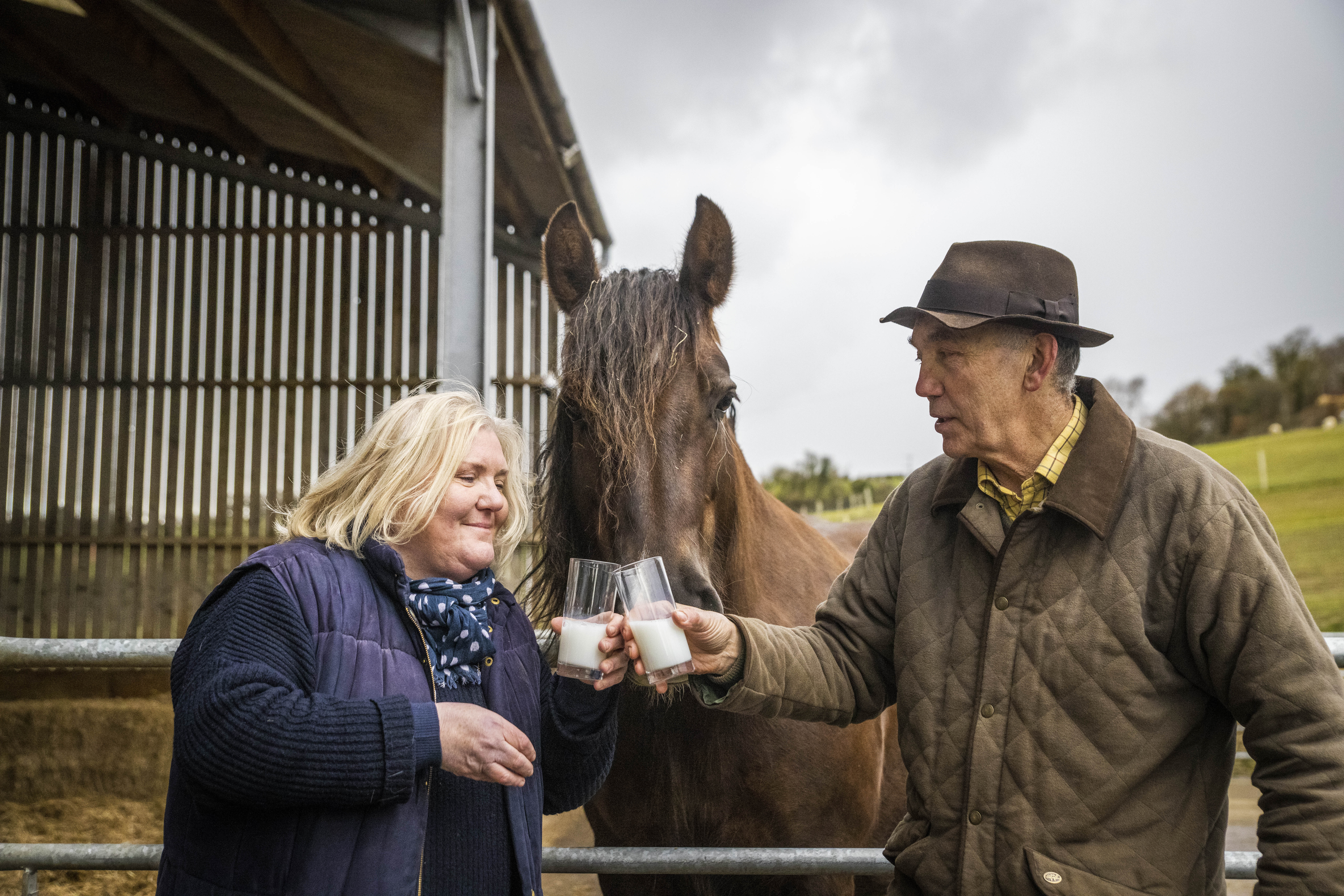 It is high in vitamin C and iron but low in fat (0.7 per cent), with levels of lactose and the protein casein that are closer to human breast milk than cows’. Semi-skimmed milk has 1.7 per cent.

Studies suggest it could help to counter the effects of eczema and boost the immune system.

Researchers at Nazarbayev University in Kazakhstan — where horse milk is common — believe it could even reduce risk of cancer.

Professor Almagul Kushugulova, a leading researcher at the university, said: “It contains lysozyme and lactoferrin, which have antimicrobial properties to help fight disease-causing bacteria, fungi and viruses.

While the unusual beverage has long been popular in the Central Asian nation, it has gone in and out of fashion in mainland Europe.

In Germany during the First World War it was so common that it was delivered door-to-door.

While it has become much less popular since then, there is still a sizable market for mare’s milk on the Continent with dozens of large-scale operations in France, Belgium and Holland.

At Frank’s family farm and stables near Bath, Avon, animal welfare is paramount.

The foals have all the milk for the first ten to 12 weeks after being born and are not separated from the mares throughout the entire process.

Wearing his milking coat and cap, Frank attaches two mobile sucker cups to the horse’s small udders, which produce a litre and a half of milk in just two to three minutes.

It is pasteurised by being heated for 30 minutes at 63C then frozen at -22C to be transported to customers.

Frank said: “With the modern world changing so fast and the need to work with Mother Nature and ecology, the organic nature of the mare milking business is very much the obvious way forward.

“We are in the process of producing a unique range of organic hand creams and body lotions developed from the mares’ milk, and honey from our bees. It will be available in July this year.”

Frank, who drinks a litre of his horses’ milk a day, swears it has improved his digestive system, while also having helped clear the eczema his daughter and granddaughter suffered from. 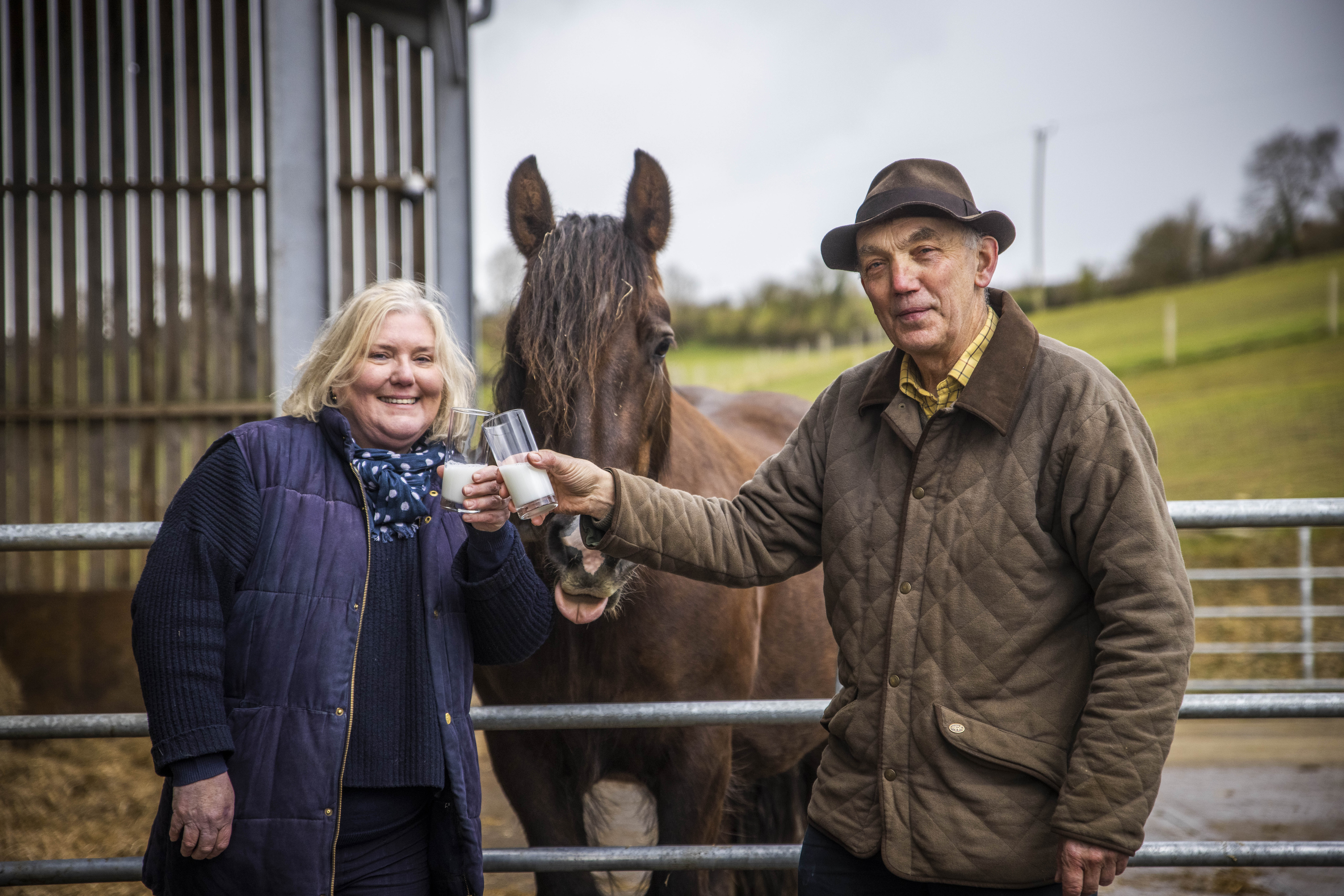 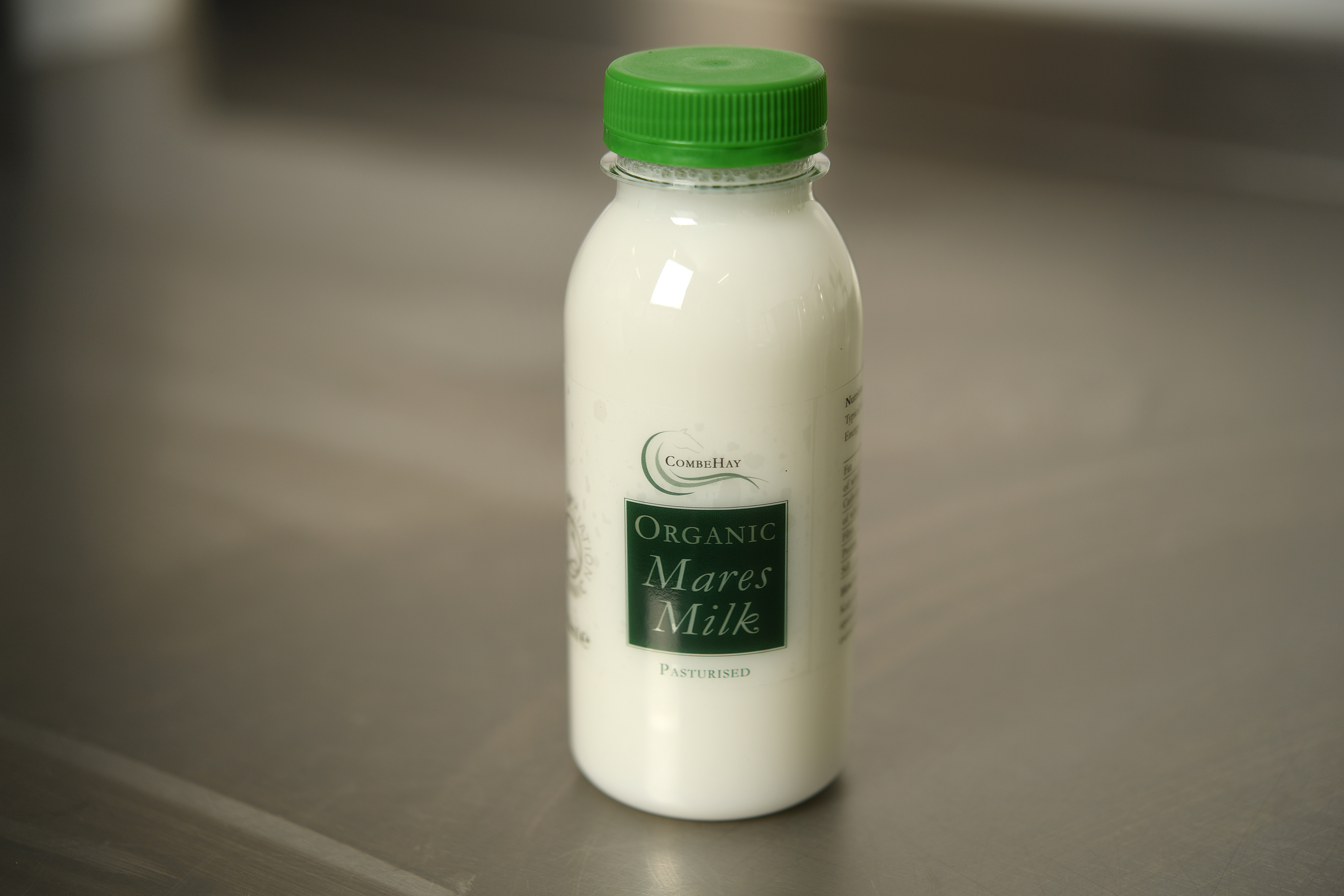 Frank says: “Your gut flora is very much said to be your second brain.

“Look after your digestive system and it’ll take care of you.”

That’s something for the neigh-sayers to think about.