A psychiatric hospital in Melbourne’s north knew about the deficiencies of a small boundary fence more than a year before a 23-year-old Indigenous man made a fatal escape from involuntary care.

Harley Larking was in the care of North West Mental Health’s intensive care division and had been moved to a low-dependency ward when he fled over a boundary fence and into nearby parkland, where he died on May 13, 2016. 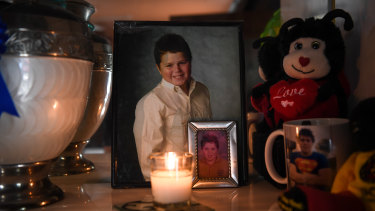 Harley was a young Aboriginal man who absconded from a mental health facility at the Northern Hospital and died.Credit:Justin McManus

She also found that while some had been critical of the level of cultural support Harley had been given, the North West Mental Heath was the only public facility in the state with an Aboriginal liaison officer, prompting a call for a statewide review.

"Although there was an awareness of the risk, there was no evidence of steps taken to ameliorate or lessen the risk," she said.

"If the height of the fence had been actioned earlier, Harley would not have been able to abscond in the manner he did."

Harley was a Nunga man born in Adelaide, who lived in Melbourne from the age of seven.

At the time of his death, he was an involuntary patient with a diagnosis of schizophrenia in the care of North West Mental Health.

On the day he died, Harley climbed a 2.4-metre-high fence and absconded from the secure mental health unit based at the Northern Hospital in Epping.

Harley, who developed schizophrenia in his late teens, then walked from the hospital to a small area of empty parkland behind a hardware shop. It was there he died, alone, by fire.

On the morning of his death, Harley was woken at 10am but the unit was short staffed, Ms English said. 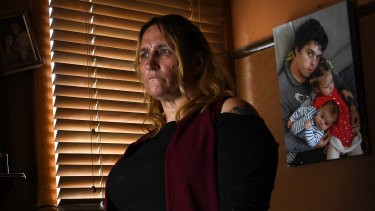 Annemarie Skratek with a picture of her son Harley Larking in 2019.Credit:Justin McManus

When they realised Harley was missing about 12.10pm, a phone call was made to the Epping police station but a subsequent fax didn't go through, a nurse filled out the incorrect paperwork and no police report was created at the station.

The coroner heard that in the months leading up to his death, Harley had run away from the involuntary unit five times and returned to his family home. But police records show he was only reported missingonce.

Ms English said that at the time of Harley's death, the health service's policies on missing patients were "ambiguous" and unclear.

This was compounded by the knowledge local police had contacted the hospital in April 2015 with concerns an increasing number of patients were escaping – 33 in the preceding 72 days.

Ms English said management was clearly aware of the risk but there was no evidence of any action ever being taken.

In handing down her findings, the coroner determined Harley died as a result of accident or misadventure and not suicide.

She made 10 recommendations, including that the unit and Melbourne Health review its missing person report procedures and ensure police were advised of patients missing for more than 15 minutes. She called staff to be adequately trained on how to report patients missing, be provided with Aboriginal competency training and record all attempted and actual escapes.

The findings will be passed onto the forthcoming Royal Commission into Victoria's Mental Health System.

A new fence that is one metre higher than the original has since been built at North West Mental Health.