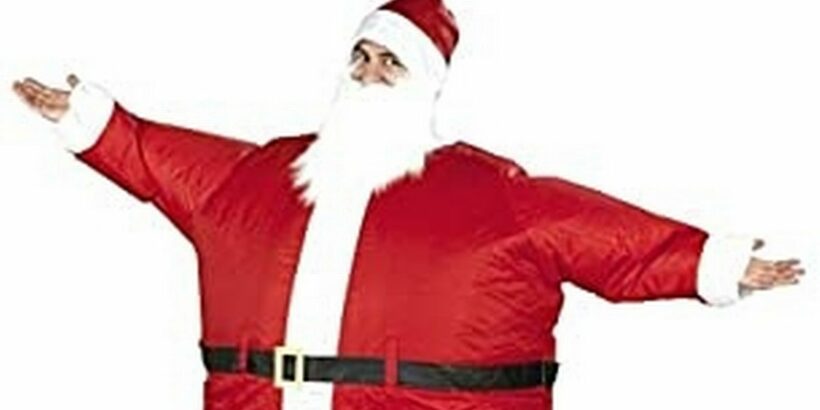 Hard-pressed hospital workers trying to keep up their own morale – as well as that of their patients – may have accidentally created a super-spreader event with a Santa costume.

Staff at the hospital enjoyed a Christmas event where one of them wore an inflatable fan-powered Santa outfit.

Ms Chavez said that hospital officials are investigating whether the “holiday themed” costume “was a contributing factor.”

“Any exposure, if it occurred, would have been completely innocent, and quite accidental,” she added, as [the person in the costume] had no Covid symptoms and only sought to lift the spirits of those around them during what is a very stressful time.”

Jose-Luis Jimenez, a chemistry professor at the University of Colorado Boulder, told the New York Times that the suit’s motorised fan could have blown infectious droplets into the room, in much the same way that a choir rehearsal at Mount Vernon Presbyterian Church in Washington State infected 53 people and killed two in March last year.

“It’s kind of like the choir case,” he said “There is no way to infect 43 people when you’re wearing a costume other than through airborne transmission, through aerosols, because you’re inside a costume and cannot touch objects or get people infected through surfaces.”

Health experts in California say the state is on the brink. "This is about total collapse of the health care system if we have another spike," says Dr. Brad Spellberg, chief medical officer at the Los Angeles County-University of Southern California Medical Centre.

"And we, in the hospital, cannot stop that. We can only react to it. It is the public that has the power to put a stop to the spread of this virus by obeying the public health guidance that have been put out."