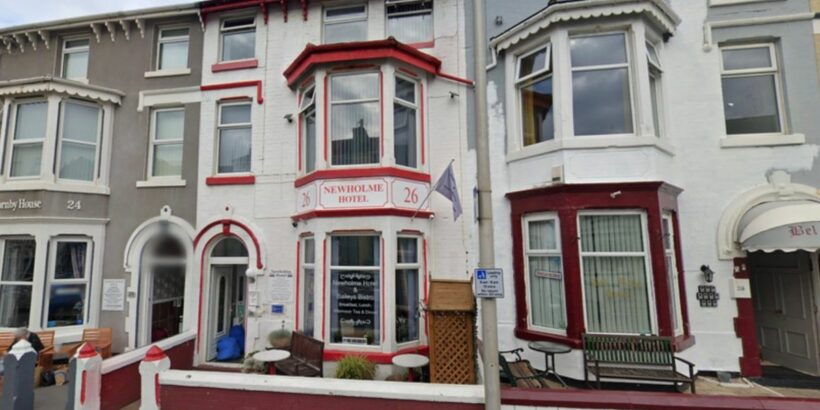 A hotel owner has accused a customer of "s******* the bed" after they allegedly found a brown stain on the linen.

The sensational exchange between a customer and the manager of The Newholme Hotel in Blackpool took place on Tripadvisor in October last year.

The angry guest left a lengthy comment detailing the issues with their stay at the B&B, rated four and half stars out five overall on the site, LancsLive reported.

They said that after one of his party was finsihed with chemotherapy, they went to the seaside town and after being told to keep used towels in their room they put them on the floor.

"On our way home we received an email / invoice for £50!!! To cover the cost of replacing said towels (don’t give them your bank details)," the review went on.

"The bed sheet has a chocolate stain on…. The buyer accused us of 'sh***ing the bed' and his attitude on the phone stank.

"I disputed the £50 charge with my bank who laughed at the hotel when I explained, thankfully they refunded me the £50 charge and have since gone on to reclaim it back from the Newholme, but they did advise me to cancel my bank card as this ‘hotel‘ might try and steal the money back again ….. so you really want to stay in a place like this?????"

The owners didn't take long to leave a short yet blunt response to the guest+'s claims.

They wrote: "Basically you were rude to staff and the stain on the sheets was brown but was not chocolate.

"Also you brought takeaway onto the premises after being asked not to then grease stain didn't come out so you were charged for replacements."