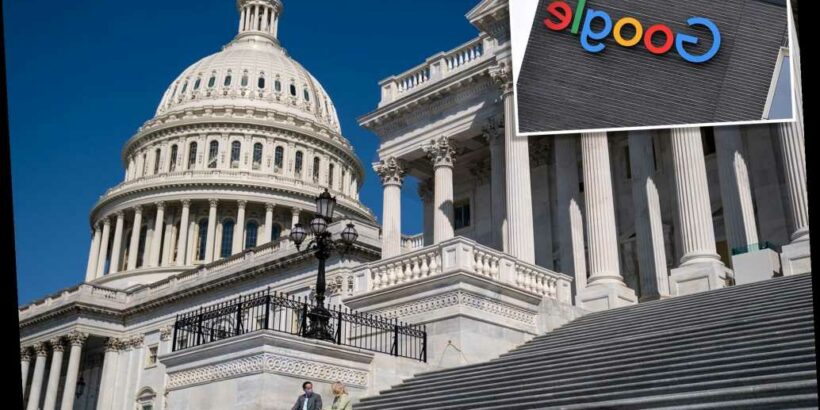 US efforts to force Google, Facebook to pay for news gain steam

Google and Facebook felt the heat on Friday as hearings get underway on Capitol Hill on a new bill that could force the tech titans to negotiate with local news organizations that want to get paid for links to stories that appear on their sites.

The new bill, known as the Journalism Competition and Protection Act, was introduced with bipartisan support in the House and Senate Wednesday. Efforts to pass it kicked off Friday with House testimony from publishers, union leaders and Microsoft president Brad Smith.

Publishers have long argued that they’ve been hit hard financially by social media giants who link to articles and videos created by news organizations in an effort to drive their own traffic without offering compensation to the publishers.

Google and Facebook are projected to capture more than 50 percent of the digital ad spend in 2021, according to eMarketer. Newspapers in particular have been hurt by the migration of ad dollars to the web resulting in a halving of the industry since 2008.

In the past two years over 300 daily and weekly papers folded as circulation declined and advertisers continued to gravitate to spending with tech giants. The pandemic has only served the worsen the crisis as advertisers pulled back generally, resulting in 30,000 newsroom jobs being wiped out in 2020.

“The government cannot regulate the news business under the
First Amendment, but there are now two major companies – Google and Facebook – that clearly do regulate us,” Chavern added. “Their algorithms determine when (and if) news is seen in search results and news feeds; they determine how news is presented to readers; they collect and control data about news audiences; and they control the systems and markets around digital advertising.”

Google and Facebook are not on the witness list for hearings on the bipartisan bill that is sponsored by Democrat David Cicilline and Republican Ken Buck in the House. Democratic Amy Klobuchar and Republican John Kennedy introduced an identical bill in the Senate this week.

Microsoft’s president Brad Smith — who is on record endorsing an Australian bill that recently became law allowing publishers to collectively bargain for payment with the two social media giants — was the only big tech executive to testify at Friday’s hearings.

In addition to Smith, Chavern, and Schleuss, the hearings Friday were slated to include journalist Glenn Greenwald and Clay Travis, founder of Outkick Media.

To ward off regulation, Facebook and Google have each pledged to spend $1 billion each over the next three years on local news initiatives. But they have long opposed any government mandates on how they share revenue.

Efforts to force them to the bargaining table in Australia resulted in Facebook blocking all publishers Down Under last month — resulting in an international uproar over concerns that it could be suppressing potentially life-saving news alerts.

Australia passed the law anyway and it’s being closely monitored around the globe with Microsoft’s Smith saying he thought the law should be copied in the US.

Maribel Perez Wadsworth, the publisher of USA Today and president of Gannett Media, testified that lawmakers should consider some of the Australian and European Union protections.

“The Journalism Competition and Preservation Act recognizes the value of news content online and would create a framework for news publishers to develop stronger, more equitable relationships with the platforms, and we fully support its reintroduction,” Perez Wadsworth said. “However, based on the recent experiences in Australia and the European Union, Congress should carefully consider whether the bill provides adequate safeguards to ensure that online platforms actually do cooperate fairly with publishers throughout the process and respect our right to protect our content.”

Google, meanwhile, has been trying to head off regulation by racing to negotiate individual agreements with publishing groups around the world. The effort has resulted in a recent deal with News Corp., parent company of the New York Post, the Wall Street Journal and Times of London, as well as deals with British publishers Reuters and the Financial Times.

The US version of JCPA will basically allow a “safe harbor” to exempt American newspaper publishers, local news broadcasters and digital news publishers from antitrust laws for four years so that they can negotiate payment for links to articles and videos with the tech titans.