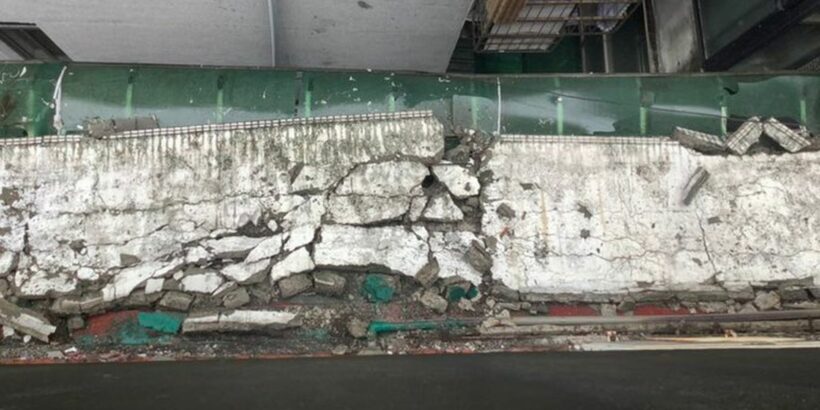 Taiwan was hit with a massive 6.2 magnitude earthquake which shook houses, destroyed balconies, and shut down the tube system.

Terrifying images posted to Twitter showed a balcony had fallen to the ground.

It's not clear how many casualties there were after the earth-shaking tremors.

The 6.2 magnitude quake was reported by the European-Mediterranean Seismological Centre (EMSC)

The South China Sea island has a population of 23.5 million.

Twitter user Taiwan Story posted a picture of their wrecked balcony with a spooked description of the damage.

They wrote: "Earthquake! The wall of my balcony collapsed! This time it was quite long and quite powerful.

"It was the first time I experienced such a strong earthquake, and it scared me to death!"

Another user posted confirmation that capital Taipei's underground system was stopped due to the earthquake.

The epicentre of the earthquake was 40km (25 miles) below the earth's surface, EMSC reported.

Just a few days ago Taiwan was hit by a smaller 5.2 magnitude quake.

That earlier tremor began 30km (18.8 miles) below the surface and was felt across northern and eastern parts of the island.

There were no immediate reports of damage after the quake last Monday, however.

Today's earth-shaking quake was reported to have started near Su'ao Township, Yilan County on the island's north eastern edge.

That's pretty close to where the quake last Saturday and another tremor yesterday began, authorities reported.

The worst earthquake in Taiwan's recent history is known as the Jiji Earthquake of 1999.