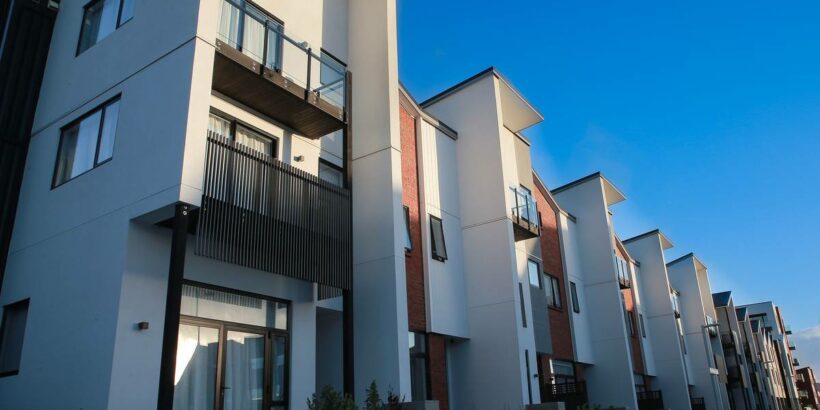 Auckland is in the middle of a building boom with more than 17,000 new homes completed across the city in the past two years, exclusive new data has revealed.

Hobsonville, in the city’s north west, had the most building activity as its 1795 completed builds since the start of 2019, included 944 new houses, 618 townhouses and flats and 233 new apartments.

Flat Bush, in the south east, with 1383 homes was the suburb with the second most finished new builds, the Weekend Herald and its data partner Valocity found.

Read more: 115 new homes in 2 years – What life is like on one of Auckland’s fastest changing streets

Houses were still the most popular new builds with 11,135 completed. But townhouses and flats (3378) and apartments (2747) were gaining in popularity.

Valocity head of customer experience James Wilson said over the past decade the number of new houses being built had been trending up.

“And that is only going to be a good news story,” he said.

“We all know the trademark answer to the housing crisis is to increase supply.”

Auckland has now been gripped by a housing shortage stretching back more than a decade that had led prices to skyrocket.

In March, the median sales price hit a new record high of $1.12 million – up 18 per cent since the start of the Covid-19 pandemic a year earlier, the Real Estate Institute said.

Home ownership rates, meanwhile, had fallen to about 65 per cent – a low not seen since the early 1950s post-war boom.

Wilson said that while house building had been on the up, it was not until recently that developers and planners had focused on building the right kinds of homes.

Up until just a few years ago, many often simply built the biggest houses they could on the smallest section possible as a way to maximises the sales price and subsequent profit.

Wilson said that could historically be seen in Flat Bush, where no new apartments had been built in the last two years, according to the new research.

Hobsonville Point – a former air force base – by contrast had been a fully master planned development designed to have a mix of housing types located close to schools, shops and parks.

After Hobsonville and Flat Bush, Pukekohe with 961 new builds, Auckland Central with 928 and Papakura with 658 were the suburbs with the next highest levels of building.

Valocity also found new build homes had sprung up in a roughly equal proportion across the city.

Vincent St in the city centre was the street with the most building activity as 173 new apartments were completed since the start of 2019.

Victoria St in Onehunga in the inner south was next with 148 completed new builds, while Hall Ave in Māngere was another hotspot with 115 new homes and townhouses.

The Valocity data also came as more new homes were approved for building across the country in the past year than ever before with 41,028 building consents being issued, Stats NZ said.

That meant the number of homes consented nationally had gone from its lowest annual number since the 1940s to an all-time record, mostly due to an increase in higher density apartment and townhouse living.

There had also been 12,497 Code of Compliance Certificates issued for completed new builds in the 12 months to February, Auckland Council said.

Auckland Council Planning Committee chairman Chris Darby said that no matter which data is cited, the city appeared to be in a building boom.

Infometrics senior economist Brad Olsen said Auckland was experiencing “an incredible level of building” that was likely “starting to eat away at the undersupply of housing”.

“But we’ve had this issue build up over such a period of time, it was never going to be a quick one to reverse,” he said.

Darby said governments past might have “seen the numbers go up and then taken a bit of a breather, leaned back and thought that problem is solved on to the next one”.

“But we have to maintain that for months and years, and when I say years, I’m talking many, many years until we don’t see people in cramped conditions or living in garages or cars.”