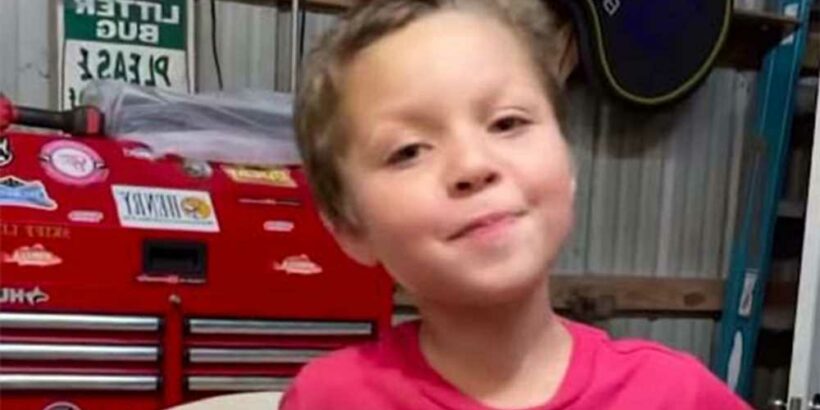 The Houston boy whose remains are believed to have been found Tuesday died weeks before he was reported missing while under the care of his dad’s girlfriend — who is charged in his disappearance, a new report said.

Samuel Olson, 5, who was reported missing by his dad, Dalton Olson, last Thursday, has been dead since May 10, according to new court documents obtained by KTRK.

Benjamin Rivera, a roommate of Dalton’s jailed girlfriend Theresa Balboa, told police she called him that day to inform him of Samuel’s death, the report said.

When Rivera returned to their apartment, he found the boy, bruised and unresponsive, on the bed, according to the court documents.

Balboa, who lost custody of her two daughters in 2019, had been watching Samuel since April 30 — the last day he was seen at school, his father told authorities, according to the documents.

After Rivera found Samuel’s body, he told police he and Balboa left the boy in the bathtub for two days.

Rivera told police he and Balboa then concealed the boy’s body in a plastic box purchased from Walmart and took him to a storage unit.

Balboa then met an unidentified man Tuesday at a Walmart parking lot in Cleveland, Texas — where he picked her up along with a black plastic box capped with a yellow lid, according to court documents obtained by KHOU.

The man helped Balboa haul the bin into the back of his pickup truck before the pair drove to a Best Western in Jasper, where they were caught on surveillance video arriving.

Later that day, police responded to the motel and found Balboa, along with the bin.

A child’s body was found inside, preliminarily believed to be Samuel, wrapped in black plastic bags secured with duct tape, KTRK reported.

Balboa has been charged with tampering with evidence in the ongoing investigation and may face additional charges, Houston police said Wednesday.