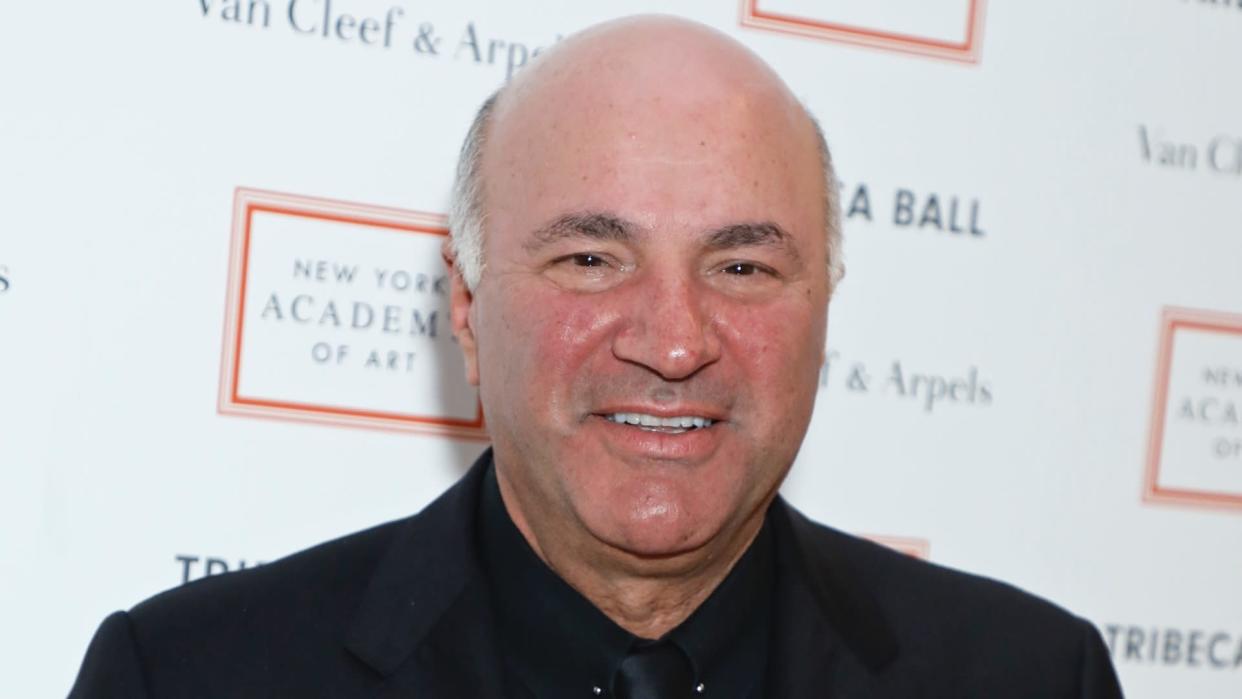 You’ve seen some of these money experts share their knowledge of investing, saving, spending and starting businesses on television. You may have also read their books. But you might not know their backstories — how some of the nation’s top money minds got their starts.

Read: The Downsides of Retirement That Nobody Talks About
Find Out: How Rich Is Former President Donald Trump as He Turns 76?

Just how did these 10 experts build their considerable wealth, including a couple among the 10 wealthiest people on the planet? Read on to learn how famous financial pros from Michael Bloomberg to Suze Orman made millions and billions, and get a piece of advice from each. 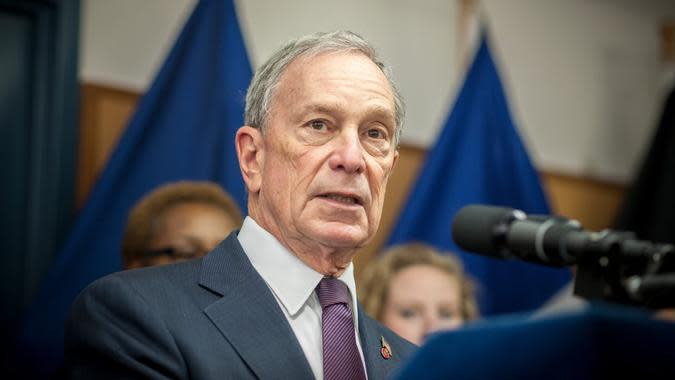 Michael Bloomberg
Net Worth: $82 billionThe former mayor of New York and a 2020 presidential candidate, Michael Bloomberg started his career on Wall Street in 1966 in an entry-level job after earning his MBA from Harvard. He rose through his company to lead its information systems division but was let go in 1981 when the company was acquired.The following day, he used his severance package to found his own company with the goal of bringing transparency and fairness to the financial world through technology. The company, Bloomberg LP, now employs about 20,000 people in 70 countries. Forbes pegs his net worth at $82 billion, making Bloomberg one of the 10 richest people in the world.Bloomberg on entrepreneurial success: “We’ve grown from four people in one room to 20,000 people in over 70 countries — so that’s the biggest change. But the company’s values have stayed the same. Hard work, collaboration, giving back — that’s what inspired us at the start, and that’s what’s leading us into the future.”Small Business Spotlight 2022: Nominate Your Favorite Small Biz 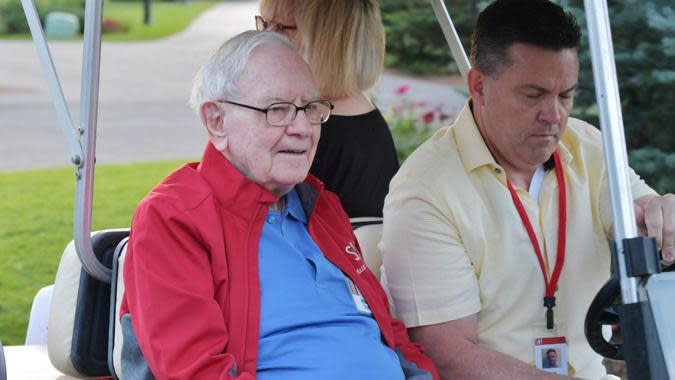 Warren Buffett
Net Worth: $94.3 billionLong considered the standard bearer of investors, Buffett bought his first stock at age 11 and filed his first tax return two years later, Forbes reported. He is the CEO of Berkshire Hathaway, the parent of more than 60 companies, including GEICO, Fruit of the Loom, Dairy Queen, See’s Candies and Kraft Heinz.Forbes estimates Buffett’s net worth at $94.3 billion, also making him one of the 10 richest people on the publication’s list of billionaires. He has vowed to give away more than 99% of his wealth through the Giving Pledge.Buffett on the roller coaster nature of stocks: “You’ve got to be prepared when you buy a stock to have it go down 50% or more and be comfortable with it, as long as you’re comfortable with the holding,” he told Berkshire Hathaway shareholders in 2020. 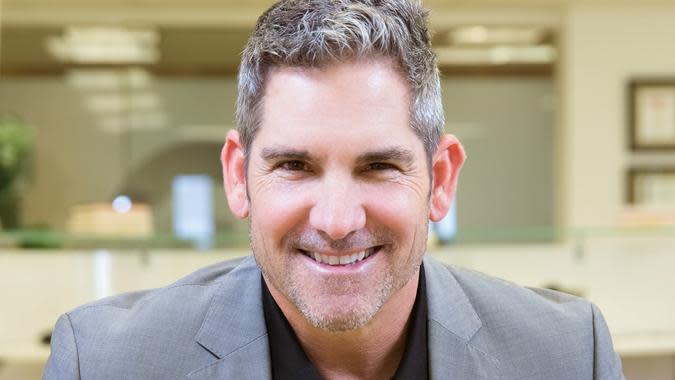 Grant Cardone
Net Worth: $600 millionIn his early 20s, Grant Cardone developed a substance abuse problem and spent his money on drugs and alcohol. “I should have been spending that money on things that would help me develop new skills, gain knowledge and make powerful connections,” he told CNBC’s “Make It.””I didn’t realize any of this until much later. At 25, I spent my last $3,000 on an audio program that taught me about sales and how to close deals. I can honestly say that the investment and commitment to go ‘all in’ are the reasons for my success today,” he said. Today, he is a bestselling author, owns seven companies and runs a top conference for entrepreneurs.Cardone on achieving financial independence: “So, how do you achieve financial freedom when you have absolutely nothing? No money, no skills, no savings, no contacts, no support? You start by getting into the right mindset,” he wrote on his blog. “A positive mindset, determination, grit, and passion is what will get you from A to B, broke to financially independent.” 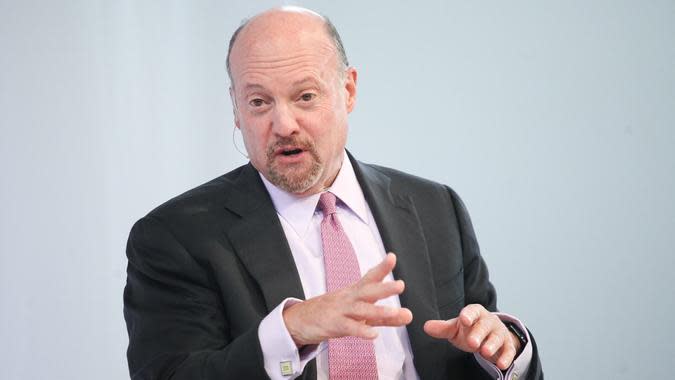 Jim Cramer
Net Worth: $150 millionThe host of CNBC’s “Mad Money” and the network’s subscription podcast, “CNBC Investing Club with Jim Cramer,” Cramer is a graduate of Harvard Law School. After passing the New York state bar exam, he joined Goldman Sachs in sales and trading before launching a career in hedge fund management.He retired from the business in 2001, a year after his rate of return exceeded 36%, according to his CNBC bio. He founded TheStreet and also is a best-selling author.Cramer on investing at a young age: “Thanks to the magic of compounding, the earlier in your life you start investing in the market, the bigger your long-term gains can be,” he told CNBC. 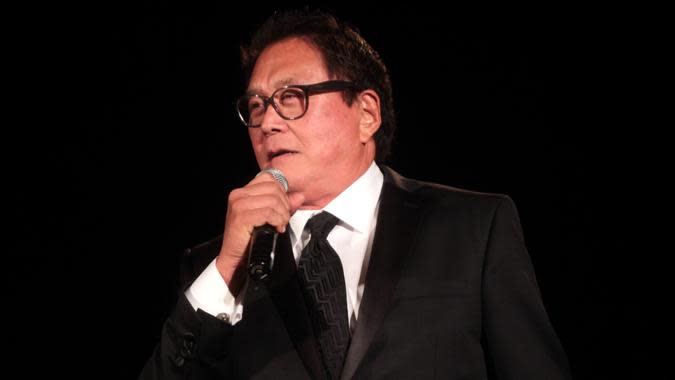 Robert Kiyosaki
Net Worth: $100 millionThe author of “Rich Dad Poor Dad,” one of the best-selling books on personal finance, Robert Kiyosaki changed the way many people think of money. A native of Hawaii, he turned down a job with Standard Oil after graduating from college to join the military during the Vietnam War. After his tour of duty was done, he took a position at Xerox and rose to the company’s top salesperson before opening his own company, Rippers, which brought the nylon and Velcro wallet to market.Kiyosaki on technology: “Technology has brought both speed and innovation to the world of money,” he wrote to mark the 25th anniversary of his famous book. “All the more reason, it seems, to do all that we can to get smarter with our money, learn as much as we can, and take control of our financial futures.” 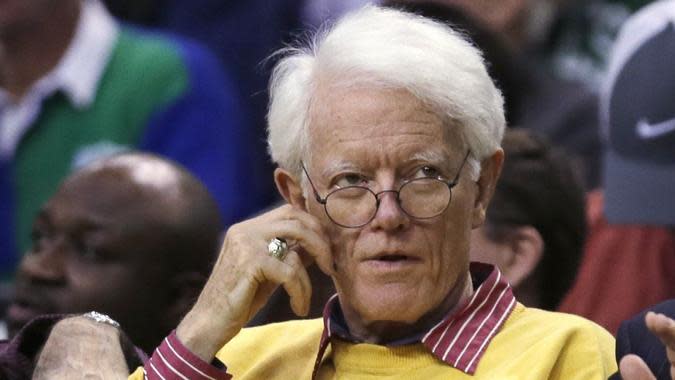 Peter Lynch
Net Worth: $450 millionWhen Peter Lynch started caddying at age 11, he overheard conversations on the golf course about investing and stocks. His interest was piqued, and he kept track of the stocks.”I didn’t even have any money. But I watched them go up. I said, ‘Wow, this looks like a great thing to do.’ So I did,” he told Fidelity Viewpoints. “At Boston College, I did a report on the air cargo industry, and I bought $300 worth of Flying Tiger airlines. The Vietnam War took off and they had to fly a lot of stuff to Vietnam. … I think I paid for graduate school with Flying Tiger.”He went on to run Fidelity’s MagellanFund from 1977 to 1990, growing its assets from $18 million to $14 billion under his watch.Lynch on stocks: “Long term, the stock market’s a very good place to be. But I could toss a coin now. Is it going to be lower two years from now? Higher? I don’t know. But more people have lost money waiting for corrections and anticipating corrections than in the actual corrections.” 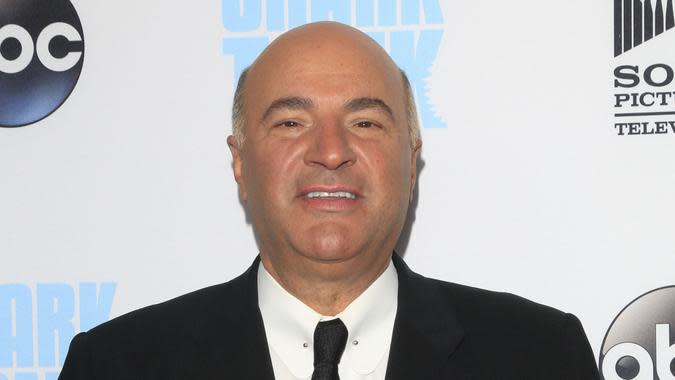 Kevin O’Leary
Net Worth: $400 millionKevin O’Leary, aka Mr. Wonderful from television’s “Shark Tank” and “Dragons’ Den,” started a software company in his basement in 1986 that he and his partners sold in 1999 to the Mattel Toy Co., CNBC’s Make It reported. He went on to launch investment and wine companies and wrote a best-selling book on financial literacy.O’Leary on hard work: “I respect any entrepreneur that’s not afraid to just work, simple as that. It’s a 25 hour a day life, there’s no shortcuts,” he posted to Twitter in May 2022. 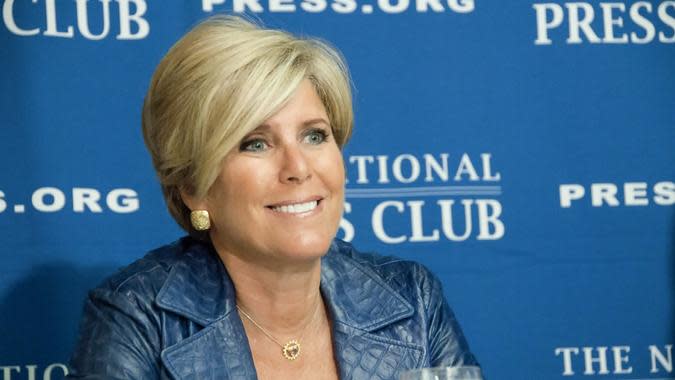 Suze Orman
Net Worth: $75 millionSuze Orman, best-selling author and host of the “Women & Money” podcast, didn’t grow up with plans to be a financial guru. She stumbled into it.At 29, working as waitress, she shared her dreams of opening a restaurant with the diners she’d served for years. Believing her, they invested in her dreams, and she turned to a professional to help her grow the money. And he lost it all. From that experience, she learned all she could about the stock market and finances and got a job as a stock broker, setting the foundation for her career.Orman on saving money: “It can be $10 a month, $200 or $1,000,” she wrote on her blog. “All I insist is that you make this automatic. That is a proven way to stay committed to a savings goal … The set it and forget it approach is how you will reach your savings goals.” 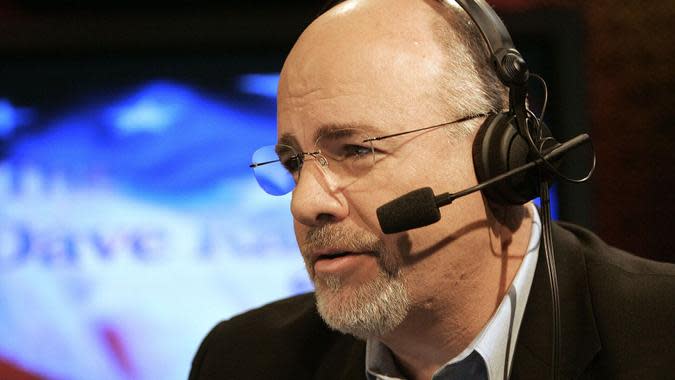 Dave Ramsey
Net Worth: $200 millionDave Ramsey’s father instilled in him the value of making money at an early age, so as a preteen he mowed lawns. While still in college, he earned his real estate license and started selling properties, and by his mid-20s, he was living high, earning $250,000 a month with a real estate portfolio of $4 million — until he lost it all when the banks called in their notes on the loans and he was forced to file for bankruptcy.He learned everything he could about money, got back on his feet, and started sharing what he knew with others. Today he dispenses advice through his best-selling books and his weekday radio broadcast, “The Ramsey Show.”Ramsey on spending: “When you have to go out, make a list of only the things you need and take just enough cash with you to make the purchase,” he wrote in 2015 in his advice column. “Spending money on a bunch of stuff you don’t need, and probably don’t really want, isn’t going to bring you contentment.” 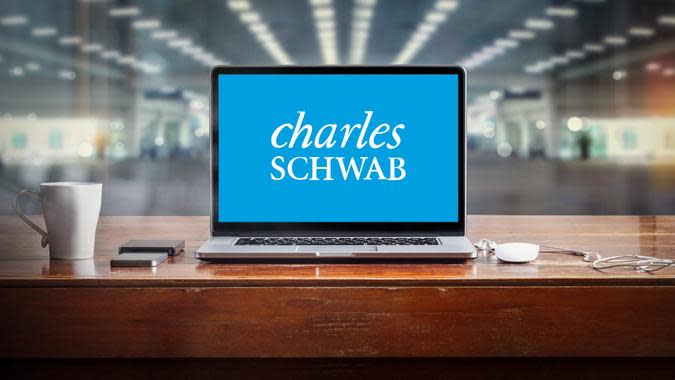 Charles Schwab
Net Worth: $10.2 billionCharles Schwab founded his brokerage company in 1971, borrowing $100,000 from his uncle to do so. The company grew after Schwab started charging half the fees of full-service brokers, and 50 years later, the company has accounts worth $7.8 trillion and averages 6 million trades per day, according to Forbes. Today, his net worth is $10.2 billion as estimated by Forbes.Schwab on money: “You’ve always got to worry about it,” he told Money magazine in 2007. “I worry in a different way now. I worry about the responsibility of wealth.”More From GOBankingRatesThe Downsides of Retirement That Nobody Talks About
States Whose Economies Are Failing vs. States Whose Economies Are Thriving
Looking To Diversify in a Bear Market? Consider These Alternative Investments
12 Expenses Successful People Don’t Waste Time or Money On
Note: Net worth figures are sourced from Celebrity Net Worth, unless otherwise indicated.

This article originally appeared on GOBankingRates.com: How 10 Self-Made Money Experts Built Their Wealth