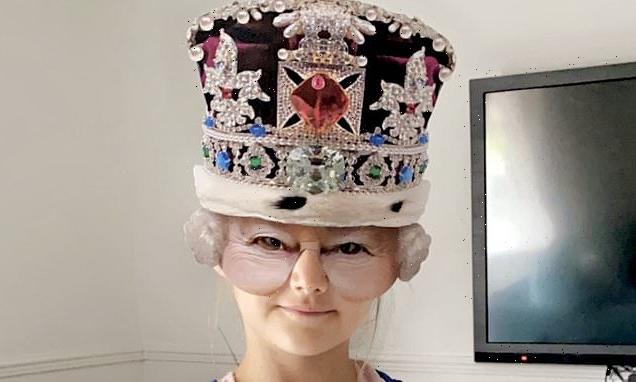 Getting ready for a right royal knees up! How Britons are ALREADY preparing to celebrate the Queen’s 70 years on the throne with the Platinum Jubilee still a week away

Enthusiastic Brits are already getting ready to celebrate the Queen’s Platinum Jubilee despite it still being a week away.

Excitement is building for children, adults and household pets as more than 10 million people are expected to celebrate with street parties and events on a special Thank You day on June 5.

But rather than limit the fun to the bank holidays, many royal family fans are already getting the party started – with revelers enjoying the once in a lifetime celebration everywhere from schools to retirement homes.

The Queen ascended to the throne on June 2 1953 and is the UK’s longest reigning monarch – at the Jubilee celebrations next weekend she will have surpassed Queen Victoria’s 64-year rule by more than six years. 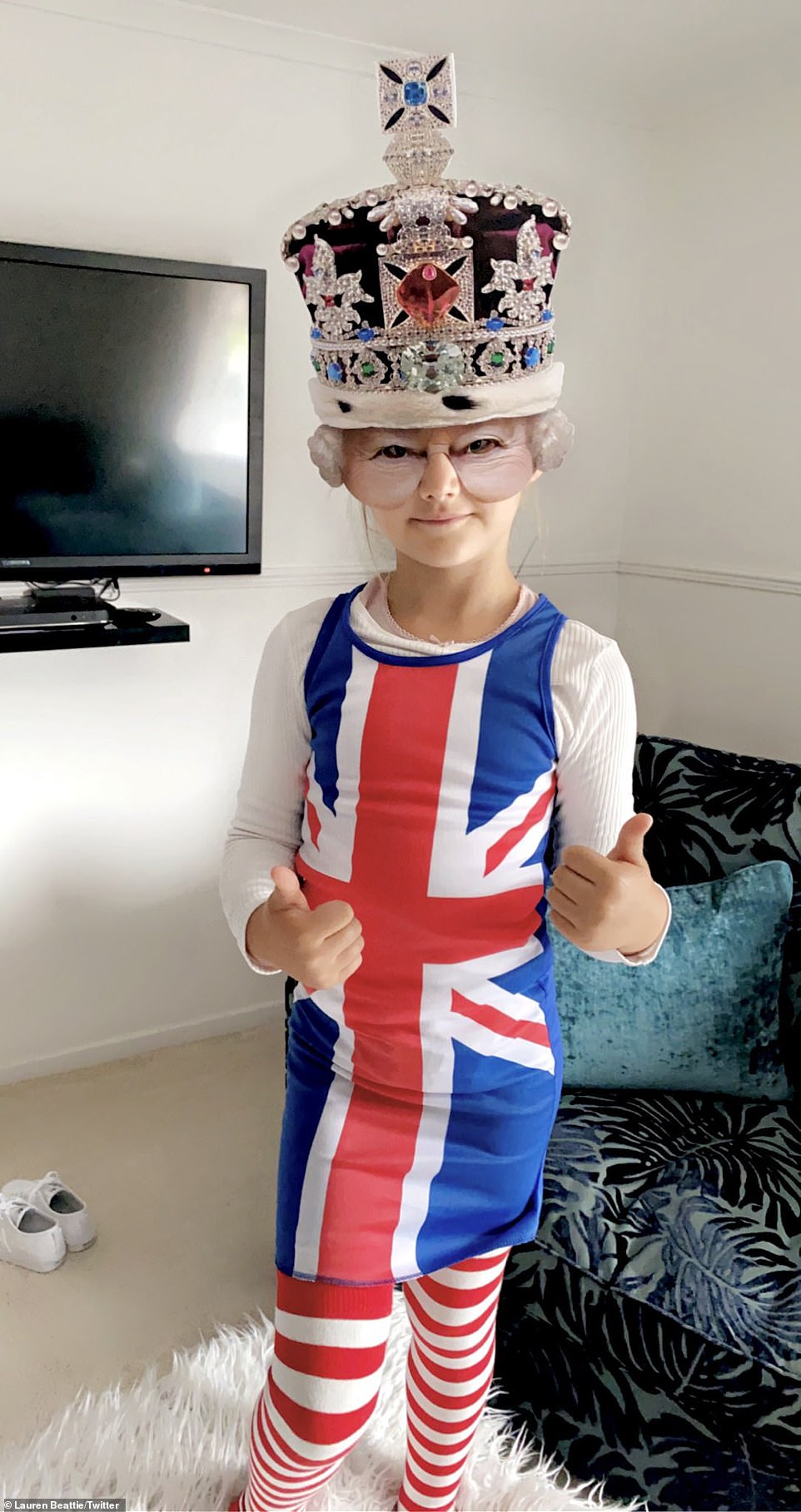 The mother of this proud Queen, Lauren Beattie, shared a proud photo of her daughter ready to attend her school’s jubilee party as children across the UK get dressed up in royal colours 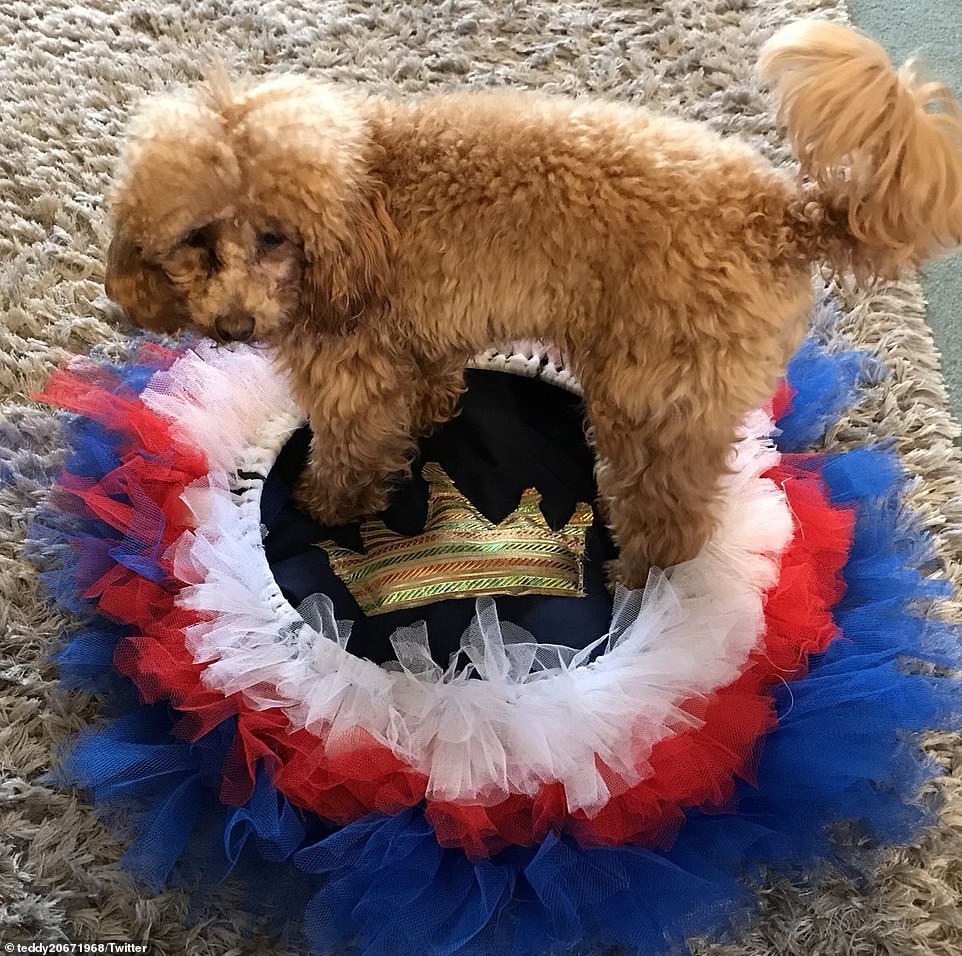 Pets are getting ready for next weeks celebrations too – although this pooch thought the wreath was all about him and tried it out as a bed.

So it’s no wonder royal fans are struggling to contain their excitement as they get ready to pay tribute to the monarch in the most British way possible.

Schools up and down the country are opening up their doors to children for jubilee parties, taking a rare break away from the curriculum to mark the momentous occasion.

Many of these schools are holding their celebrations today – such as St Anthony’s Catholic Primary School in Slough, where teachers have been helping children get ready by drawing union jacks on their skin with skin markers. 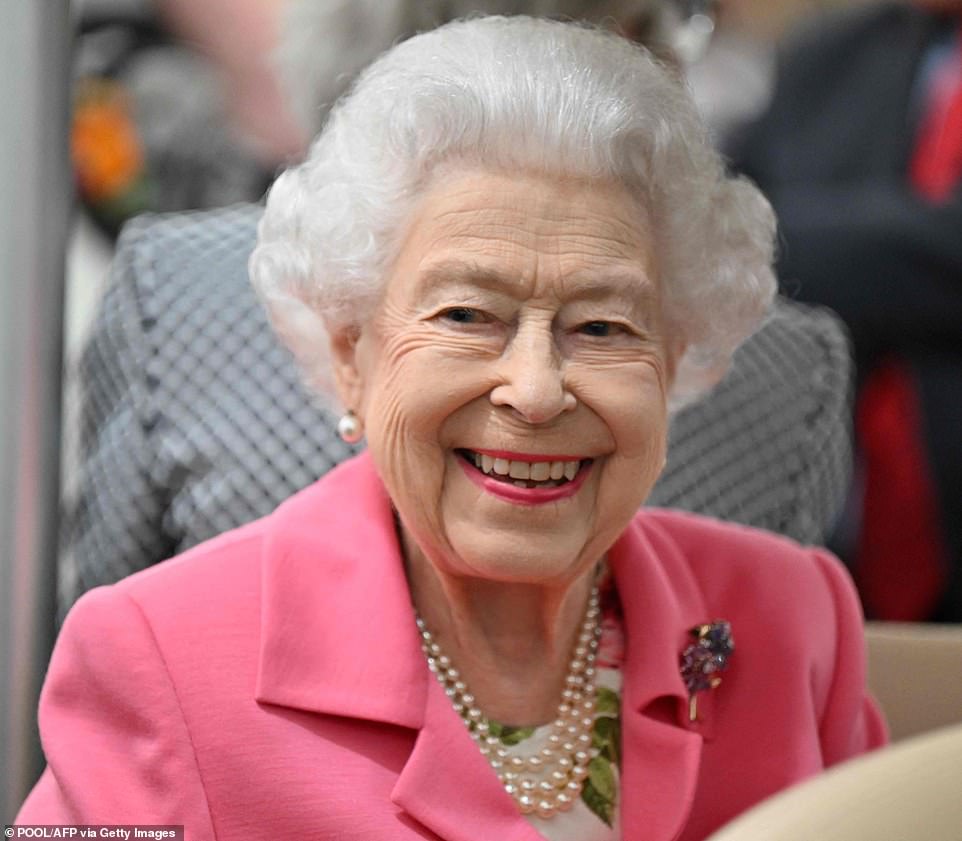 Meanwhile at Mapplewell Primary School in Mapplewell, north of Sheffield, children have been learning about the Queen and her role before making their own Queen Elizabeth II masks.

The school tweeted: ‘We used our fine motor skills and scissor skills to create royal masks. We are ready for the Jubilee party tomorrow.’

Meanwhile numerous proud parents have been sharing their children’s outfits online, with the majority going for a red, white and blue theme.

But for particularly brave parents – or children! – the costuming goes much further by dressing up as the Queen herself, or adorning them with union jacks wherever they can.

Even pets are being pictured joining in the celebrations as owners are posting snaps of adorable UK-themed pet clothes and accessories, from bows to banners and scarves. 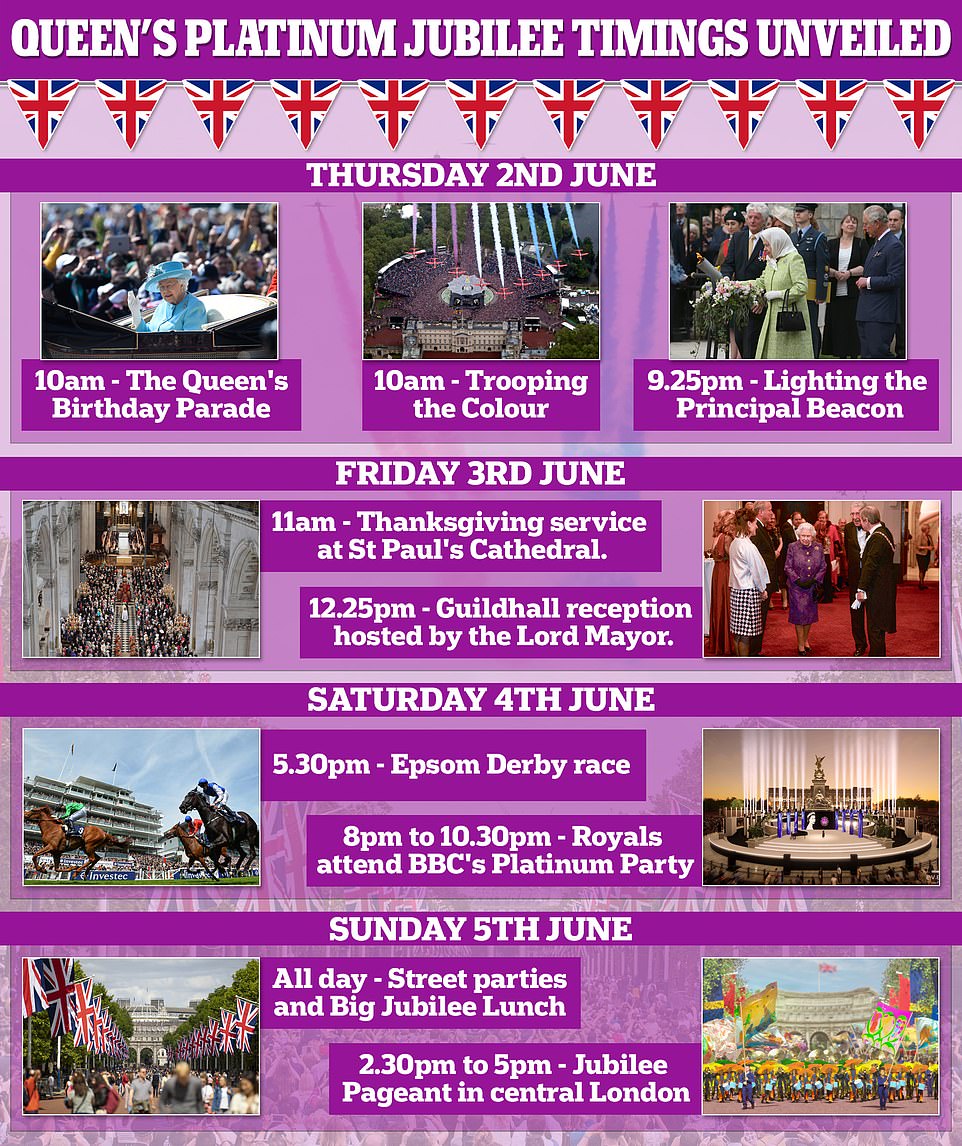 The main celebrations for the Platinum Jubilee will begin next week with an extra two days bank holiday for much of the nation.

It has been confirmed that Price Andrew, Prince Harry and Meghan Markle will all play roles in the Jubilee celebrations.

June 2 marks the official 70th anniversary of Her Majesty’s reign and the centrepiece of the day will be the Trooping of the Colour and a special birthday parade for the Queen which thousands are expected to attend.

Other highlights include a huge party on Saturday night (June 4) which will see huge stars such as Diana Ross perform live for the royal family – it will also be broadcast on TV.

Then the big weekend finishes with street parties across the UK and an all-singing, all-dancing pageant through central London.

The final day, June 5, is the UK’s The National Thank You Day which aims to set up thousands of street parties on Sunday, June 5 to mark 70 years of service by the Queen.