Thousands of flights were delayed or cancelled just before Christmas 2018 after two illegal drones flew on to the runway at Gatwick airport.

Eco-warriors today have tried and failed to launch flimsy "toy" drones in a calamitous bid to disrupt Heathrow Airport. So just how dangerous are drones to aircrafts?

How dangerous are drones to aircrafts?

Anything in the air flying close to an aircraft poses a hazard risk.

Drones vary in sizes and weight, and many of them are very dangerous if they are around planes.

As of July 30, 2018, new laws came into play which ban all drones from flying above 400ft and within 0.6 miles of airport boundaries.

Drone users who flout the height and airport boundary restrictions or fly negligently could face an unlimited fine, up to five years in prison, or both.

In addition to the physical collision risks that drones pose to an aircraft, another big risk is from radio frequency interference.

If this happens, pilots can lose control of the plane, resulting in a crash.

Pilots have called for more testing on the potential impact of a drone on an engine but this would be expensive, reported The Guardian. 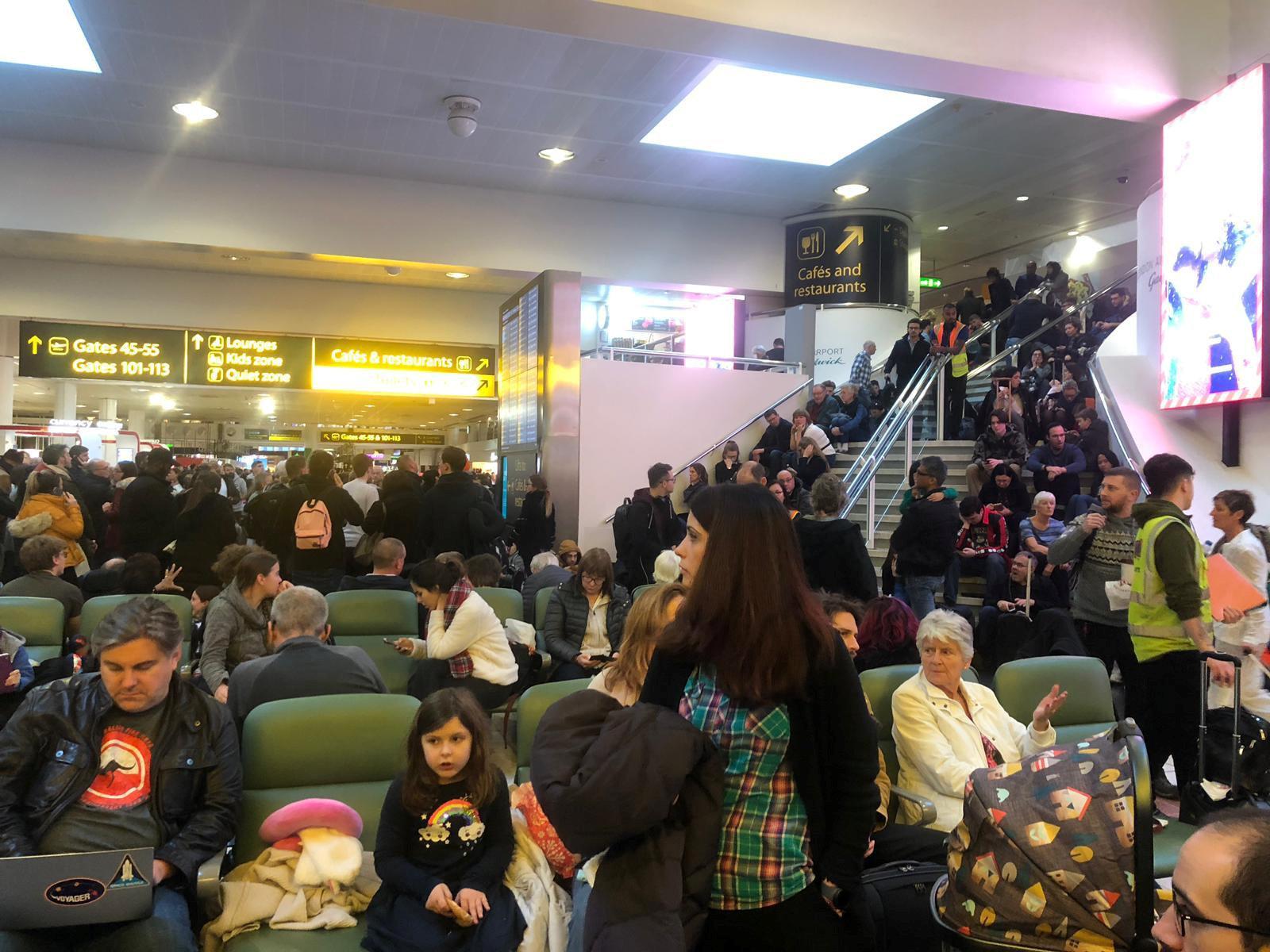 Why do airports shut down?

When there is a risk of drones being close to aircraft, airports shut down and flights become either delayed or cancelled.

They are also aware of the financial impact of disruption caused by drones flying close to airports: the diversions and delays at Gatwick cost tens of thousands of pounds.

Thousands of passengers flights were delayed or cancelled just before Christmas 2018 after two illegal drones flew on to the runway at Gatwick airport.

Passengers were told they could get their money back or a new flight.

Two thousand people were left grounded after their flights were cancelled as a result of the security breach.

By December 22, Gatwick Airport was able to open the runway, aiming to run a full schedule.

A spokesperson said: "Passengers should expect some delays and cancellations as we continue to recover our operations following three days of disruption and are advised to check with their airline before travelling to the airport.

"Safety is Gatwick’s top priority and we are grateful for passengers’ continued patience as we work to get them to their final destination in time for Christmas."

On January 8, the government announced new measures to regulate the use and purchasing of drones.

Drones weighing more than 250g and up to 20kg will need to be registered with authorities.

They will also be prevented from flying within three miles of airports.

However on the same day drones were sighted over Heathrow Airport stopping flights from taking off.

On January 9 all flights were operating as normal as Heathrow tweeted: "Flights at Heathrow are operating normally.

"Our focus is always the safety of our passengers and colleagues and we apologise to those passengers whose journeys have been unfairly affected." 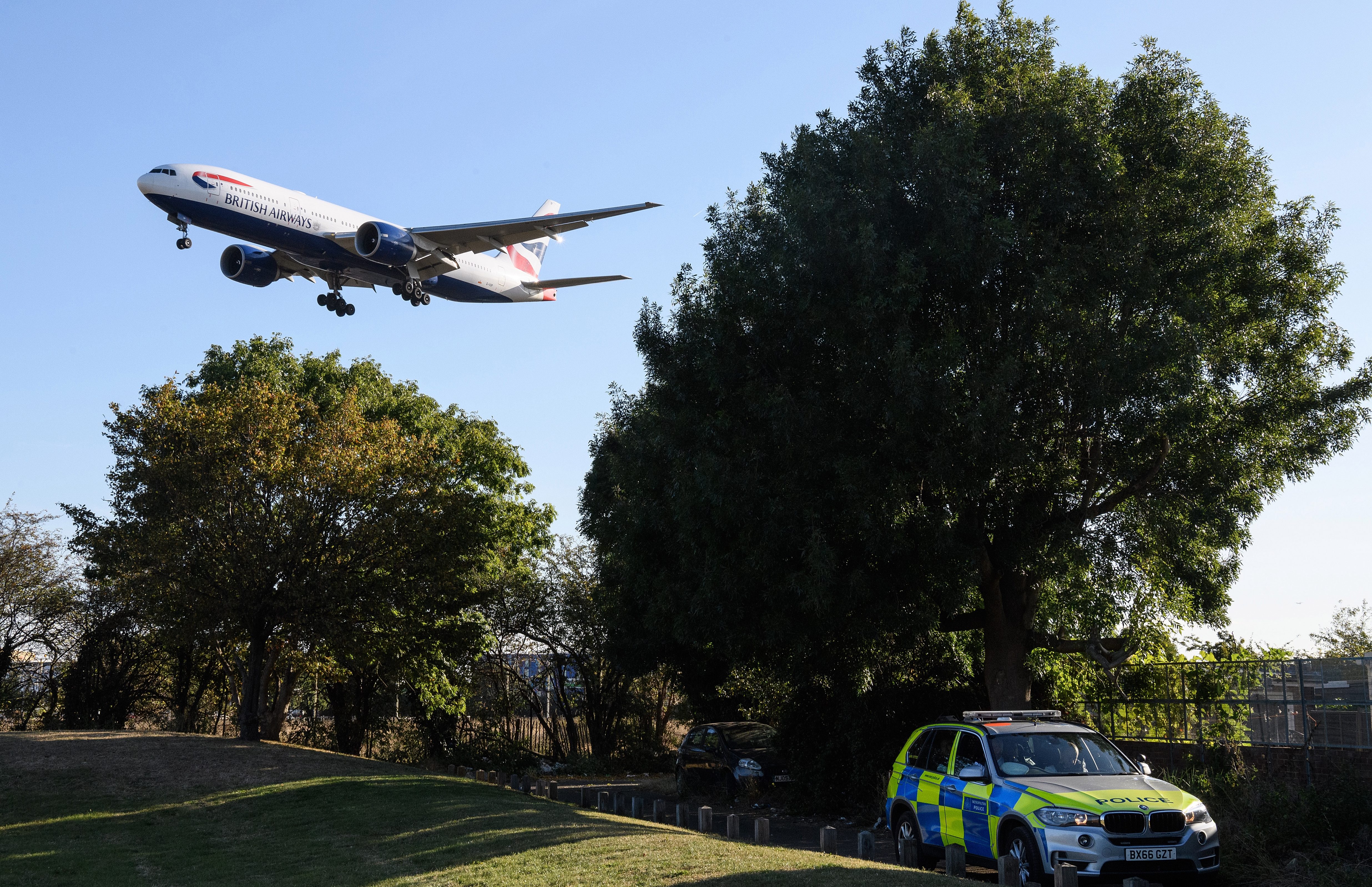 Eco-warriors have tried and failed to launch flimsy "toy" drones in a calamitous bid to disrupt Heathrow Airport.

The woeful plot was busted by police in the last 24 hours leading to the arrest of nine members of activist group Heathrow Pause – a splinter faction of Extinction Rebellion.

Earlier today, a live stream was shared on the group's Twitter account, showing two people struggling to get a drone off the ground.

The two men, filming themselves near a road, said they were experiencing "a technical glitch" as they held the faulty gadget above their heads.

Heathrow Pause has since tweeted that they believe their efforts were thwarted by signal-jamming equipment at the travel hub.

The Met Police said they had arrested two climate protesters who were caught within the 5km exclusion zone of the UK's busiest airport.

They were detained "on suspicion of conspiracy to commit a public nuisance", cops said.

Despite the police bust, some eco-warriors are determined to carry out the protest today – although Heathrow has confirmed that the airport is "fully operational".

One of the drone pilots taking part in the action said as many as 35 people were willing to fly the devices.